This Time Really Is Different 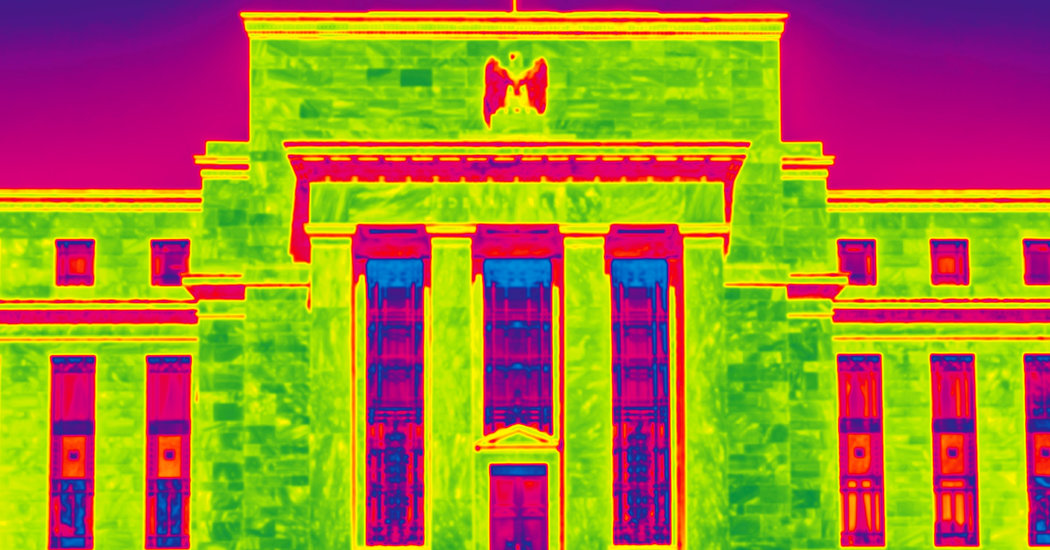 “This time is different.” People always say that as markets spiral, but time usually proves them wrong. Boom and bust, expansion and debt, exuberance and collapse — perspective shows that these are common patterns, as constant as human nature.

“We’ve seen it over the centuries,” said Kenneth Rogoff, a Harvard economist who actually wrote the book on this — he’s a co-author of “This Time Is Different: Eight Centuries of Financial Folly.” And yet Professor Rogoff told me this week that, in some ways, the crisis of 2020 might really be unique.

“I’m not a virologist,” he said. “This is something different, and you need scientific expertise that I don’t have to really assess what’s going on.”

I am afraid that we may be barely grasping the transformative nature of the global calamity that is the novel coronavirus. It helps, a little, to think in meteorological terms. View it as a major hurricane — one that still appears to be gathering force.

Corporate earnings are falling, and broad sectors of the stock, oil and commodity markets have taken fierce punishment. With a decline in American stocks of more than 20 percent from their peak, the 11-year American bull market died on Wednesday. All on its own, that would be monumental news. So would the excluding of fans from March Madness basketball games, the National Basketball Association’s suspension of its season, the cancellation of conferences and the banning of flights, to say nothing of the great diaspora of office workers who have been sent home, to work at a presumably safe remove from nodes of infection.

Yet even these developments seem trivial in the face of the rising death toll, with mind-boggling predictions of millions of additional infections and thousands of further deaths before the disease is expected to have run its course.

It is impossible, at this early stage, to adequately quantify the economic effects of so much illness — and of the mass quarantines, lockdowns and voluntary “social distancing” in so many communities, companies and countries. Whether this event really turns out to be a storm from which the economy rebounds, or a cataclysm that wreaks far more consequential changes, cannot be easily answered.

The epidemic’s outcome in the United States may hinge on whether the country can muster a spirit of public generosity and a trust in government transparency, neither of which has been conspicuously present.

Add those to the tally of important but unknowable factors.

But a few things can be said with a high degree of probability.

Professor Rogoff estimates that a global recession is “at least 80 percent likely,” with China bearing much of the brunt and other emerging-market countries likely to be severely pounded.

Compared with most other countries, the United States is in good shape, despite its evident problems, several economists said. The U.S. dollar has again been a haven, said Eswar Prasad, a Cornell and Brookings Institution economist. If anything, he said, “the financial power of the United States has grown in stature since the 2007-2009 financial crisis.”

That power would be wasted, Professor Rogoff said, if the United States did not use its resources both to aid other nations and provide succor to the impoverished people within its own borders.

“I wouldn’t blink an eye if we spent $500 billion or $1 trillion on fiscal stimulus, if it is directed at the people who need it most,” he said.

Central banks are providing relief by lowering core interest rates. But rates are already near zero in the United States, and even lower than that for many European and Asian bonds. There’s only so much the banks can do. So some officials and scholars are contemplating even more radical experiments than the banks have engaged in over the last decade, like buying corporate debt in the United States or even issuing digital money that would pay variable interest rates, targeted to the borrower.

Governments are beginning to try to provide economic balm with fiscal stimulus. There’s nothing wrong with that in principle, but the classic remedies weren’t designed for a coronavirus.

A payroll tax cut, proposed by President Trump, won’t set off a wave of spending if people are huddling at home. Huge amounts of spending won’t help workers in Wuhan or Milan get back to their factories if they are quarantined. Nor will it aid service sector workers in the United States who lose their jobs if people stop going out to eat because they simply don’t know if they have been infected with the virus. And it’s not clear how vital small businesses, which are suffering enormous losses, can be adequately bolstered.

During the Great Depression, President Franklin Delano Roosevelt calmed and inspired people around the world when he declared: “The only thing we have to fear is fear itself.”

The president of the United States addressed the world from the Oval Office on Wednesday night and announced a ban on most air travel from Europe as a cure for America’s problems. His speech did not have a calming or inspirational effect: It was roundly denounced, and the market reaction was pandemonium.

But there is no shortage of solid suggestions. Providing paid sick leave and medical coverage to those who don’t have it, strengthening unemployment insurance “and generally repairing the frayed social safety net in the United States” are useful options, said Alicia Munnell, a Boston College economist.

Oddly, though, the most important boon to the economy might come from something simpler: a general conviction that government, businesses, nonprofits and individuals are responding effectively, and that a semblance of normal life will soon resume.

But the epidemic’s relentless math, and the bumbling start to the recovery effort in the United States, suggest that we won’t be close to that moment for many weeks.