Three Things Lockdowns Have Exposed About Working and Parenting 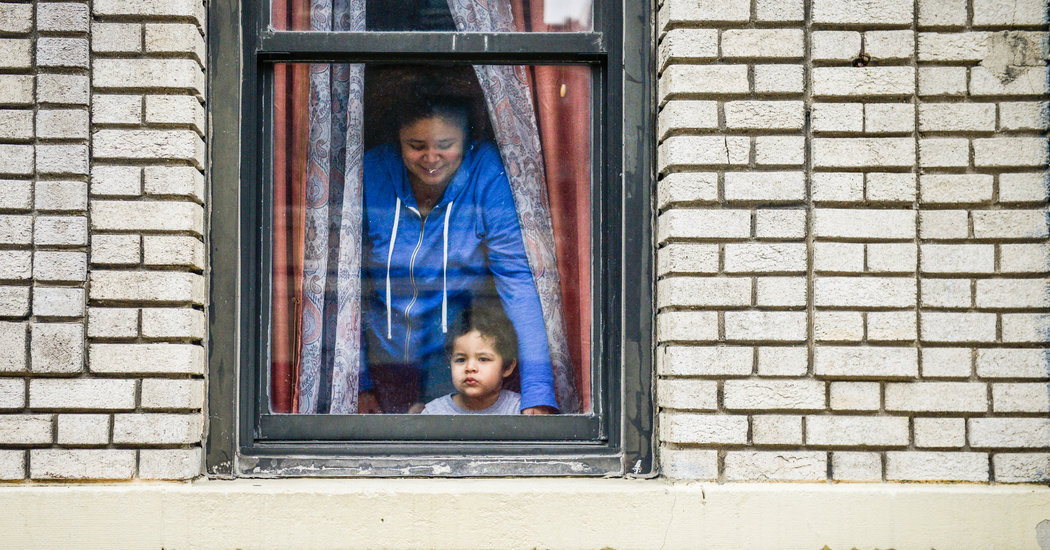 If you’re an involved parent, especially a mother, you’re supposed to play down that fact at work or risk being penalized — at least at many American workplaces. Family caregiving has been considered a private matter, one that should not interfere with job responsibilities.

But social distancing has given the lie to that idea. Now, with children popping up in Zoom meetings and with essential workers needing to go to work despite having no child care, it’s impossible to hide what has always been true: Raising children is a round-the-clock responsibility.

Current circumstances, with offices and schools closed because of the coronavirus outbreak, are extreme. But they have exposed uncomfortable truths about working families. One is that parenting is not confined to after-work hours. Another is that raising children is not just a lifestyle choice, akin to a demanding hobby. A third is that working parents can’t do it alone.

“Our current situation is posing fundamental challenges to the idea that personal and professional identities can be kept separate,” said Lakshmi Ramarajan, a professor at Harvard Business School.

Parents can no longer hide the messy realities of the work-family juggle. Chad Verly, a creative director in Evanston, Ill., and a father of three, ages 2, 7 and 9, is now working from his bedroom closet. “My co-workers keep asking me things like, ‘Have you seen Tiger King?’ and I just want to yell: ‘Are you kidding me? Who has time to sit around and watch TV?’”

Life at his household is more like this: He was recently doing the breakfast dishes, halfway out of his exercise clothes, while trying to help his wife and second grader with online learning software, when his boss called. “So I end up taking a work call in my closet in my underwear,” he said. “Three minutes later, my daughter wanders in needing a diaper change.”

When researchers sent fake résumés to employers, identical except for a line about being a member of the parent-teacher association, women presumed to be mothers were called back less often. When workers asked for flexibility for family reasons, they were penalized, research found — yet those who hid that they were spending family time were not.

Now — for parents lucky enough to be healthy and employed during the pandemic — their conflicting demands are out in the open.

The expectation that “work demands and deserves single-minded devotion has long been a fiction,” said Mary Blair-Loy, director of the Center for Research on Gender in the Professions at the University of California, San Diego. “This fiction has now been laid bare.”

When schools closed, Bridget Hughes, a fast-food worker and mother of three in Kansas City, Mo., had to cut back her hours. Her family has gone back on public assistance as a result.

Because she and her husband, a gas station cashier, have jobs that can’t be done from home, each day is a child care puzzle. She works afternoons and evenings. He works nights. In the mornings, he sleeps and she oversees home school for the children, who are 6, 8 and 11.

“All the while, I’m keeping in the back of my mind I have to take these extra precautions, because I am having to go out of the house and could potentially expose them to this virus,” said Ms. Hughes, who has been working with Fight for $15, an advocacy group, on health benefits for fast-food workers.

Raising children is not just a personal choice

The United States has always resisted the idea that taxpayers should support working parents. There are no federal benefits like paid parental leave or public child care. But some researchers argue that because children are future taxpayers — and future doctors, teachers and firefighters — parents are contributing to society by raising them.

The same debate emerges in workplaces. If employers don’t give workers time for demanding activities like animal rescue or marathon running, the argument goes, why should parents expect special treatment?

“Raising the next generation is not the same as a private frolic like hang gliding,” said Joan Williams, director of the Center for WorkLife Law at the University of California, Hastings. “Who’s going to take care of the hang gliders when they’re 65 and ill? It’s my children. The opposite is not true. Raising the next generation is a public good, not a purely private good.”

The issue isn’t who deserves time outside work, researchers said, but the culture of overwork. Productivity and morale increase when people have time for their personal lives, during a crisis or not.

“Everyone deserves to be able to prioritize parts of their life aside from work,” said Erin Reid, a sociologist at the McMaster University business school in Hamilton, Ontario. “Very few people are content with work as the central and only component of their life.”

Working parents can’t do it alone

Once two-income families became more common, in the 1980s, one idea was that the government and employers would help women and men combine work and family. But the opposite idea prevailed — that it was up to individuals to figure it out. Unlike people in other advanced nations, American parents have little structural support.

Now, with schools and child care centers closed, it’s obvious how much child care is a societal, not just an individual, need. Essential workers can’t show up without child care, and remote working parents struggle to work anything close to full time.

Dr. Purva Gopal, a pathologist in Dallas whose children are 1 and 3, does her remote work early in the morning and late at night, or in stolen minutes “during which one or both girls are hugging my legs or asking to be picked up.” One day when she had to work in the hospital and her husband, also a physician, had back-to-back calls, he took them in the hospital parking lot with their daughters strapped in their car seats.

“Employers will hopefully wake up to how much their employees’ work depends on other social institutions,” said Ms. Ramarajan, the Harvard professor.

Even as lockdowns have revealed truths about working parents, there’s no guarantee that attitudes will change. Some fear that parents of young children — especially mothers, if they’re doing more child care and home schooling — will be penalized even more.

Or, the crisis could force employers to rethink what it takes to produce good work. Employers could recognize the need for things like paid leave, affordable child care, predictable schedules, reasonable hours and remote work.

“The idea that if you want to be perceived as professional, you have to make believe like you don’t have children or other responsibilities?” Ms. Williams said. “That’s certainly over for the time being, and I’d be surprised if it ever comes back in quite the same way.”