Time is running out for JCPenney 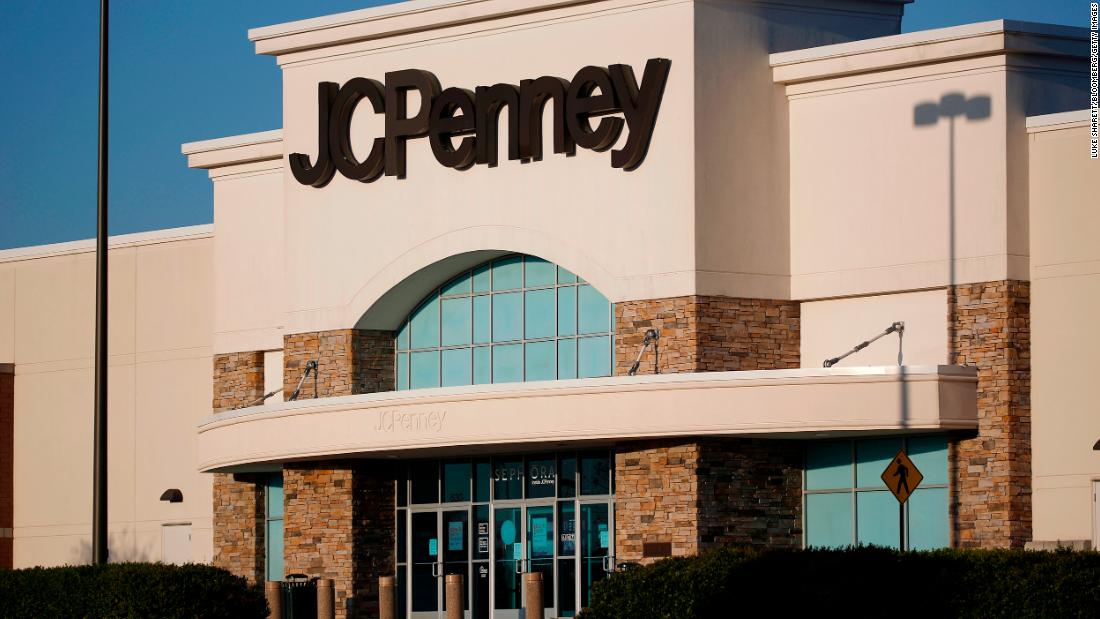 With two missed debt payments in the past month and only a tiny fraction of its stores able to reopen, JCPenney could be the next iconic retailer to file for bankruptcy — perhaps as soon as this week.

Last week two national retailers, Neiman Marcus and J.Crew, both filed for bankruptcy protection.
JCPenney’s first missed debt payment, $12 million due to bond holders, came on April 15. The second missed payment, for $17 million, came on a credit line this past Thursday. The grace periods for the two missed payments expire on Thursday and Friday of this week.

The company won’t comment on whether it is planning a bankruptcy filing before those grace periods end, but many industry experts expect it to do so. JCPenney’s fate is clearly in the hands of its lenders.

“JCPenney made the strategic decision to not make an interest payment due on May 7 and take advantage of the grace period to continue ongoing constructive discussions with lenders and maximize financial flexibility,” the company said last week. “JCPenney has been engaged in discussions with its lenders since mid-2019 to evaluate options to strengthen its balance sheet, a process that has become even more important as our stores have also closed due to the pandemic.”

The company had $3.6 billion in long-term debt on its books as of February 1.

JCPenney’s (JCP) shares were down nearly 8% Monday, falling to less than 16 cents a share. Its stock is down 86% so far this year — falling so low that it’s at risk of no longer being traded on the New York Stock Exchange later this year, even if it doesn’t file for bankruptcy.
As states lift stay-at-home orders, JCPenney and other retailers have started to reopen stores. Only 16 JCPenney stores out of nearly 850 nationwide have reopened. Another 15 stores are allowing curbside pickup of orders, and more store openings are expected to be announced Wednesday.
Paradoxically, more store reopenings could actually increase the chance of a bankruptcy filing. When businesses file for bankruptcy and intend to stay in business, they need to take out additional loans to fund those operations during the reorganization. But those loans are often paid off with the proceeds of store closing sales. Without them, reorganizing in bankruptcy becomes more difficult.
JCPenney has been announcing store closing plans for years, most recently in February when it announced it would shut an additional six stores. Its store count is down from 1,000 three years ago.
With about 850 remaining stores and 90,000 employees, JCPenney is among the largest US retailers to file for bankruptcy in recent years. It has more US stores than other troubled companies such as Sears, Toys “R” Us or Sports Authority did when they filed.