To Disinfect a Police Car in a Pandemic, Software Cranks Up the Heat 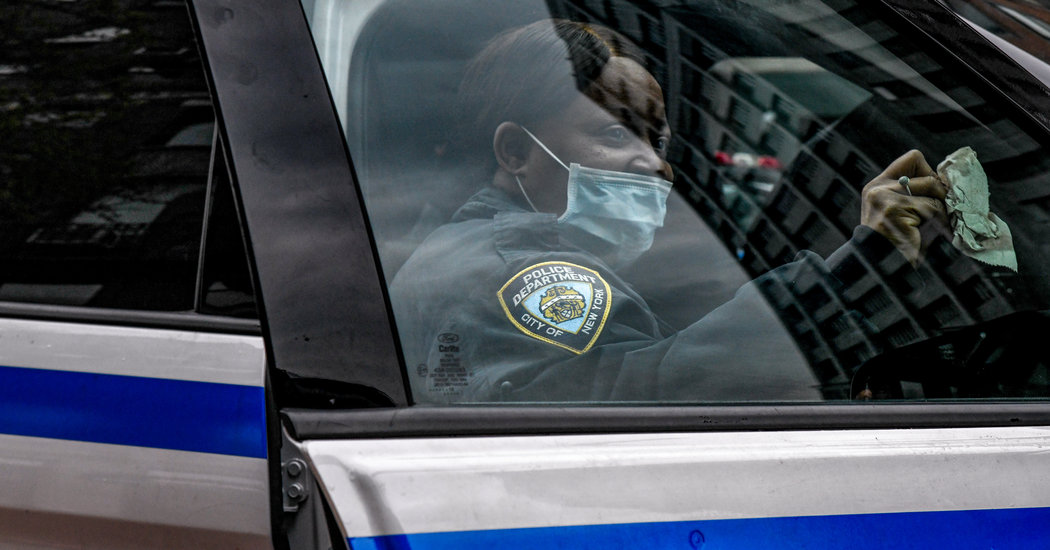 Over the last two months, law-enforcement agencies around the country have increasingly found themselves transporting people infected with the coronavirus, and facing the challenge of how to quickly and effectively sanitize their vehicles.

“We’ve been doing it by hand, wiping down the seats and interior with 70 percent alcohol and water,” said Robert Martinez, deputy commissioner for support services at the New York Police Department. “But with the virus, you can’t see it, so you don’t know if you’re getting every surface and every nook and cranny.”

Now Ford Motor, a major supplier of police cruisers, has come up with an answer. The carmaker has developed a software update that can raise the interior temperature to 133 degrees Fahrenheit for 15 minutes, which it says is enough to eliminate the virus.

The New York Police Department, with about 9,000 vehicles, mostly from Ford, is one of several law-enforcement agencies adopting the feature.

Mr. Martinez said that it would take time to install software updates on all the Ford vehicles in the New York police fleet, but that the method seemed promising. “This is a pretty comprehensive, sure way of knowing that you killed the virus, or even bedbugs or other things,” he said.

The feature is available on the Ford Police Interceptor S.U.V.s for the 2013 to 2019 model years. Some 176,000 of those vehicles were sold, making it one of the top models used by law enforcement.

To be sure this approach would be effective, Ford turned to Ohio State University, where researchers examined the ability of high heat to destroy viruses in vehicles. The researchers performed tests using a coronavirus similar to the strain that has caused more than 100,000 deaths in the United States, said Jesse Kwiek, an associate professor of microbiology at Ohio State.

A solution containing the virus was spread on the carpet, plastics and other materials used for the interiors of Ford’s police vehicles, and those parts were heated to 120 degrees for 15 minutes, Mr. Kwiek said.

At that temperature, the study concluded, the protein that is a crucial component of the virus’s structure unravels. “Of all the materials we tested, we were never able to recover infectious viruses for any,” he said.

Bill Gubing, Ford’s product line manager for S.U.V.s and passenger vehicles, said the automaker heard of the problem of decontaminating police vehicles in March as the coronavirus began spreading rapidly across the country.

“Our engineers thought about how an autoclave is used to sterilize medical instruments,” Mr. Gubing said, referring to the heated containers used at high temperatures and pressures. The engineers envisioned “a way to do something like that with a vehicle,” he said, “because we have a perfect heat source right there,” the engine.

The company developed an update for the vehicles’ engine-control software that creates a sanitation mode that can be activated by pressing a series of buttons on the steering wheel. The software checks whether there is enough gasoline to keep the engine running for the 80-minute process, and prompts officers to ensure that no one is in the vehicle and no sensitive electronics remain inside.

With the doors and windows closed, the software heats the interior to 133 degrees. After 15 minutes at that temperature, the vehicle’s air-conditioning comes on to cool off the interior.

Mr. Gubing said the process should not damage interior parts. Metal would be unaffected by 120-degree heat, he said, and plastics typically melt at 212 degrees or higher.