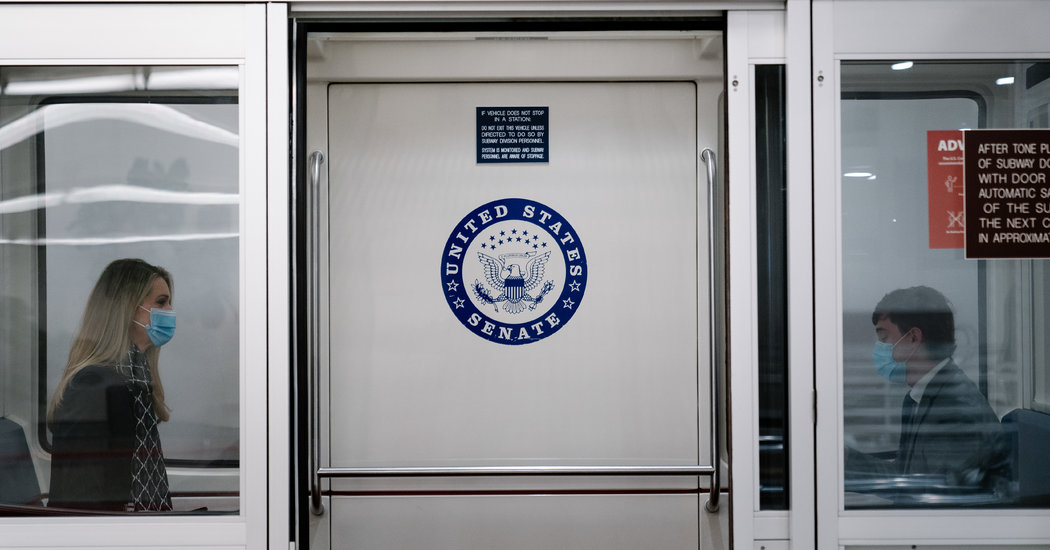 The idea is that even the appearance of a conflict — a senator writing aviation policy, say, who owns stock in Boeing — undermines the public’s already abysmally low trust in Congress and therefore its ability to legislate effectively. Congress, they point out, already makes similar conflicts of interest illegal for executive branch employees, and thousands of federal officials undergo ethics reviews each year that often require them to divest any financial interests they have in companies or industries that their work could affect.

For his part, Senator Mitch McConnell, Republican of Kentucky and the majority leader, said that each member should be allowed to invest as they saw fit.

“As for myself, I decided many years ago I was more comfortable not owning individual stock,” he said in a statement.

A review by the Campaign Legal Center found that between early February and early April, as Covid-19 roiled the markets and Congress approved about $2.8 trillion in relief programs that touched almost every corner of the American economy, 12 senators made 227 stock purchases or sales worth as much as $98 million. In the House, 37 members made 1,358 trades worth as much as $60 million.

“Multiple members are picking stocks and trading at the same time they are picking industry winners with a bailout,” said Kedric Payne, general counsel for the group who worked on the study.

Practical considerations are also moving other lawmakers to reconsider. Even if a lawmaker accused of insider trading, like Ms. Loeffler or Mr. Burr, can ultimately prove they acted legally and ethically, doing so can be costly.

As Ms. Loeffler found this spring, in a highly polarized political and news media climate, many voters are not waiting to see what lengthy investigations find. Ms. Loeffler decided along the way to divest her portfolio from almost all individual stocks and stepped down from a subcommittee that indirectly oversaw the company led by her husband. She conceded no wrongdoing but said, realistically, that her denials were simply “being ignored.”