To save the US economy, we need to save jobs. This program could do that (opinion) 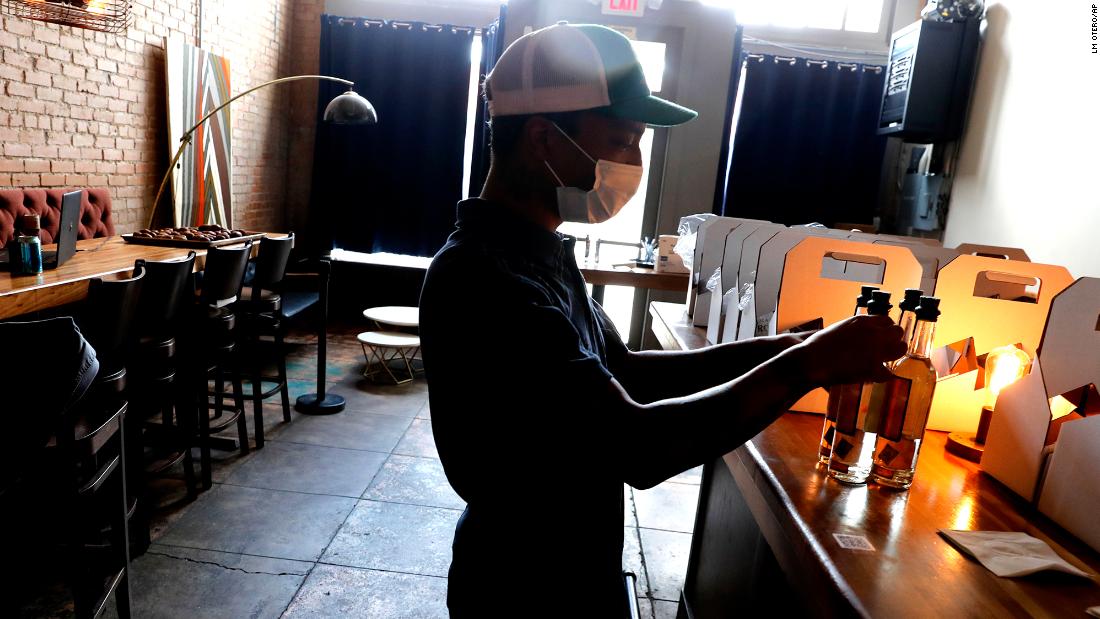 Lawmakers must rethink how they provide this help to address a critical element missing from the policy response thus far: restoring and preserving jobs.

Fortunately, there have been several proposals from both Democrats and Republicans that could do just that. These employee retention policies would provide hard-pressed businesses with funds to rehire and keep workers on their payrolls. They would also defray a portion of operating costs, so businesses are ready to snap back into action once demand for their goods and services revives. A very limited version of this type of policy, the Employee Retention Tax Credit, was part of the CARES Act, the largest of the fiscal rescue packages passed so far.
We know such policies preserve jobs because they have done so in other countries. Indeed, the United States has the ignominious distinction of suffering the largest increase in unemployment of any major economy. Countries such as Germany and Australia that have implemented employee retention programs have suffered increases in unemployment that are about half that of the United States. Only here in the US is policy not geared to keeping workers out of joblessness — and all the disruption and financial stress that entails.
Enabling firms to pay their employees allows working families to efficiently receive the financial support they need. This would reduce pressure on the nation’s creaky unemployment insurance system and allow workers to remain on or return to their employer-sponsored health plans. Unlike the current Payroll Protection Program, which allows companies to obtain forgivable loans to pay for their payrolls, an employee retention program would not rely on banks to provide the funds and risk excluding the smallest businesses that lack the necessary banking relationships.
Keeping workers connected to their employers facilitates a smoother and stronger recovery. Many employers have furloughed workers, but the longer the crisis lasts, the more those furloughs will turn into layoffs and break the relationship between employers and workers. Moreover, without support, business bankruptcies and failures could be widespread enough to impede the economic recovery, which happened during the financial crisis. Many workers who think they will return to their employer won’t have an employer to go back to.

Critically, employee retention policies provide the flexible support workers and businesses will need if the virus continues to intensify or a second wave hits later this year. Financial pressures have left many businesses with little choice but to reopen as soon as lockdowns lifted and employees to return to work as quickly as possible. The consequences of such pressures are now evident. As re-openings stall or reverse due to the spread of the virus, it’s likely that workers that returned are being laid off a second time and will once again have to obtain unemployment insurance. If employee retention policies were in place, businesses could continue to pay workers while they implement the gradual re-openings that health officials have called for.

Critics argue that employee retention policies can become counterproductive if they remain in place too long. The pandemic will result in significant changes to how businesses operate and households live and work, but this adjustment could be delayed by supporting businesses that are no longer viable and preventing workers from shifting to more productive firms. This could reduce economic growth and ultimately increase unemployment. No argument there. But the scale and unpredictability of the pandemic argue in favor of pursuing a variety of treatments for the broad economic pain. Besides, these concerns can be addressed by linking the support to the economy’s performance. As business sales pick up and unemployment declines, the benefits available under these policies wind down.

Another potential concern is that, unlike many other countries that implemented these programs early in the crisis, the United States is starting with an already high double-digit unemployment rate. It is untested as to whether and how quickly new employee retention policies will incentivize businesses to rehire workers. For this reason, providing support for businesses to pay wages should be viewed as a valuable complement to existing programs, including enhanced unemployment insurance, food assistance, state and local fiscal support and Medicaid. All are needed until the labor market heals.

Employee retention policies could be costly, but the costs of relying on other government programs to support the economy would cost even more. Even more expensive in such a circumstance would be for policymakers not to respond at all.

Covid-19 infections have reignited as businesses reopened too quickly in many parts of the country. A strong V-shaped recovery is unlikely. The risk now is the economy will backslide, suffering long-lasting double-digit unemployment. Whether it does depends on the decisions Congress and the administration make in the next few weeks. Adopting employee retention policies, which have advocates on both the left and the right, would ensure that it doesn’t.