Too Big to Fail: The Entire Private Sector 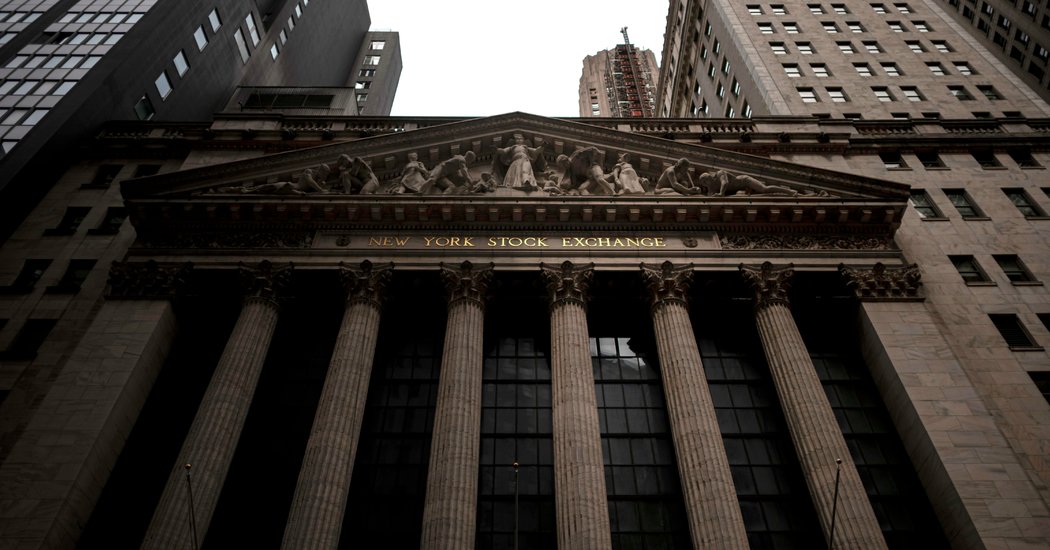 During the 2008 financial crisis, Wall Street banks and other big financial institutions were deemed “too big to fail.” The crisis unleashed by the pandemic has broadened that elite status to a significant swath of the American private sector.

In a bid to soften the coronavirus’s economic blow, the government has stretched its financial safety net wide — from strategically sensitive companies, to entire industries such as energy and airlines, to the market for corporate bonds.

“The ‘too big for fail’ that existed for banks has now extended to a lot of other firms,” said Luigi Zingales, a University of Chicago professor of finance who has long studied the interplay between government, regulation and the private sector.

A decade ago, the Federal Reserve was instrumental in keeping the banking system from going bust. This time around, the Fed’s actions are far more sweeping, and it has essentially propped up entire financial markets with its bottomless ability to buy assets with freshly created money.

Jerome H. Powell, the Federal Reserve chair, has signaled that the central bank will continue to do so. On Monday, the stock market closed up 3.2 percent, bolstered partly by comments from Mr. Powell, who said that there was “really no limit” to what the central bank could do with its emergency lending facilities.

“The one thing I can absolutely guarantee is that the Federal Reserve will be doing everything we can to support the people we serve,” Mr. Powell said during a television interview broadcast on Sunday.

While the Fed says it does not seek to keep stock prices up, the market has rebounded some 30 percent since the institution began its giant program to pump trillions of dollars into financial markets. It has bought billions of dollars’ worth of U.S. Treasury bonds and government-insured mortgage bonds, keeping the prices of those bonds up, and pushing yields, which move in the opposite direction, down.

The Fed also announced recently that it would start to buy exchange-traded funds that hold a diversified portfolio representing large parts of the more than $9 trillion corporate bond market and will move on to buying corporate bonds directly “in the near future.” Since such bonds serve as the basis for new borrowings, this lowers the cost of raising money for corporations tapping the bond markets.

The government has also earmarked enormous sums for certain industries. Airlines could receive some $50 billion in loans and aid in the $2 trillion CARES Act. The law set aside around $17 billion “for businesses critical to maintaining national security,” a pot widely seen as being intended for the aerospace and military giant Boeing, which was struggling even before the coronavirus all but halted air travel. (News of the backstop ultimately helped Boeing avoid taking government money, as investors were more confident about lending it money in the bond markets.)

These sorts of government actions produce strong feelings, especially among those who say that the sink-or-swim discipline of markets that operate without government support leads to a stronger and more dynamic economy. Government involvement risks creating a generation of zombie companies too weak to succeed without Uncle Sam’s help, the argument goes, and interferes with the process of destruction and innovation that makes capitalist economies productive.

Could be. But, for investors, such points are largely irrelevant. The bailouts, backstops or safety nets are a reality. That suggests that the conventionally accepted rules of investing are changing. Investors who expect markets to adhere to free-market dogma will quickly find themselves flummoxed by the movement of prices.

Exhibit A: the stock market. The S&P 500’s recent rise has appeared increasingly detached from what are usually thought to be the key drivers of equity prices, corporate profits and economic growth. But the romp makes sense if investors account for the trillions of dollars that the Fed has created and pumped into financial markets over the last few months, some of which has wound up migrating to stocks.

That’s not to say that the great backstopping will only help investors. After all, government support typically comes with plenty of political strings attached.

After the 2008 financial crisis led to bailouts of large parts of the financial sector, a renewed regulatory push limited the ability of banks to take big risks and maximize profits. That protected taxpayers, but muted the rates of return on financial stocks.

Mr. Zingales said that this time around, regulations could begin to limit share repurchases, which have boomed in recent years and helped support stock prices. Over the last decade, American corporations have emerged as the biggest net buyers of the stock market, providing a crucial source of demand for shares. Buybacks also have shrunk the supply of shares available to be purchased by other investors. And since investors often value stocks based on profits per share, reducing the number of shares makes it easier to keep per-share growth numbers high enough to attract investors.

The surge in buybacks has received plenty of criticism in recent years, especially from the political left. But Mr. Zingales says that he was largely unsympathetic to such concerns until recently.

With the government showing it is willing to ensure the survival of some companies, share repurchases are no longer a matter that concerns the corporation and its shareholders — especially if those same companies that spent large amounts of cash on buybacks turn to taxpayers for help when the going gets tough.

For instance, Boeing, which the government was willing to support with billions of assistance, spent about $35 billion to buy back its shares between 2015 and 2019.

“If you think about cases like Boeing, it is kind of problematic,” Mr. Zingales said.