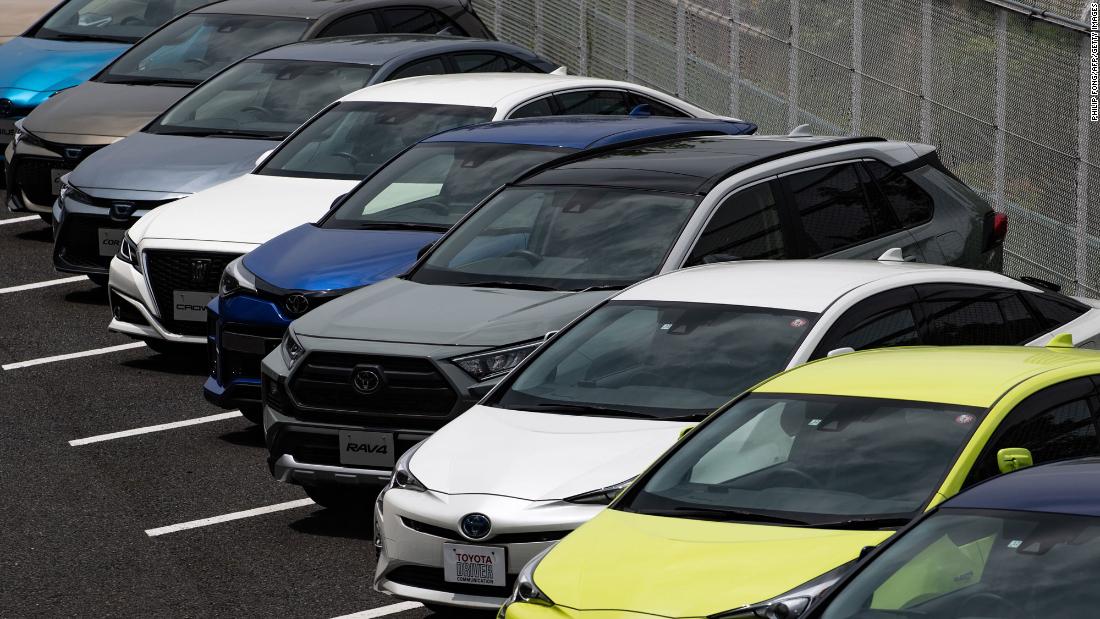 The Japanese automaker, one of the world’s largest, said Tuesday that it expects operating profit to reach just 500 billion yen ($4.7 billion) this fiscal year. That would be the smallest profit for Toyota in nine years. For the year ended March 31, the company posted profit of 2.4 trillion yen ($22.3 billion), slightly weaker than it estimated in February.

Toyota said it expects to sell 7 million cars this year, down from the nearly 9 million it sold last year, not including sales from smaller automakers it owns like Daihatsu and Hino. The company said it was “extremely hard to predict sales because it is likely to vary greatly from region to region.”

In addition to the projected drop in car sales and revenue, Toyota said that its profits would also be hurt by the value of the yen, which is strengthening against the US dollar. (The yen is a safe haven currency that investors traditionally flock to during times of market volatility.)

Global automakers were already facing a steep recession before the coronavirus pandemic forced them to close plants, bringing manufacturing and sales in many parts of the world to a standstill.

Toyota has been gradually reopening factories. It began reopening European plants last month, and is resuming some output in North America after bringing production to a halt two months ago.

The company also said it expects something of a rebound later this year: Sales should slowly recover in the months ahead and reach 90% of the levels seen in previous years by the end of 2020.

Honda (HMC) also reported earnings Tuesday, and said it could not give a forecast for the new fiscal year because of economic uncertainty caused by the coronavirus. The automaker said that operating profit fell 13% to 634 billion yen ($5.9 billion) last year.