Traders learn to adapt in biggest homeworking shift since 9/11 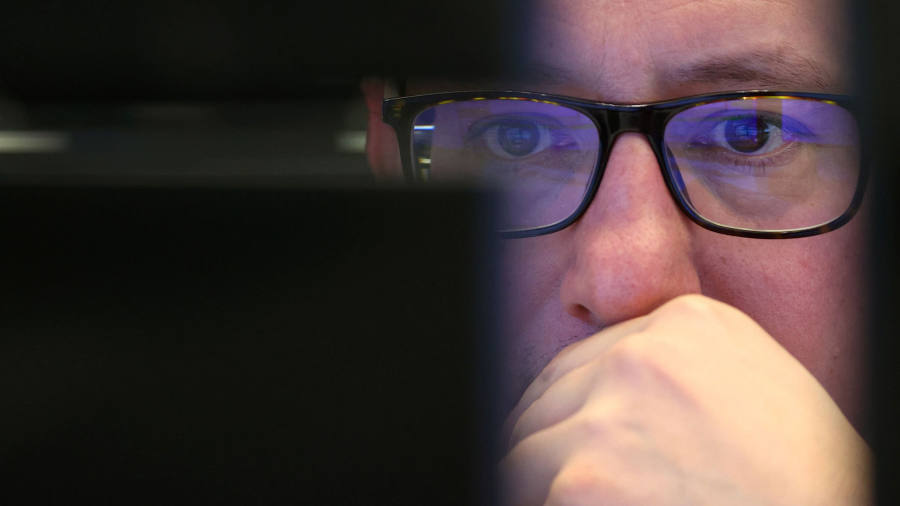 For the asset management arm of one European bank this week, the back-up plans appeared to be running smoothly. The firm had listened to the medical advice, told some of its bond traders to work from home and dusted off its little-used business resilience plan.

Then a storm hit the markets on Monday and the portfolio managers wanted to react. They hit a serious problem.

“Our traders can’t go into the system and do a trade remotely — at least they couldn’t until we tweaked the rule,” the chief information officer of the asset manager said. The firm had considered freeing up remote access in the past, he said. “But we didn’t actually make it possible until the virus.”

Getting by has become common as bankers, brokers and asset managers accustomed to working in a highly customised work environment are split up and sent either to work from home or at back-up sites in satellite towns around big trading hubs.

It is shaping up to be the biggest test of the physical infrastructure for trading since the September 11 attacks of 2001, when thousands of traders in New York were sent home. This dislocation appears to be contributing to the dramatic volatility in equity and bond prices.

“The mass relocation of a significant fraction of market making . . . has almost no historical precedent in terms of its reach or scale, with the exception of 2001,” said Joshua Younger, an analyst at JPMorgan. “Liquidity overall could also suffer, with some signs of emergent stress . . . in even benchmark Treasuries.”

Many markets have changed dramatically in the last 19 years. The vast majority of trading in equities, futures and currencies is now done not by humans but by humming machines in data centres miles from the traditional trading floors of London and New York.

Since the onset of the virus, exchanges are being forced to adapt. Intercontinental Exchange, which operates the Brent crude oil contract, shut down its London office for the week after one employee tested positive for coronavirus. But the majority of its users access its markets with a remote login to their normal workplace systems.

“It is not a physical market any more. Investors are ready,” noted Brian Levitt, global market strategist for North America at Invesco.

More shutdowns will follow next week. At the end of Friday the CME and CBOE Global Markets were due to close their trading floors in Chicago as a precaution, although electronic services will continue.

Leaving a workplace where the infrastructure is both regulated and designed for maximum efficiency creates a new set of potential problems.

The UK’s Financial Conduct Authority said it expected all the companies it regulates to continue to meet obligations, such as entering orders and transactions promptly into relevant systems, using recorded lines when trading and giving staff access to compliance support.

Finra, the regulator for thousands of brokerages in the US, indicated it would ease some of its rules and allow traders to work remotely if employers could maintain a supervisory system.

“Liquidity is certainly a concern. People are separating operations and working from home . . . Certainly once you divide those groups like that, it could pose a problem in terms of desk communication and things of that nature. It is something that we are watching,” said John McColley, a portfolio manager for liquidity strategies at Columbia Threadneedle Investments.

That could be exacerbated with some traders located at back-up sites out of town. Most of these are synchronised to receive and send information at exactly the same time as the principal site where the bank’s servers sit. Those that do not synchronise face a delay in speed of around one millisecond — an age in a world of high-speed trading. A bigger problem lies in the lack of communication.

“If you are no longer sitting in the trading room and you don’t hear that old-fashioned market colour that comes across the desk, that has the potential to change the dynamics of the market,” said Kevin McPartland, head of market structure and technology research at Greenwich Associates.

For many banks the issue is not slow trading speeds, which can be strained especially in a home environment, but meeting compliance requirements. Traders need to use recorded lines and many banks already have restrictions on using mobile phones on the trading floor. “We’ve always assumed working from home is a non-starter,” said one trader. “You’d have to rebuild the trading floor in every home.”

But as public health warnings and precautions are stepped up, some accept there is likely to be a trade-off.

“With Street desks moving, some working partly from home and some partly in the office, you have to expect liquidity will get reduced over the next few weeks,” said Ashok Bhatia, deputy chief investment officer for fixed income at Neuberger Berman. “We are hopeful things will be smooth . . . you plan for the worst and hope for the best.”

Some challenges are unexpected. Traders at one bank, which has split its 24-hour coverage team into three, are finding it difficult to take toilet breaks at busy periods because it would leave the desk understaffed.

By Philip Stafford and Eva Szalay in London, Richard Henderson and Colby Smith in New York and Robin Wigglesworth in Oslo