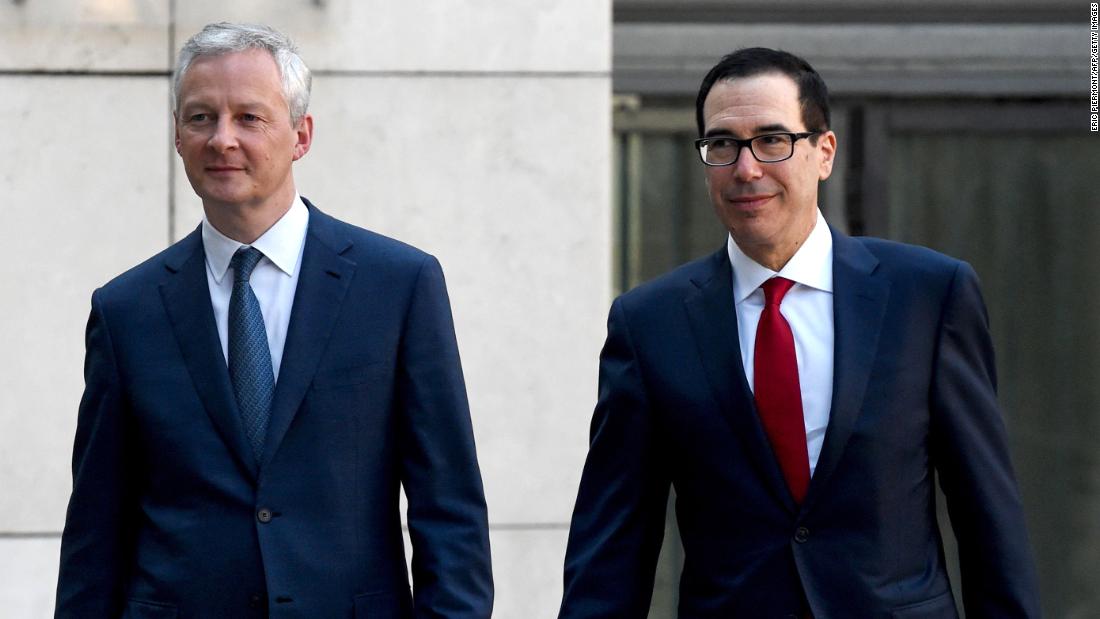 The rupture of global negotiations brokered by the Organization for Economic Cooperation and Development could cause EU member states such as France, as well as the United Kingdom, to move forward with their own levies designed to capture more taxes from tech companies. The United States has vowed to respond with new tariffs if that happens.

A new trade spat between Europe and the United States would only heap more pain on a global economy that is already enuring the worst peacetime recession since the 1930s. The OECD has called on the countries to return to the negotiating table.

“A trade war, especially at this point in time, where the world economy is going through a historical downturn, would hurt the economy, jobs and confidence even further,” Angel Gurria, the group’s secretary general, said in a statement on Thursday. “A multilateral solution … is clearly the best way forward.”

Talks at the OECD collapsed into acrimony earlier this week after US Treasury Secretary Steven Mnuchin sent a letter to his European counterparts. According to a statement from the US Treasury on Wednesday, Mnuchin requested a “pause” in negotiations so countries could focus on their responses to the coronavirus.

The letter was not received well in Europe, with French Finance Minister Bruno Le Maire describing it as a “provocation.” The group, he said during a radio interview on Thursday, had been “inches away from an agreement on taxing the digital giants.” The OECD had been hoping for an agreement in July.

“Either the United States reconsider their opposition and an agreement is reached by the end of 2020,” Le Maire threatened, or France will move ahead with a 3% tax on revenue that bigger tech companies generate from their digital businesses in the country.

Paolo Gentiloni, the EU commissioner for the economy, said in a statement on Thursday that the the bloc “regrets” the US decision and hopes it will be a “temporary setback rather than a definitive stop.”

Gentiloni warned that while the European Commission “wants a global solution to bring corporate taxation into the 21st century,” it would also move forward with its own proposals on digital taxes at an EU level.

US President Donald Trump has blaste plans by other countries to impose digital services taxes. US officials have said such taxes unfairly target American companies, and have threatened retaliatory tariffs as high as 100% on items such as French wine and British cars if those countries move ahead with national levies.
On Wednesday, US Trade Representative Robert Lighthizer told a Congressional committee that Mnuchin had decided that the United States would not be part of a consensus “on taxing our companies unfairly.”

According to Lighthizer, Mnuchin had concluded that talks at the OECD “were making no headway” and “that rather than have them go off on their own he would just say we’re no longer involved in the negotiations.”

On Thursday, Le Maire questioned whether the US was treating its partners fairly.

— Chris Liakos and Benjamin Berteau contributed to this report.