Translating a Surveillance Tool into a Virus Tracker for Democracies 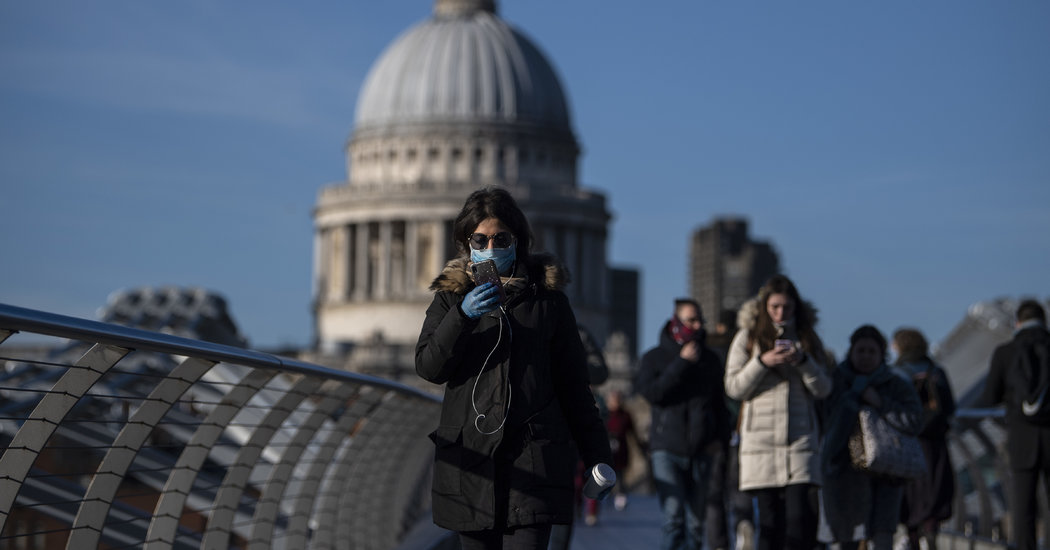 The Oxford researchers modeled the use of phone tracking and alerts to affect the spread of the coronavirus and found that such a system could be helpful even if it was not universally adopted and the location data was not always precise. A majority of people in an area would need to be using it, but not everyone. In effect, it could instantaneously replicate a week’s worth of contact tracing, the researchers said.

The system could glean detailed location data from a variety of sources — including Bluetooth beacons, nearby Wi-Fi networks, GPS and cell towers. If someone had a positive test result and had agreed to use the app, the result would be added to the system by the N.H.S. Anyone within a certain radius in recent days might receive an alert, although many aspects of the app, including the exact method of notification, are still being worked out.

It is unclear whether the app would work without the other surveillance and control measures used in China and Singapore, or whether the location technology is sufficiently accurate. Although the Chinese app gathered location data, it is not known how it was used; China also keeps a national database of flights, trains and hotel stays, and it required people to have bar codes on their apps scanned at health checkpoints. The country also looked into using location data from cell towers but found it was too imprecise to help with contact tracing. Data from known checkpoints, Bluetooth and Wi-Fi is much more precise.

Plans for the British app are moving “as rapidly as possible,” said Matthew Gould, the chief executive of NHSX, a government unit that handles technology policy for the National Health System. There is no official timeline for the pilot program or an eventual rollout.

Scientists caution that an app cannot replace social distancing measures already underway around the world. Instead, it may allow some people to come out of isolation after a first wave of the coronavirus subsides.

The app would be different from potential tools being discussed in the United States, where technology companies have been speaking with the White House about using location data for public health surveillance, perhaps anticipating where serious outbreaks might occur. The discussions were first reported by The Washington Post.

Separately, at Facebook, scientists are analyzing location data about compliance with social distancing recommendations in various countries, according to a person familiar with the analysis. The information comes from Facebook’s private vault of location data collected by the company’s apps, the person said.