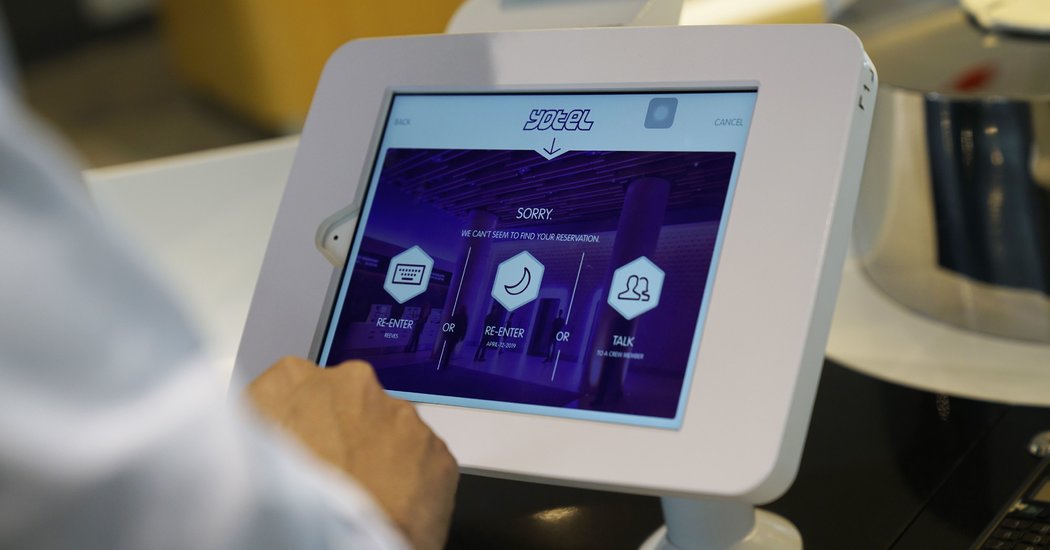 WASHINGTON — The Trump administration ordered a Chinese company on Friday to separate itself from an American maker of cloud-based hotel management software over national security concerns, the latest example of the more stringent approach American officials are taking to policing Chinese investment in the United States.

In a statement Friday, the Trump administration said there was “credible evidence” that Beijing Shiji Information Technology and its Hong Kong subsidiary might “take action that threatens to impair the national security of the United States.” It ordered the Chinese company to divest from StayNTouch, an American company that makes cloud-based hotel management software, and its assets, including customer data, within 120 days.

The decision is the latest example of a broad shift in how Washington treats Chinese acquisitions of American assets. Trump administration officials and lawmakers of both parties have grown increasingly concerned that China’s investments in the United States are targeted at acquiring technologies and data that could end up putting American national security at risk.

Legislation passed by Congress in 2018 expanded the government’s powers to block transactions on national security grounds. It also required the Trump administration to revamp its process for reviewing Chinese deals through an interagency panel called the Committee on Foreign Investment in the United States. Those new rules took effect on Feb. 13.

The administration did not specify what national security threat Shiji’s ownership of StayNTouch might pose.

StayNTouch develops technology platforms used by hotels including MGM Resorts International, Yotel and the Fontainebleau. The platforms allow guests to check themselves in and out of hotels on their smartphones, for example, or housekeepers and other hotel staff to track their work on tablets as they move around the hotel.

But the Trump administration has taken a more critical view of Chinese companies acquiring American companies that collect various kinds of data on American citizens, including their social media activity, health information and financial transactions.

Beijing Kunlun has reached an agreement to sell Grindr to a group of investors for more than $600 million, according to a person familiar with the details of the transaction. It has yet to receive needed regulatory approval, the person said.

The issue, some in the private sector say, is that almost every American company collects data on its users — raising fears that no transaction in any sector is safe. That has put a deep chill on collaboration between Chinese and American companies, with potential implications for economic growth.

Chinese investment in the United States has plummeted since reaching a high of $53 billion in 2016, totaling a mere $3.2 billion in 2019, according to tracking by the American Enterprise Institute. In addition to greater scrutiny from the U.S. government, a credit slowdown and tighter scrutiny within China toward outbound investments have also played a role.

Shiji Group specializes in software for hotels, restaurants, retail stores and other businesses, including payment gateways and online distribution. Shiji announced that it had acquired StayNTouch in 2018, a move that it said would help both companies’ customers to move between multiple hotels and travel technology systems.

In a statement, Shiji said it was “disappointed” in the decision and that the U.S. government had not adequately explained its rationale.

“We believe President Trump’s decision was incorrect. Shiji is not a threat to U.S. security in any way,” the company said. It added that the company does not access StayNTouch’s guest data and that it had offered “a range of significant proposals” to mitigate the government’s concerns, but those offers were rebuffed.