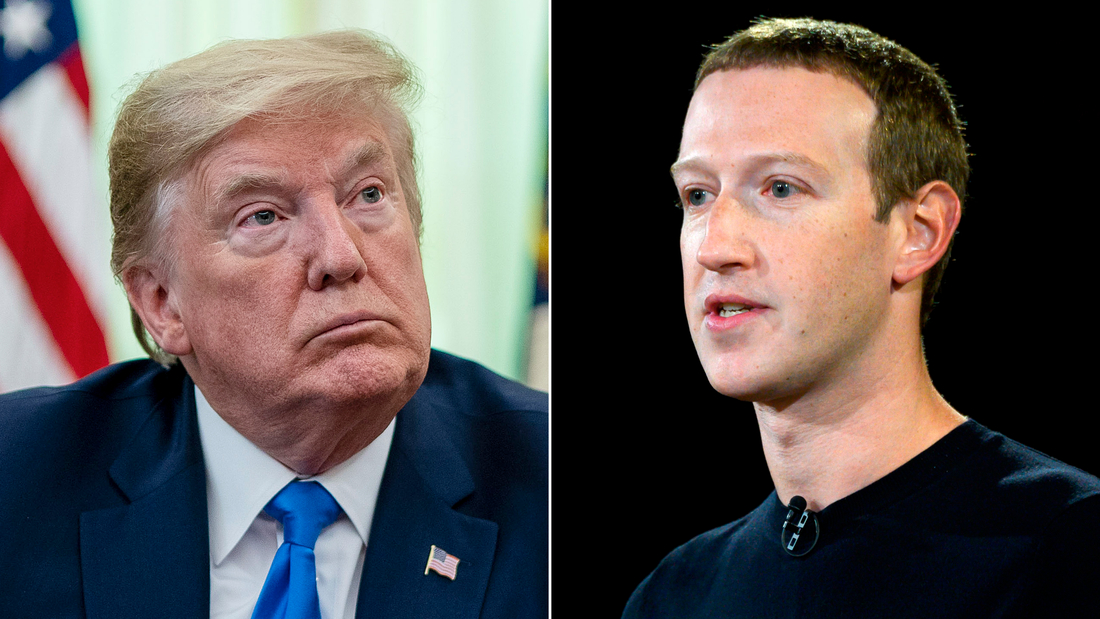 “I’ve been struggling with how to respond to the President’s tweets and posts all day. Personally, I have a visceral negative reaction to this kind of divisive and inflammatory rhetoric,” Zuckerberg said. “But I’m responsible for reacting not just in my personal capacity but as the leader of an institution committed to free expression.”

Axios was first to report the phone call took place.

“Unlike Twitter, we do not have a policy of putting a warning in front of posts that may incite violence because we believe that if a post incites violence, it should be removed regardless of whether it is newsworthy, even if it comes from a politician. We have been in touch with the White House today to explain these policies as well,” Zuckerberg wrote in Friday’s post.

Testifying before Congress in October, Zuckerberg said, “If anyone, including a politician, is saying things that can cause, that is calling for violence or could risk imminent physical harm … we will take that content down.” He was answering questions from Democratic Rep. Alexandria Ocasio-Cortez when he made the claim.
On Thursday, Trump tweeted approvingly of Zuckerberg after the Facebook CEO went on Fox News to criticize Twitter’s decision to fact-check the president’s tweets about mail-in ballots in California.

CNN has reached out to the White House for comment.