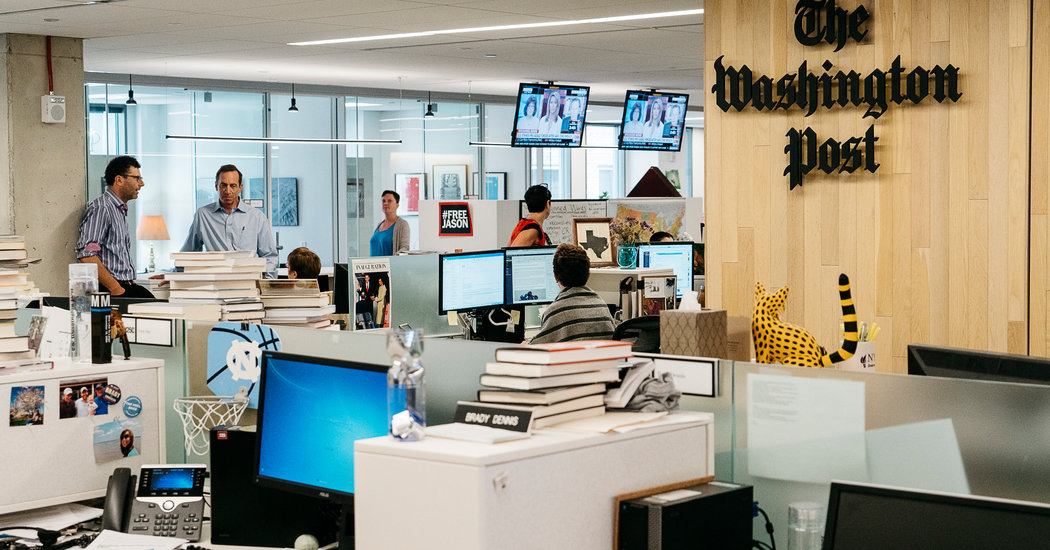 Mr. Trump’s attacks on news organizations have been a defining mark of his presidency, and The Post has been one of his frequent targets. In 2017, the newspaper won a Pulitzer Prize for a series of articles by David Farenthold that examined Mr. Trump’s philanthropic claims. The president has often belittled The Post and its owner, Jeff Bezos, the billionaire Amazon founder, who bought it in 2013.

The lawsuit, filed in the U.S. District Court in Washington, centers on two opinion articles from a Post blog called The Plum Line that accused the 2016 Trump election campaign of inviting help from foreign governments. The Post’s opinion section operates separately from its newsroom.

In one post, published on June 13, Greg Sargent wrote that Robert S. Mueller III, the special counsel, had “concluded that Trump and/or his campaign eagerly encouraged, tried to conspire with, and happily profited off” Russia’s efforts.

In a post on June 20, Paul Waldman wrote: “Who knows what sort of aid Russia and North Korea will give to the Trump campaign, now that he has invited them to offer their assistance?” The word “invited” in the article was hyperlinked to a transcript of an ABC News interview with Mr. Trump, in which he said he would consider accepting information from a foreign government about a political opponent.

The Trump campaign accused The Post of making “false and defamatory” statements.

A spokeswoman for The Post, Kristine Coratti Kelly, said on Tuesday, “It’s disappointing to see the president’s campaign committee resorting to these types of tactics, and we will vigorously defend this case.”

Theodore J. Boutrous Jr., a lawyer at Gibson Dunn who has previously worked on high-profile media cases, said the lawsuit “flies in the face of basic First Amendment doctrine.”

“The complaint is attacking opinions where the authors are expressing their views based on widely reported facts,” he said. “It’s all part of the overarching war on the press.”

Mr. Trump’s re-election campaign sued The Times on Feb. 26, claiming that an essay published in the newspaper’s Opinion section last March falsely asserted a “quid pro quo” between Russian officials and Mr. Trump’s 2016 campaign. (Like The Post, The Times’s Opinion section is separate from its newsroom.)

In both lawsuits, the campaign is represented by Charles J. Harder, a lawyer who has worked on a number of legal battles with news organizations.

Mr. Harder is best known for representing Terry G. Bollea, the former professional wrestler known as Hulk Hogan, in a lawsuit that decimated Gawker Media and was secretly underwritten by the tech investor Peter Thiel.

He also represented Melania Trump, Mr. Trump’s wife, when she sued The Daily Mail, a British tabloid, in 2016 over its report that a modeling agency she had worked for in the 1990s was also an escort service. The Daily Mail later retracted the article and paid damages in a settlement.