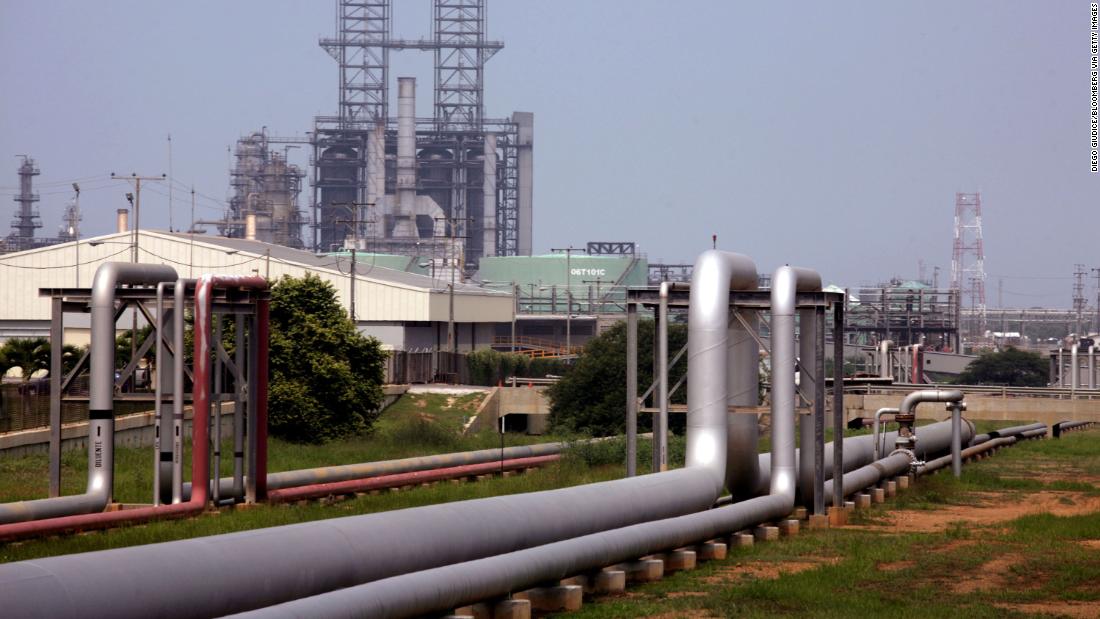 The directive, which was issued Tuesday evening, requires Chevron (CVX) to “wind down” its operation in Venezuela by December 1.
The order will have a limited impact on Chevron’s finances, but it deals a setback to a company that has spent decades sinking resources into Venezuela. And it will only accelerate the historic collapse of Venezuela’s oil industry.

Despite having more oil reserves than any nation on the planet, Venezuela’s production has imploded because of widespread power outages mismanagement, a humanitarian crisis and tough sanctions imposed by the United States.

“We remain committed to the integrity of our joint venture assets, the safety and wellbeing of our employees and their families, and the company’s social and humanitarian programs during these challenging times,” Chevron spokesman Ray Fohr said in a statement.

Chevron’s ties to Venezuela date to 1921

The Trump administration isn’t forcing Chevron to leave Venezuela, at least not immediately. As part of Tuesday’s announcement, the Treasury Department renewed a license that gives the company permission to maintain a more limited presence in the country.

Chevron said that it will still be allowed to “undertake limited maintenance of essential operations in the country.”

“Chevron will continue to comply with applicable laws and regulations in relation to the activities that it is authorized to undertake in Venezuela,” Fohr said.

Chevron, which started oil exploration activities in Venezuela in 1921, employs about 8,000 people in the country along with its joint venture partners. The company has five onshore and offshore production projects there.

“Our legacy in Venezuela dates back to the 1920s and since then, we have been a proud to be part of the local communities, contributing to their economic and social development,” Fohr said.

The company won’t be allowed to export oil or produce oil from Venezuela under the administration’s order. Chevron produced only about 35,000 barrels of oil in Venezuela per day in 2019, less than 2% of Chevron’s total oil production of 1.9 million barrels per day.

“Venezuela has been a useless appendage of Chevron’s asset base for many years because of the crisis there,” said Paul Molchanov, energy analyst at Raymond James.

Chevron and other oil companies have recently slashed their spending and production around the world to combat the historic crash in prices. Oil demand has evaporated during the coronavirus pandemic, causing an epic supply glut that turned US oil prices negative this week for the first time ever.

Chevron and the four oil service providers will likely request a license renewal after December 1 that would allow them to maintain their limited presence in Venezuela.

US companies have been fleeing Venezuela for years as the nation has descended into chaos, both political and economic.