Trump will lose in a landslide because of the economy, new election model predicts 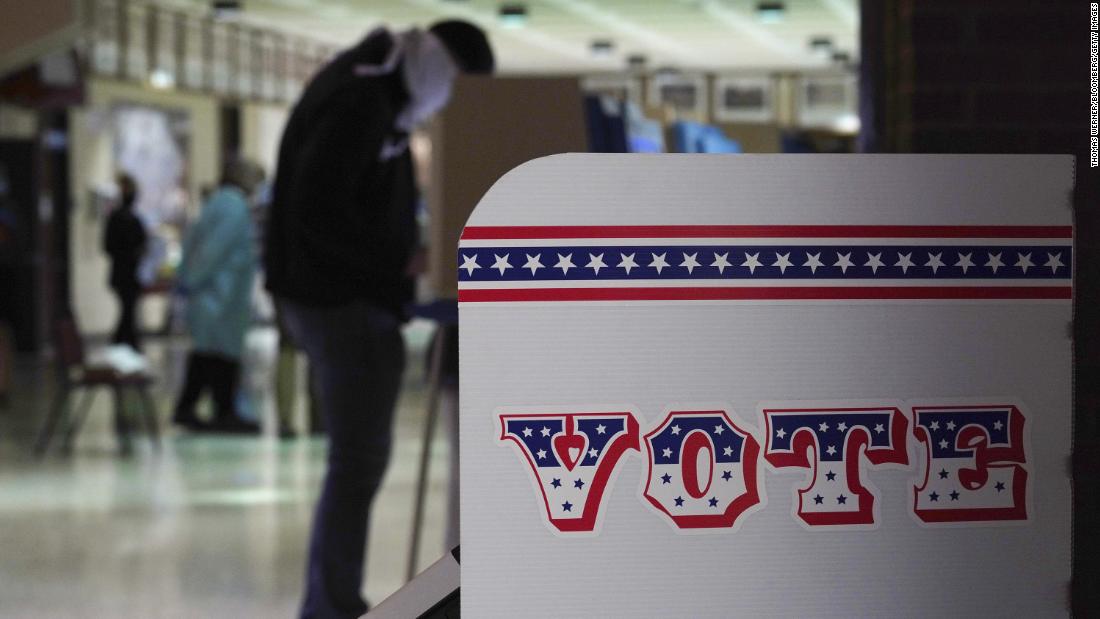 The coronavirus recession will cause Trump to suffer a “historic defeat” in November, a national election model released Wednesday by Oxford Economics predicted.

The model, which uses unemployment, disposable income and inflation to forecast election results, predicts that Trump will lose in a landslide, capturing just 35% of the popular vote. That’s a sharp reversal from the model’s pre-crisis prediction that Trump would win about 55% of the vote. And it would be the worst performance for an incumbent in a century.

“It would take nothing short of an economic miracle for pocketbooks to favor Trump,” Oxford Economics wrote in the report, adding that the economy will be a “nearly insurmountable obstacle for Trump come November.”

The model has correctly predicted the popular vote in every election since 1948 other than 1968 and 1976 (although two candidates lost the popular vote but won the presidency in that span, including George W. Bush in 2000 and Donald Trump in 2016).

Ohio, Missouri could flip to Democrats

The national election model assumes that the economy is still in bad shape this fall, with unemployment above 13%, real per capita incomes down nearly 6% from a year ago and brief period of falling prices, or deflation.

“The economy would still be in a worse state than at the depth of the Great Depression,” the Oxford Economics report said.

A separate state-based election model run by Oxford Economics that incorporates local economic trends and gasoline prices predicts Trump will badly lose the electoral college by a margin of 328 to 210. That model forecasts that seven battleground states will flip to Democrats: Iowa, Wisconsin, Michigan, Pennsylvania, Ohio, Missouri and North Carolina.

“We would expect these states to experience significant economic contractions and traumatic job losses that would likely swing pocketbook vote,” the report said.

Oxford Economics developed the state-based model last year. It would have correctly predicted Trump’s upset electoral college victory as well as seven of the nine prior elections since 1980.

Is it too early to predict the election?

Still, models based on economic trends are not political crystal balls. And they have no track record of predicting elections during pandemics.

The election is still six months away. And the past six months show how much the world can change in that period of time. No one was predicting a 20% unemployment or a 40% collapse in GDP six months ago. Now, those are the consensus projections.

If the election were held today, Valliere said, former Vice President Joe Biden would probably win. But the next six months will give Trump time to reframe the debate around Biden and pin the blame for the pandemic on China.

“No one can go negative like Donald Trump,” Valliere said.

Indeed, Oxford Economics said that its models have “inherent limitations,” including the fact that they exclude noneconomic factors such as a candidate’s agenda or likeability.

More importantly, the models don’t account for potential shifts in the pandemic. And this election may be a referendum on Trump’s handling of the crisis.

Another wildcard is how the pandemic impacts voter turnout. Strong turnout for Democrats could cause Trump to lose Florida, Texas, Arizona, Tennessee and Georgia, Oxford Economics said.

But weak Democratic turnout, along with a sharper economic recovery, could give Trump a “razor-thin” electoral college victory, the report said.

There are other signs that Trump should not be counted out in November.

Users on PredictIt, a prediction platform, give Trump a 50% chance of winning reelection. That’s up from 45% in mid-March.
The betting odds also solidly favor Trump, according to an average compiled by RealClearPolitics.

“Every incumbent president facing a recession in the lead-up to reelection has lost,” said Ed Mills, Washington policy analyst at Raymond James.

But the key will be whether voters feel that the economy is back on the right track, with unemployment falling sharply and GDP rapidly recovery.

“The real debate is what does the economy look like on Election Day?” said Mills. “Will the country have gotten past the worst of Covid-19 and the worst of the economic shock?”

No one can answer those questions with certainty right now.

Tax hikes on the horizon?

The election uncertainty could pose a risk to the stock market, which has spiked since late March on hopes of a V-shaped economic recovery and in response to massive stimulus from the federal government.

Despite the pandemic, the S&P 500 is still standing nearly 40% above where it was prior to Trump’s election.

If Biden wins the White House — and the Senate flips to Democrats — investors will be worry about tax hikes on companies and the rich, new restrictions on oil and gas production and increased financial regulation.

“In almost every area where Trump has undone former President Obama’s legacy,” analysts at Eurasia Group warned in a report on Tuesday. “A Biden presidency would try and restore the policy positions of the Obama administration and in most cases go beyond it.”