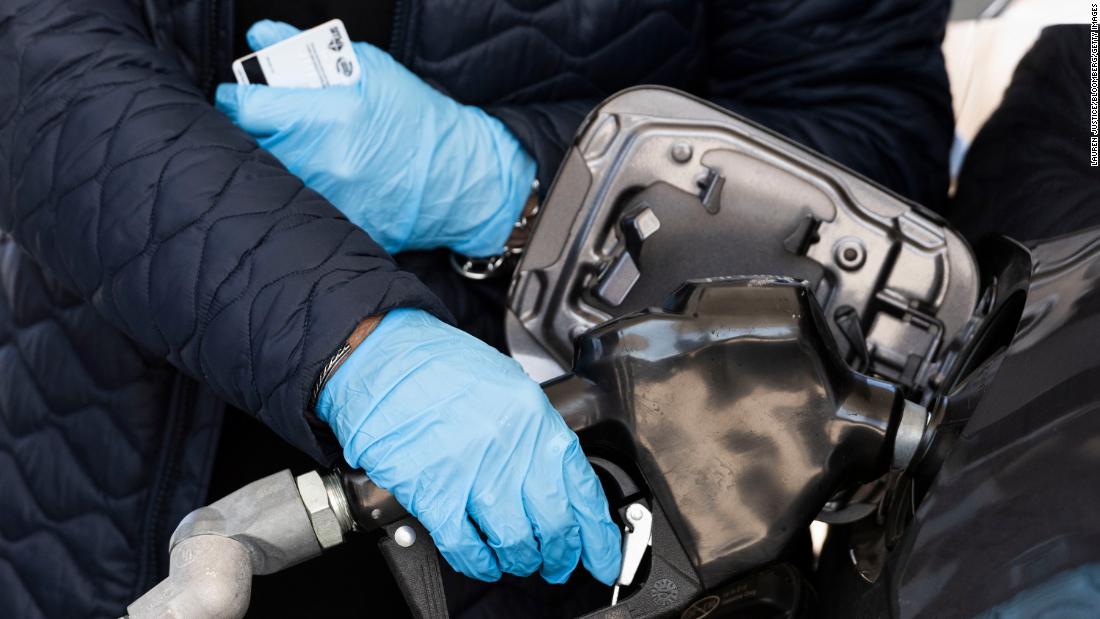 That’s an extreme step that could signal desperation rather than confidence during a fragile period for the American economy. The Fed didn’t venture below zero even during the 2008 crisis.

“You don’t want to do something that is trying to help the patient but actually scares the patient and makes a recovery more difficult,” Randall Kroszner, who served as a Federal Reserve governor during the last crisis, told CNN Business.

Trump has long hammered OPEC, the oil-producer cartel, for artificially boosting crude prices. But he’s hoping US oil’s recent rebound from its stunning collapse into negative territory will avert a parade of bankruptcies in Texas, a potential battleground state.
“Crude oil prices going up as Saudi Arabia cuts production levels. Our great Energy Companies, with millions of JOBS, are starting to look very good again,” Trump tweeted on Tuesday. “Gasoline prices at record low (like a big Tax Cut). The BEST of all Worlds.”
Yet the comments could backfire if prices at the pump — which move with a lag to oil — climb too high. That would add to the financial pain caused by mass unemployment during the coronavirus pandemic. More than 36 million Americans have filed first-time unemployment claims since mid-March.

After crashing to negative $37 a barrel last month, crude has rallied back to $27 a barrel. While that is still extremely cheap, gasoline prices have already begun to creep higher.

The national average price of a gallon of gas remains just $1.87, according to AAA. That’s well below $2.86 a year ago — but up from $1.81 a week ago.
Several states are starting to see big price hikes: As of May 11, weekly prices climbed by 31 cents a gallon in Michigan, 28 cents in Ohio and 26 cents in Illinois, according to AAA. That trend could continue as more governors relax stay-at-home orders.

Trump, who has dubbed himself the “king of debt,” is also hoping the Fed will make it easier to finance record-shattering borrowing required to fight the coronavirus pandemic. The Treasury Department plans to borrow $3 trillion this quarter alone — roughly six times the previous record.

“As long as other countries are receiving the benefits of Negative Rates, the USA should also accept the GIFT,'” Trump tweeted this week.

Yet economists are divided over whether negative interest rates have done more harm than good in Japan and Europe. Critics and some academic researchers argue negative rates there have crushed banks, kept a lid on inflation and failed to boost economic growth.

“The jury is still out,” said Kroszner, a Fed governor from 2006 to 2009 who is now a professor at the University of Chicago Booth School of Business.

Pushing for negative interest rates threatens to undercut Trump’s efforts to instill confidence in the economy.

“It’s bad karma. It sends off a bad vibe that we’re in deep trouble and have no expectation of stronger economic growth,” he said.

Kroszner noted that even in 2008, when the financial system was teetering on the brink of collapse, the Fed didn’t dare venture into negative territory: “We decided to go to zero, but we were very concerned about going negative because of unintended consequences. It’s not really in the DNA of the Fed to go negative.”

Subzero rates in Europe have been blamed for exacerbating the troubles at major banks, including Deutsche Bank (DB).

Negative rates would also be unpopular among senior citizens, a core constituency whose support Trump needs to win reelection. That’s because subzero rates would punish savers and retirees living off fixed income. Instead of earning small amounts of interest on money in the bank, savers would get penalized.

“Even back at zero, it’s very painful for savers and retirees. They’re not really making anything on their money,” Van Saun said.

“I know there are fans of the policy, but for now it’s not something that we’re considering,” Fed Chairman Jerome Powell said Wednesday.

Powell instead urged Congress and the White House to add more fiscal stimulus that “helps avoid long-term economic damage” from the pandemic.

Loretta Mester, president of the Cleveland Fed, said she would prefer other tools including quantitative easing — the Fed’s massive bond-buying program — and forward guidance, which is a promise to keep rates low for an extended period of time.

Another risk is that the Fed could find it hard to escape negative interest rates.

It took seven years for the Fed to get off zero after the Great Recession. And the central bank was never able to significantly shrink its balance sheet without rattling financial markets (and the president).

“I really hope they realize that the deeper they get, the more difficult it will be for them to get out,” Peter Boockvar, chief investment officer at Bleakley Advisory Group, wrote in a note to clients on Wednesday.

The Fed has already taken unprecedented steps to keep the American economy afloat.
Under Powell, the Fed has promised to buy an unlimited amount of bonds, rolled out a series of emergency lending programs and even for the first time direct the purchase of corporate debt including junk bonds. These steps have revived financial markets, boosting US stock market valuations to levels unseen since the implosion of the dot-com bubble.

Yet there are limits to the Fed’s vast powers in a pandemic.

“They can’t print jobs,” Boockvar said. “They can’t create anti-virals and a vaccine and get people confident to shop without risk until then.”