TUI could cut 8,000 jobs as it prepares to restart tours in Europe 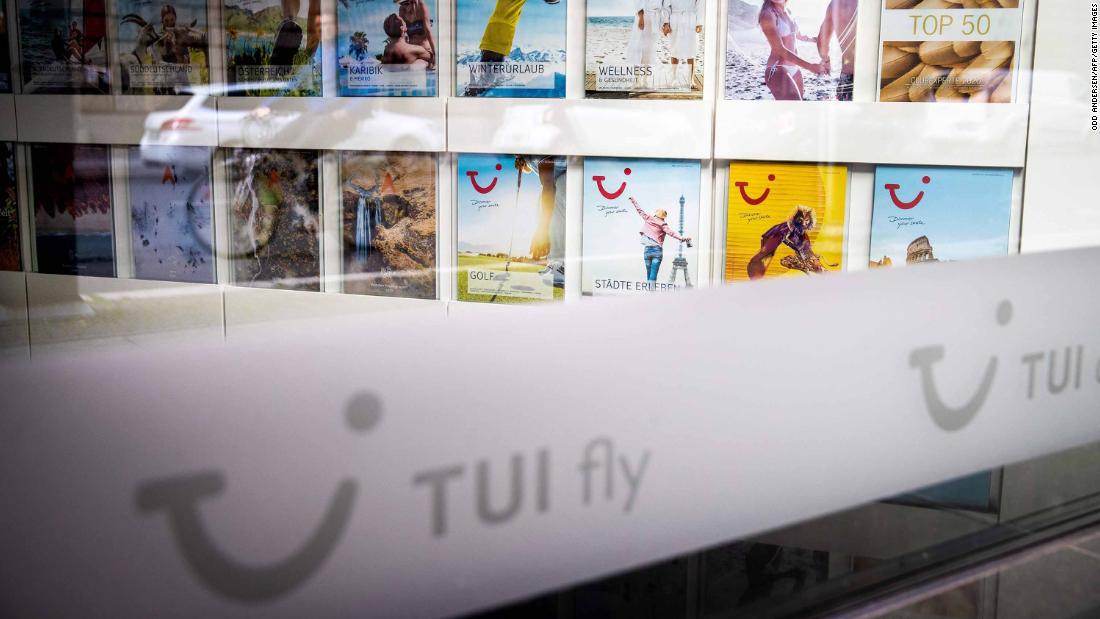 But the company is hopeful that it can begin reopening hotels in Europe in the coming weeks as governments gradually lift lockdowns.

“TUI is ready for an early resumption of travel activities in Germany and Europe,” the company said in a statement Wednesday, adding that hotels and clubs on the continent are “ready to welcome holidaymakers.”

TUI (TUIFF) posted a loss of €741 million ($804 million) in the first three months of the year and needed a €1.8 billion ($2 billion) loan from the German government as travel bans and lockdowns brought its business to a standstill. The company, which is headquartered in Germany, operates cruise ships, five airlines and more than 400 hotels, employing about 70,000 people worldwide.

It is now aiming to reduce its costs by 30%, which could shrink its workforce by up to 8,000 positions. TUI will emerge from the crisis a different company and “will find a different market environment than before the pandemic,” it said, noting that it will reduce its presence around the world, and increase local and off-season offerings.

TUI CEO Fritz Joussen was upbeat about the future, however, saying on a call with analysts that while summer bookings for this year are down by 36%, summer reservations for 2021 look “very promising.”

“People want to travel. Europe must now gradually open up,” Joussen said in a statement. “Summer holidays are possible responsibly and with clear rules. We will reinvent the holiday in 2020,” he added.

TUI has unveiled plans for increased hygiene and protection measures at airports, hotels and on cruises. These include requiring the use of face masks, limiting the number of guests in restaurants and reducing the number of people on board cruises. Passenger entry and exit from from airplanes will be staggered.

The company’s plan to restart tours follows Ryanair’s (RYAAY) announcement on Tuesday that it hopes to restore 40% of its flights starting in July and restart flying from most of its 80 bases across Europe.

But moves to restart travel come without much clarity on whether Europe’s borders will reopen in time to welcome tourists. The world’s most visited region is bracing for a dramatic drop in travelers this summer and there are concerns that fresh outbreaks and newly imposed quarantine measures could derail efforts to salvage at least part of the season.

TUI said it is in “intensive talks” with tourism ministries in places such as Greece, Cyprus, Portugal, Austria and the Balearic Islands on how a gradual opening could work.

“Summer holidays in Europe can now gradually be made possible again — responsibly and with clear rules,” said Joussen. “The season starts later, but could last longer,” he added.

Tourism accounts for about 11% of the economy of the European Union, supporting 3 million mostly small to medium-sized enterprises and 27 million jobs, according to EU official Thierry Breton.

The European Commission on Wednesday unveiled measures aimed at reviving the tourism sector, including the use of contact tracing applications. It has proposed a phased approach to lifting travel restrictions between EU member states that have successfully contained outbreaks, and has recommended that vouchers for canceled trips be made more attractive. It suggested that vouchers could, for example, be used for bookings with other operators in the same group and made transferable in some instances.