Turkey slashes rates in bid to shore up economy against coronavirus 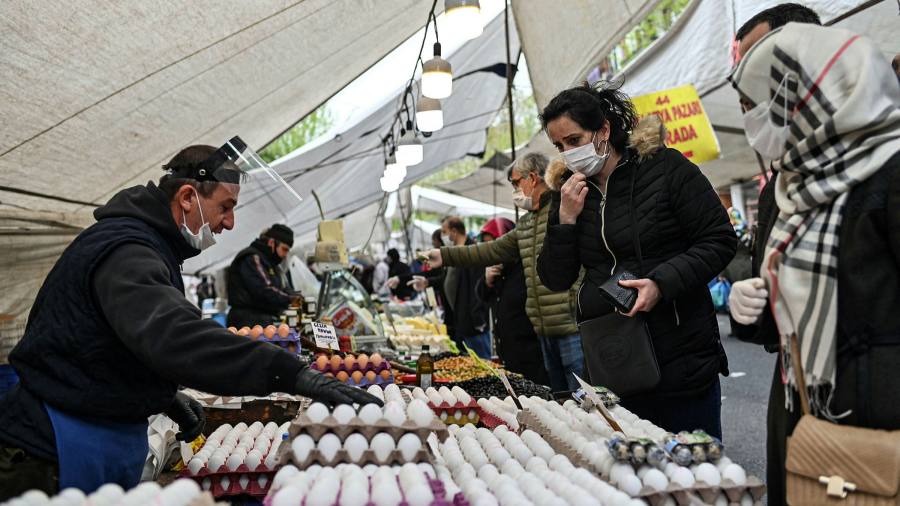 Turkey’s central bank has slashed its benchmark interest rate for the eighth time in a row, risking further pressure on the lira that it has spent billions of dollars seeking to prop up.

The bank cut its one-week repo rate by 1 percentage point to 8.75 per cent, a cut of double the magnitude than the average expectation of economists in a Bloomberg survey.

The move will lower the cost of borrowing for Turkish businesses and households, supporting president Recep Tayyip Erdogan’s efforts to use cheap credit as a tool to combat the economic fallout from the coronavirus crisis.

But it also pushes real interest rates — the premium granted to investors for holding lira or lira-denominated assets after inflation, which stood at 11.9 per cent in March — even deeper into negative territory.

The bank said that inflation was likely to be lower than expected in the months ahead due to plunge in oil prices and a drop in demand due to the coronavirus crisis.

Economists, however, had voiced concern prior to Wednesday’s decision that further cutting of rates would increase the vulnerability of the Turkish lira, which has been teetering close to an all-time low against the dollar.

The currency slipped to session lows after the monetary policy decision, leaving it just a whisker away from the TL7 to the dollar level that is closely watched by foreign exchange traders.

The central bank’s already low foreign currency reserves have plunged rapidly in recent months as state-owned banks have sold dollars in a bid to support the lira.