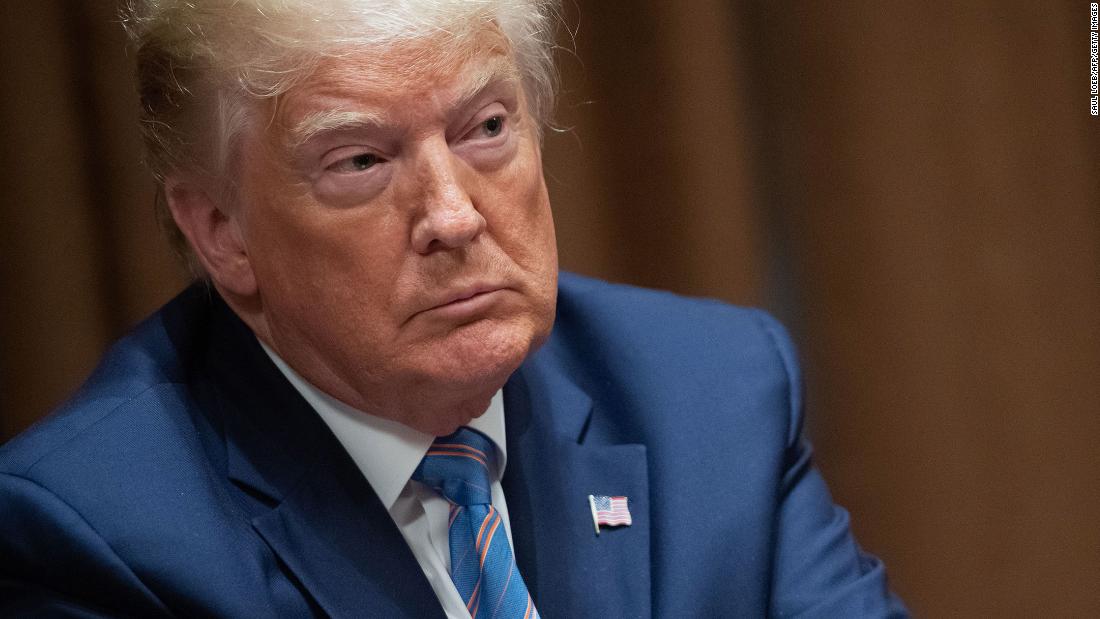 Trump tweeted a video with a fake CNN graphic; the video claims, “America is not the problem. Fake news is.”

The video, which runs for 60 seconds, starts with footage of one part of a viral video that shows a black child run from a white child. The fake CNN graphic reads, “Terrified todler [sic] runs from racist baby.”

The rest of the video — in which the two children run to embrace one another — is then shown.

CNN covered the full version of the viral video in 2019.
A spokesperson for CNN responded to Trump’s tweet Thursday night, “CNN did cover this story – but exactly as it happened. Just as CNN has reported your positions on race (and your poll numbers). We’ll continue working with facts and invite you to do the same, rather than tweeting fake videos that exploit innocent children. Be better.”

The video Trump tweeted included a credit to @CarpeDonktum, who regularly publishes memes and parody videos supporting the President.

After Trump tweeted the video it quickly went viral, racking up millions of views in less than two hours.

Twitter twice flagged Trump tweets over the past month, enraging the President and his supporters and even prompting the President to sign an executive order targeting social media companies.
In May, Twitter labeled two Trump tweets that made false claims about mail-in ballots in California.
A few days later, Twitter labeled as a glorification of violence a Trump tweet in which he said, “when the looting starts, the shooting starts.”
Earlier on Thursday, Facebook removed ads run by the Trump campaign, saying the ads violated its policy against organized hate. The ads, attacking the leftwing group Antifa, featured a symbol that the Anti-Defamation League (ADL) said was “practically identical to that used by the Nazi regime to classify political prisoners in concentration camps.”

The Trump campaign defended itself claiming the symbol was used by Antifa activists.

ADL said some Antifa activists have used the symbol, but it is not particularly common.