Two Gamers Played ‘The Last of Us Part II.’ They Were Blown Away. 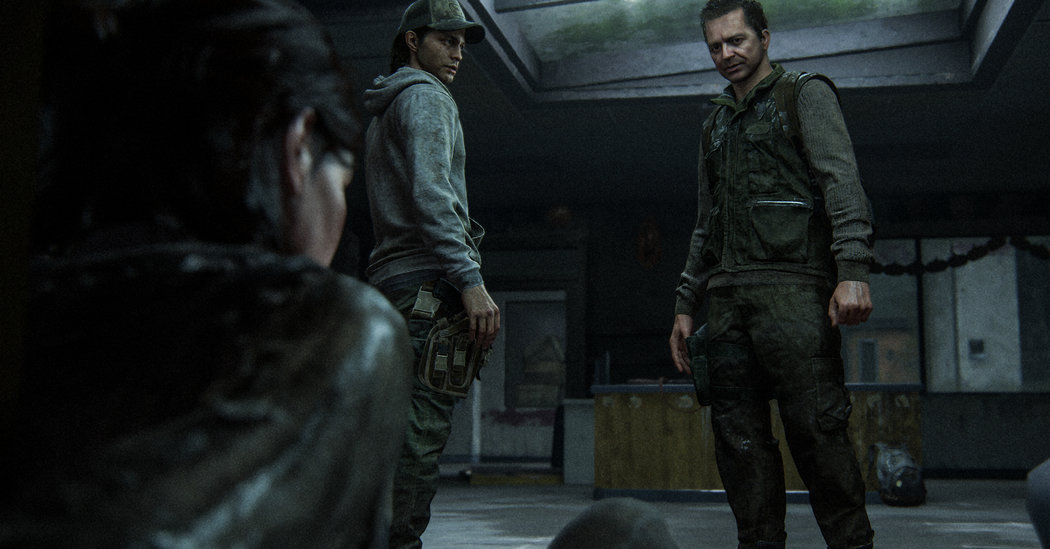 Hardcore gamers and post-apocalyptica enthusiasts have waited years for a sequel to The Last of Us, an immersive video game set in a dark, dismal future after a fungus ravaged Earth and zombies have become the ruling class. The game unspooled through the lens of two unlikely companions: a hardened, Texan smuggler named Joel and a 14-year-old, streetwise girl named Ellie.

The Last of Us Part II hits stores on Friday, when the studio Naughty Dog releases what is a winding, punishing follow-up that explores even more complex ideas and a richer character universe.

Mike Isaac and Conor Dougherty, two New York Times reporters, spent weeks playing the game in the run up to release. They discussed their first impressions of the game.

Mike: Let me start with something simple. I’m a huge fan of the first game, which I thought was perfect as a stand-alone piece. The story was compelling, and the depth of the characters and their evolving relationships really felt about as powerful to me as any other part of the game. I enjoyed the narrative far beyond the shoot em’ up zombie killing.

So I was a bit worried when I saw the sequel was coming, and that the game studio might be messing up a good thing. But after what felt like dozens of emotional, gut-wrenching hours playing Part II, I’m glad they followed up.

Character relationships have become richer, the game’s universe has expanded, and more complicated questions around morality, tribalism and vengeance are being asked of the characters — and of ourselves.

I left the game wiped, emotionally. But I do feel like it enriched my idea of what video games should be. I read your review and really dug it. But would you consider this game “fun?”

Conor: If you find this fun in the traditional sense, you’re twisted. But sad movies aren’t fun either, and I found the game interesting and worthwhile in that it told an effective story and expanded my sense of what big-budget games can do.

Mike: Yeah, that’s fair. I won’t go too heavily into spoilers, but I appreciated some of the risks the studio decided to take here right from the get-go.

The way they are willing to kill off characters made me feel a sense of, I don’t know, unease? Like the world they inhabit is actually dangerous, and that no one is really safe. Kind of like what an actual zombie apocalypse might look like.

I know you loved the first one. What struck you as the most novel thing about the sequel?

Conor: How emotional it made me. At the end I was scared to finish because I was so worried what Ellie might do, and that’s a feeling I’ve never had in a game. It left me sad and exhausted, as you say, but you have to marvel at the storytelling.

Mike: Agreed. It was a feeling few games really give me, which is why it felt like more than a game? I made the allusion to an interactive film, given the numerous cut-scenes and story development cinematics.

One thing that really stuck with me was the level of detail and care they put into hammering home the points they were trying to make. In most games, for instance, murder costs nothing, and is often largely the point of playing. Take Call of Duty or some other shooter game where your goal is to just ratchet up the highest body count.

I’m not saying killing in this game isn’t part of it. But each death takes an emotional toll on the character and, I would argue, on the player. They do this thing where when you kill a random enemy, one of their allies might cry out “Steve!” or “Jill!” or whatever. It’s subtle, but gives an entire back story to someone that in other games might just be any old NPC (non-player character). And all it took was a name.

Conor: That dog, man. That dog.

Mike: Ugh. That tore me up. And you know how I am with dogs.

Conor: That’s the riskiest thing this game does — it makes you feel gross playing it.

In the first game you kill things in defense of a child, which made me feel OK about all the gore. With this new one — again, no spoilers — it’s less about working toward a satisfying ending than it is seeing how someone else reacts to an event whose outcome you already know.

The surprises are surprises of character and perspective, and I thought that was deep. Did you find yourself changing your feelings toward the Abby character, who you’re supposed to hate at the beginning and feel more mixed about at the end?

Mike: Yeah, totally. I was impressed with the way they were able to flip my feelings on their head, from the starting point of the story to the ending.

My one big criticism of the game is its length; at points it felt interminable, and I almost found myself wanting the game to end precisely because it was a long slog of brutal violence and gore.

But the flip side of that is what they were able to accomplish with character development. We had already spent an entire game with the Ellie character in Part 1. I think, to some degree, we needed just as much time with Abby to really connect with her. And I think we did.

Conor: And that’s what makes these games so amazing: You spend so much time with these characters and unlike movies get to inhabit them, so the story unfolds in a way that feels really authentic, assuming you can handle the zombie killing. (BTW: We haven’t even talked about zombies.) Every medium has its pluses and minuses but the thing about games is they are immersive, and this one really got into me.

Mike: Indeed. Well, here’s to hoping that the next big-budget, highly anticipated game release can make us equally sad in the future.

Thanks for the chat, my fellow gamer. Now go get to replaying TLOU2 again! You know you want to.

Conor: I’ll never forget it, but I’m not sure I can do it again.