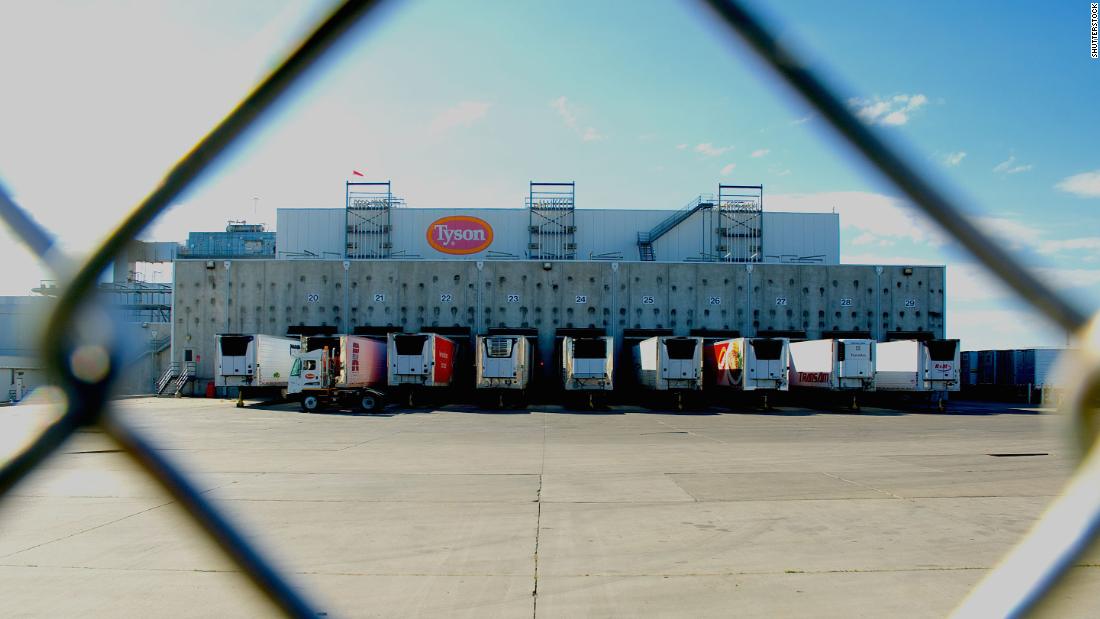 US farmers don’t have anywhere to sell their livestock, he said, adding that “millions of animals — chickens, pigs and cattle — will be depopulated because of the closure of our processing facilities.”

“There will be limited supply of our products available in grocery stores until we are able to reopen our facilities that are currently closed,” Tyson wrote.

Tyson Foods, which employs roughly 100,000 workers, closed its pork plants in Waterloo, Iowa, and Logansport, Indiana, last week so that workers in those facilities could be tested for the virus.

The Waterloo plant closure came after weeks of public pressure. Production had already slowed there because many of its 2,800 workers had been calling out sick, and local health authorities linked the Tyson plant to 182 cases — nearly half of the county’s total.

CNN recently spoke to three employees who work in the facility who expressed ongoing concerns that not enough was done to protect them from Covid-19. One worker said that practicing social distancing inside the facility was nearly impossible to do.

Asked by CNN about those claims, Tyson Foods said that plants were sanitized daily. And Tyson, the chairman, wrote in Sunday’s advertisement that the company has taken steps to protect its workers, including taking their temperatures and requiring face masks in all of its facilities. He added that the company is paying out bonuses to frontline workers and truckers, as well as donating food in local communities.

Some of the country’s largest abattoirs (processing plants or slaughterhouses) have been forced to cease operations temporarily after thousands of employees across the country have tested positive for the virus.

Pork processing plants have been hit especially hard, with three of the largest in the United States going offline indefinitely— Smithfield Foods in Sioux Falls, South Dakota; JBS pork processing in Worthington, Minnesota; and the Tyson plant in Waterloo, Iowa. Together, the three plants account for approximately 15% of pork production.