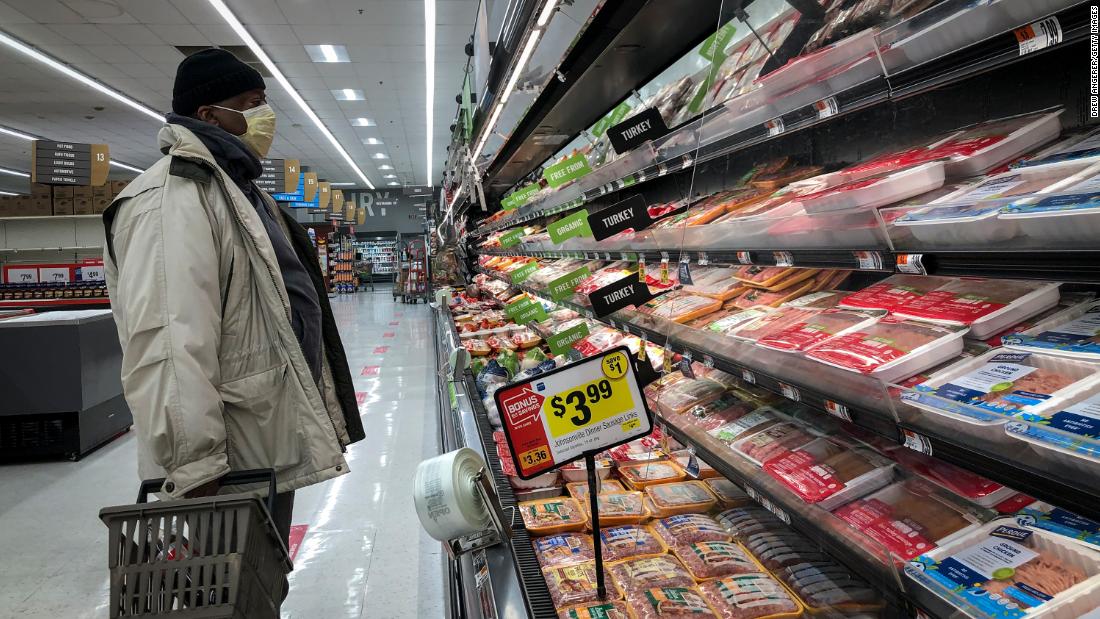 The company also said it will continue producing less meat than usual, as workers refrain from coming to work during the coronavirus pandemic.

“We have and expect to continue to face slowdowns and temporary idling of production facilities from team member shortages or choices we make to ensure operational safety,” the company said in a statement discussing financial results from the first three months of this year.

“There will be limited supply of our products available in grocery stores until we are able to reopen our facilities that are currently closed,” Board chairman John Tyson warned in a full-page ad that appeared recently in newspapers across the country.

In an executive order signed last week, the president gave Secretary of Agriculture Sonny Perdue the power to invoke the Defense Production Act to force companies to keep their plants open. The order, however, has not led to a widespread reopening of meat production plants.

In a statement responding to the directive, Smithfield lauded the decision but noted that it is “evaluating next steps to open its currently shuttered facilities and will make announcements when it is ready to resume operations in each location.”

The day after the president signed the order, JBS USA announced it would partially reopen its pork production facility in Worthington, Minnesota — but only to euthanize hogs that won’t be processed because of bottlenecks in the supply chain.

“While our focus is on getting the Worthington facility back to work on behalf of our team members producing food for the nation, we believe we have a responsibility to step up when our producer partners are in need,” Bob Krebs, President of JBS USA Pork, said in a statement. “None of us want to euthanize hogs, but our producers are facing a terrible, unprecedented situation.”

The National Pork Producers Council also praised the order but acknowledged that hogs will still go to waste.

“While getting pork packing plants back online is foundational, the tragic reality is that millions of hogs can’t enter the food supply,” the council said in a statement, adding “we need coordinated partnership between the industry and federal, state and local authorities to euthanize pigs.”

The challenge for Tyson: While meat processing plants have ground to a stop, consumer demand for meat is up.

Tyson (TSN) reported selling 2.7% more more beef by volume in the first three months of the year compared to the same period in 2019. Pork sales popped 2% by volume, while chicken sales fell 1.5%, partially because of restaurant closures due to the pandemic.