U.S. Airlines Say They Can Absorb Impact of Coronavirus on Travel 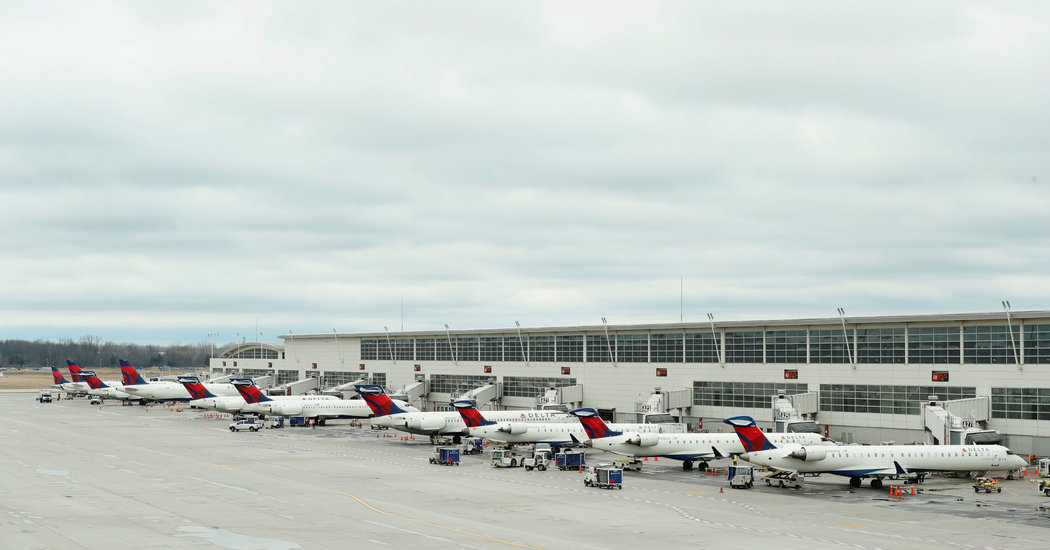 United Airlines announced comparable cuts last week and said in a Tuesday securities filing that its chief executive, Oscar Munoz, and its president, Scott Kirby, would forgo their base salaries at least through June. Gary Kelly, the chief executive of Southwest Airlines, told employees on Monday that he was taking a 10 percent pay cut.

In the last three or four days, United has seen a 100 percent decline in net bookings to Asia and Europe, based on a combination of new bookings and cancellations, Mr. Kirby said on Tuesday. Domestically, net bookings are down about 70 percent.

He and his team are planning for a worst case in which demand declines deeper and longer than it did after the Sept. 11 attacks, even though the company does not expect that to happen, he said.

“Even under this level of industry stress, we’ll survive this crisis without impairing our long-term financial prospects,” Mr. Kirby said.

Except for Mr. Kelly, the chief executives all spoke at the conference, where they addressed anxious investors, but it was a vague comment from President Trump on Tuesday that seemed to bolster airline stocks, which recovered some of their recent losses.

Speaking to reporters at midday, Mr. Trump said the federal government was ready to support the cruise and airline industries, adding, “We are helping them through this patch.”
American’s shares, which had lost half their value in the past month, ended the day with a gain of 15 percent. United, Delta and Southwest shares also rose.

Government assistance may be appreciated, but the chief executives insisted that it wasn’t needed.

“Had something as significant as this coronavirus occurred any time before 2013, we would have already seen multiple restructuring firms hired along with a frantic, concerted effort from our industry for government assistance,” said Doug Parker, American’s chief executive, a sentiment echoed by United’s president. “Instead, while in Washington, D.C., last week, not one C.E.O. asked for government financial relief.”