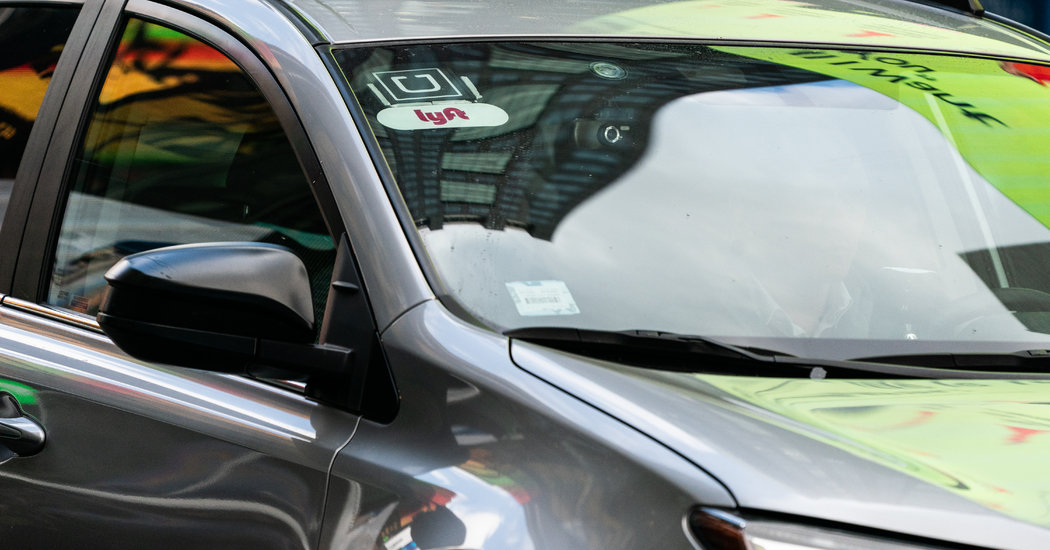 Doh Ouattara drove for Uber and Lyft from 2016 until mid-March of this year, when he became concerned about the pandemic. With three children under 6 to provide for, he decided to apply for unemployment benefits.

But despite hundreds of calls to the New York State Department of Labor and two prominent state rulings that deemed gig workers like him to be employees eligible for benefits, he has yet to receive any payment, and time is running short.

Mr. Ouattara, who was trained as an accountant in the Ivory Coast before moving to the United States, could afford to pay only half his rent in April and none of it this month. “My savings are almost gone — I’ve used them for food, basic necessities,” he said in an interview. “It is getting very, very stressful.”

On Monday, Mr. Ouattara and three other Uber and Lyft drivers, along with an advocacy group called the New York Taxi Workers Alliance, filed a complaint in federal court against Gov. Andrew M. Cuomo and the state’s Department of Labor, saying the state illegally failed to pay benefits to drivers in a timely way.

The action comes at a time when drivers have been increasingly vocal in demanding the protections afforded to employees, which states like New York and California have granted them to varying degrees, even as the companies continue to maintain that drivers are contractors.

The lawsuit says drivers must wait months to receive unemployment benefits, if they receive them at all, compared with the two to three weeks that the state has said is typical for other workers. The plaintiffs are seeking an injunction requiring the state to immediately pay their benefits and the benefits of other drivers to whom they are owed.

“The issue of Uber driver employment status has been settled for over a year by the state’s own decision,” said Zubin Soleimany, a lawyer for the taxi workers group. “But it hasn’t been able to provide people benefits when they need them. It’s been a catastrophe for these guys.”

Jack Sterne, a spokesman for the Cuomo administration, said, “During this pandemic emergency, we have been moving heaven and earth to get every single unemployed New Yorker their benefits as quickly as possible — including Uber and Lyft drivers.”

According to the lawsuit, a key problem is that the state has not forced companies like Uber and Lyft to provide the data on workers’ earnings that employers must typically supply. Lacking such data, the suit says, the state has required drivers to complete a lengthy application process that involves more steps and paperwork than other workers face to receive unemployment benefits.

Josh Gold, an Uber spokesman, said the company had provided the state with the earnings data it had requested, though he declined to elaborate on whether the data would be sufficient to calculate unemployment benefits promptly. The company said in April that it had agreed to comply with a state request for earnings data, but that it had not yet done so.

Lyft said the company was working with the state to provide access to earnings data. “The special interests behind this lawsuit aren’t interested in what’s best for drivers, since filing this lawsuit will do nothing to help them get assistance quickly,” said Julie Wood, a Lyft spokeswoman.

Uber and Lyft have encouraged drivers to apply for benefits under the Pandemic Unemployment Assistance program, which Congress passed in March to replace income for out-of-work contractors and other workers who might fall through the gaps in the safety net.

Under federal rules, only those ineligible for traditional unemployment benefits are supposed to receive pandemic assistance. But even though New York and California consider many drivers to be employees eligible for traditional benefits, the states are helping drivers obtain the pandemic assistance, arguing that it is often the fastest way for them to receive financial support.

New York State introduced a single benefits application on April 20 that routes workers into traditional unemployment benefits or pandemic assistance, depending on which program the state considers them eligible for.

Lyft said that pandemic assistance was a better deal for many part-time drivers, because the minimum payment under that program was higher than the minimum unemployment benefit.

The difference arises because pandemic assistance is based on income net of expenses like gas and maintenance, whereas unemployment benefits are based on gross earnings — or about $26,000 versus about $55,500 for Mr. Ouattara in 2019. Other drivers face similar disparities, according to the complaint.

Mr. Ouattara said he received a notice from the state this month indicating it had no record of earnings for him from Uber or Lyft. After he sent the state his documentation, he said, it urged him to apply for pandemic assistance. He did so, but continues to pursue traditional unemployment benefits as well. A second plaintiff in the case received a notice last week saying he was approved for pandemic assistance, but he continues to press for conventional unemployment benefits.

Other drivers who believe they are employees have sought traditional unemployment benefits rather than pandemic assistance as well, but have encountered problems similar to those of Mr. Ouattara and his fellow plaintiffs.

Carole Vigne, a staff attorney for the nonprofit Legal Aid at Work, said she had represented Uber and Lyft drivers during the pandemic who received traditional unemployment benefits in California in about six weeks. But she said that some of her clients there were still waiting for benefits they applied for more than two months ago, and that some had been routed to the pandemic assistance program with no explanation, despite intending to apply for traditional benefits.

Crystal Page, a spokeswoman for California’s labor agency, said in an email, “There are a number of different scenarios that apply to ALL benefit claims which could determine how quickly a claim can get processed and paid if the individual is eligible.”

The New York lawsuit cites two state decisions that found drivers eligible for unemployment benefits. The first was a 2018 ruling of the state’s unemployment insurance appeal board, the final authority on eligibility questions in the executive branch, which found that three Uber drivers and all “similarly situated” drivers were eligible for benefits.

The second was a ruling involving Postmates, an app-based delivery service, which found the company’s workers to be employees for purposes of unemployment benefits. The ruling did not apply to Uber and Lyft directly, but strongly suggested employee status for their drivers given the similarity of their business models to Postmates’.

The lawsuit by Mr. Soleimany’s group argues that by failing to pay drivers their unemployment benefits in a timely way, the state is violating the “when due” provision of the federal Social Security Act, which requires states to ensure the full payment of benefits “with the greatest promptness that is administratively feasible.”

The suit further argues that the state is violating the equal protection clause of the U.S. Constitution by typically paying employees who are not drivers their benefits on a two-to-three-week timetable, but taking months to pay app-based drivers.