‘Ugly Even for Him’: Trump’s Media Allies Recoil at His Smear of MSNBC Host 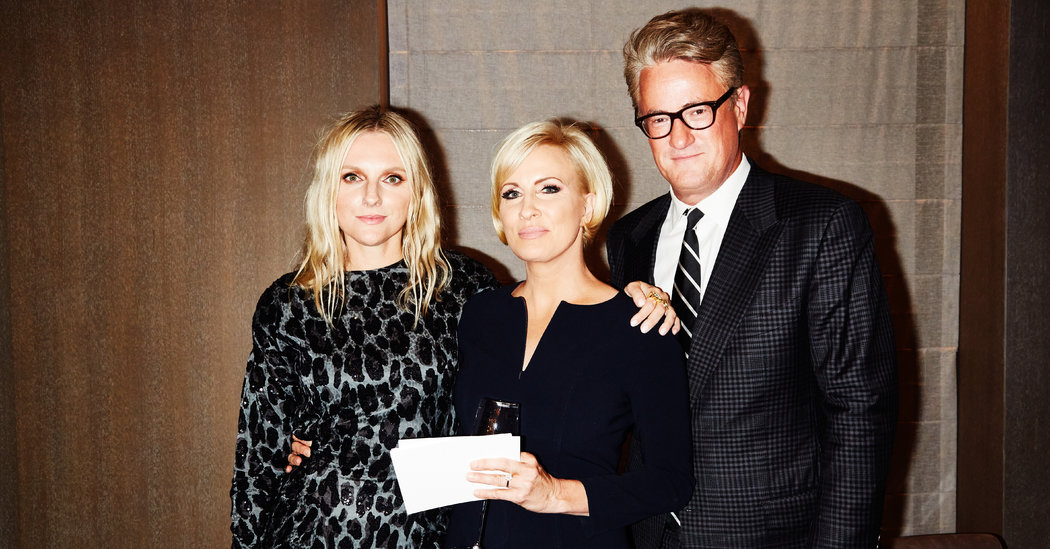 Even President Trump’s most stalwart media defenders have recoiled at his baseless smears against the MSNBC host Joe Scarborough, whom Mr. Trump has all but accused of killing a former staff member two decades ago despite a total lack of evidence.

The president is accustomed to — and often relishes — blowback from critics in the press. But he is now facing an unusual chorus of reproach from the media platforms he relies on for comfort.

The New York Post, Mr. Trump’s first read in the mornings, lamented in an editorial on Tuesday that the president “decided to suggest that a TV morning-show host committed murder. That is a depressing sentence to type.” The Post’s editorial board went on to scold its most powerful reader: “Trust us, you did not look like the bigger man.”

“Vile,” declared the editorial board of The Washington Examiner, the popular conservative news site, in a scathing article on Wednesday that called Mr. Trump’s attacks “incompatible with leadership.” Mr. Trump is so enamored of The Examiner that he often grants interviews to its journalists, including one earlier this month.

And the editorial page of The Wall Street Journal, a bellwether of establishment conservative thought, called Mr. Trump’s unfounded accusation against Mr. Scarborough “ugly even for him.”

“We don’t write this with any expectation that Mr. Trump will stop,” The Journal wrote in its editorial. “Perhaps he even thinks this helps him politically, though we can’t imagine how. But Mr. Trump is debasing his office, and he’s hurting the country in doing so.”

This is not the first time that otherwise pro-Trump media outlets have balked at the president’s more outlandish behavior.

When The Journal criticized Mr. Trump in April for his freewheeling coronavirus briefings, the president spat back on Twitter, writing, “WSJ is Fake News!”

If this week’s blowback affected Mr. Trump, the president has not shown it: He taunted Mr. Scarborough again on Wednesday in a tweet that referred to a “Cold Case.”

The president’s attacks have caused anguish to the family of Lori Klausutis, the staff member in Mr. Scarborough’s former Congressional office who died in 2001 when a heart condition caused her to fall and hit her head on a desk. Mr. Scarborough was not present and the police ruled her death an accident. Ms. Klausutis’s relatives have said that the president’s evocation of her death, and his unfounded insinuation that she had an affair with Mr. Scarborough, has caused them deep distress.

On Fox News, where pro-Trump cheerleading is a staple of morning and evening programming, the subject did not surface during Tuesday’s prime-time: Mr. Scarborough went unmentioned by Sean Hannity, Laura Ingraham and Tucker Carlson. (Fox News, The Post and The Journal are all controlled by the family of Rupert Murdoch.)

Bret Baier reported on the controversy on his Tuesday newscast with the Fox News media analyst Howard Kurtz, who offered sympathy to the Klausutis family. “The president and the cable host are accustomed to public combat,” Mr. Kurtz said. “But a man who lost his wife years ago never wanted the spotlight.”

Over the weekend, Mr. Kurtz had offered a more tempered view. “Now, I can’t defend the president, suggesting without a shred of evidence that a cable news guy, however rough his criticism, might be linked to murder,” he said on his Sunday Fox News program. “But I also don’t think the president of the United States should be barred from communicating with his 80 million Twitter followers. People are smart enough to make up their own minds about his controversial tweets.”

Howard Polskin, who compiles a daily newsletter, TheRighting, that tracks conservative news outlets, said he found The Examiner’s anti-Trump editorial noteworthy. “When I saw The Examiner one, my head snapped back,” he said in an interview.

But Mr. Polskin wondered if the negative focus on Mr. Trump’s comments could ultimately redound to the president’s benefit.

“Trump opening up this front with Joe Scarborough is another thing in the news cycle, another thing for people to talk about,” Mr. Polskin said. “It occupies time on the talk shows. It gets people away from that 100,000 figure,” referring to the estimated number of Americans who have died from coronavirus.

“Trump’s a master at that,” Mr. Polskin added. “Throwing out these bright, shiny diversions.”