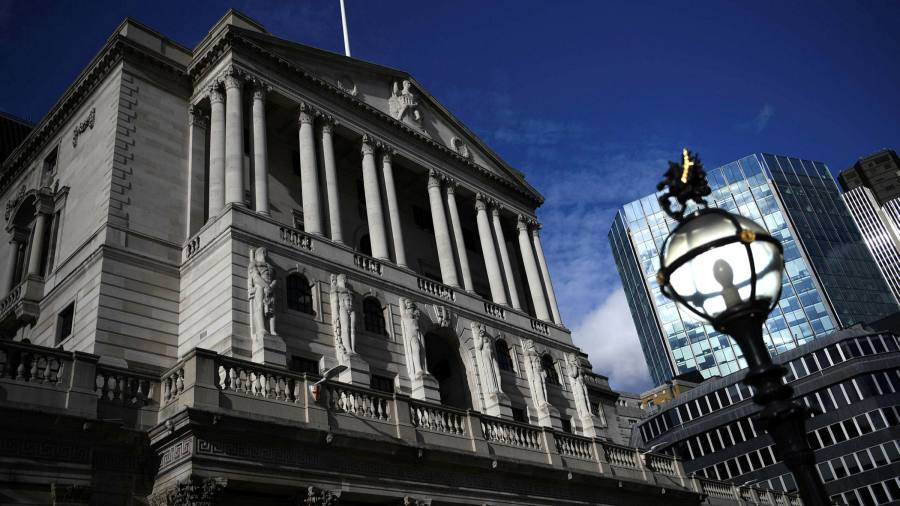 The latest rise in bond prices pushed yields on short-term debt even further below zero. Five-year UK government bond yields fell to minus 0.09 per cent, while two-year yields slipped to minus 0.13 per cent.

Negative yields now cover all gilts with maturities up to seven years, meaning investors are willing to pay the government to take their money — largely because of the huge demand stemming from the Bank of England’s bond-buying programme. This has enabled the government to raise new debt to prop up the economy during the Covid-19 crisis, with measures that have ranged from paying for furlough programmes to subsidising restaurant meals.

“We have had absolutely massive supply of gilts, but even bigger demand,” said Mike Riddell, a fund manager at Allianz Global Investors. “The BoE has eaten up all the extra gilts.”

The catalyst for Friday’s moves was a broader pick-up in prices of the safest government debt after a rise in coronavirus cases in the US sent investors looking for haven assets. A recent uptick in virus deaths in Florida has fuelled fears that the outbreak could stall a fragile recovery in the world’s largest economy. Germany’s 10-year yield fell to a four-week low of minus 0.52 per cent, while the equivalent US Treasury dipped to its lowest level since April, at 0.58 per cent.

Before the recent crisis any big increase in government borrowing would normally push up bond yields. But yields have remained low since the crisis began and are unlikely to rise, given muted inflation risks and the long term support of central banks.

Mr Sunak on Wednesday outlined a series of measures that are expected to take public borrowing to £350bn this financial year. The budget deficit is on course to rise to almost twice the level it hit at the peak of the 2008-2009 financial crisis.

The BoE’s bond-buying programme, which was expanded by £100bn last month to reach £300bn, has helped keep bond prices high. So far, the central bank’s purchases have increased at a higher rate than government bond issuance.

Gilts might struggle to rally further, said Mr Riddell, given that the rate of BoE purchases is expected to fall below new issuance over the next few months. However, more bad news on the spread of Covid-19 could boost investor demand, he added.

BoE governor Andrew Bailey in May said the policy was under “active review”, having previously played down the prospect. Since then, Mr Bailey has reportedly written to banks warning them of the challenges of negative rates.

Money markets are pricing in a cut to zero from 0.1 per cent by the middle of next year, and a smaller chance of cuts into negative territory afterwards.