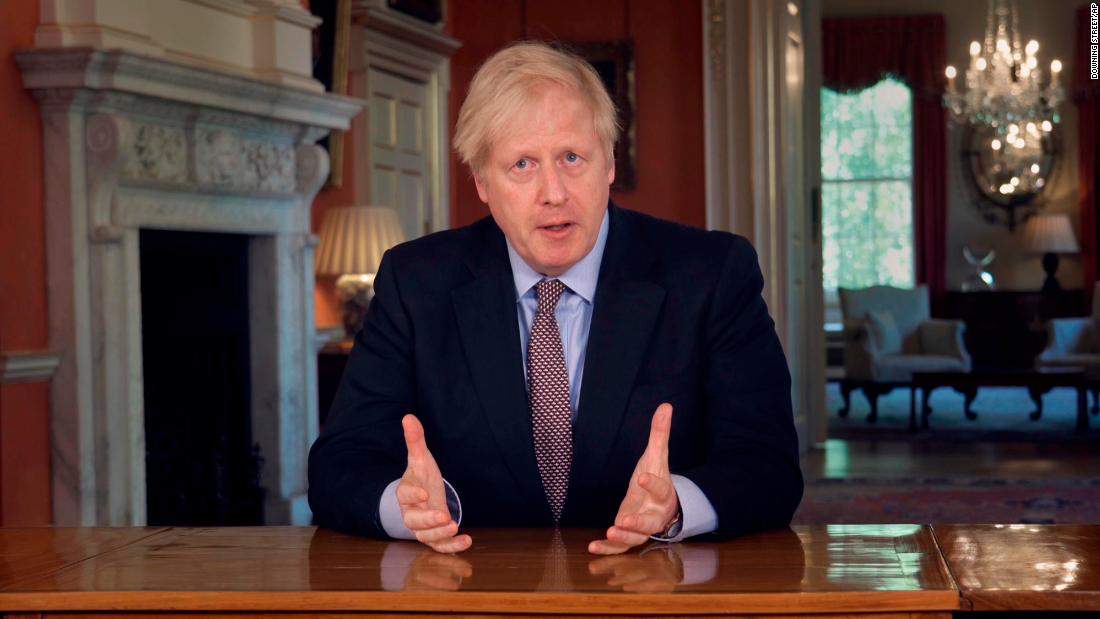 Prime Minister Boris Johnson on Sunday announced that restrictions on exercise and local travel would be eased after six weeks of lockdown. Workers in some industries, such as construction and manufacturing, are being encouraged to return to their jobs.

“We said that you should work from home if you can, and only go to work if you must. We now need to stress that anyone who can’t work from home, for instance those in construction or manufacturing, should be actively encouraged to go to work,” Johnson said during a televised address from 10 Downing Street.

Yet labor unions urged caution, saying many people won’t be able to get to work if they also follow the government’s recommendation to avoid public transportation.

“Lots of working people will feel anxious and confused after listening to Boris Johnson,” Frances O’Grady, general secretary of the Trades Union Congress, wrote on Twitter, noting that the government hasn’t published guidance on how workers will be kept safe.

“So how can the [prime minister] — with 12-hours’ notice — tell people to go back to sites and factories? It’s a recipe for chaos,” added O’Grady, whose organization represents 48 trade unions and 5.5 million workers.

Several business lobby groups have also called for clarity from the government on how the revised rules should be applied.

Richard Burge, CEO of the London Chamber of Commerce and Industry, advised businesses in the British capital to keep their employees at home. “You have not been given sufficient information on how to get your employees safely to work, nor how to keep them safe while they are there,” he said in a statement Sunday.

UK Foreign Secretary Dominic Raab said Monday that workers who cannot work from home should start Wednesday, instead of immediately, as many viewers of the prime minister’s speech had assumed.

Moves to restart certain industries follow a warning last week from the Bank of England that the UK economy could shrink by 14% in 2020, its worst contraction in 300 years. The government is already paying salaries for more than 6 million workers affected by the shutdown.

In a radio interview with the BBC, Raab refused to answer whether employees would be able to refuse to work if they did not feel secure, saying “it’s very difficult to answer that hypothetically.”

He said a 50-page document setting out sector-specific guidelines for returning to work would be released later on Monday, before coming into effect on Wednesday.

There are also mixed messages coming out of the nations that make up the United Kingdom, adding to the sense of confusion among business and workers.

Wales, Scotland and Northern Ireland have extended their lockdowns to May 28 and officials from all three nations said there had been no coordination with the UK government over its new messaging, which advises people to “stay alert” rather than “stay home.” Authorities outside England said they would continue to recommend their citizens stay home.

“Businesses will need to see detailed plans for the phased easing of restrictions, coordinated with all nations across the UK and supported by clear guidance,” director general of the British Chambers of Commerce, Adam Marshall, said in a statement. “It is imperative that companies have detailed advice on what will need to change in the workplace, including clarity on the use of PPE [Personal Protective Equipment],” he added.