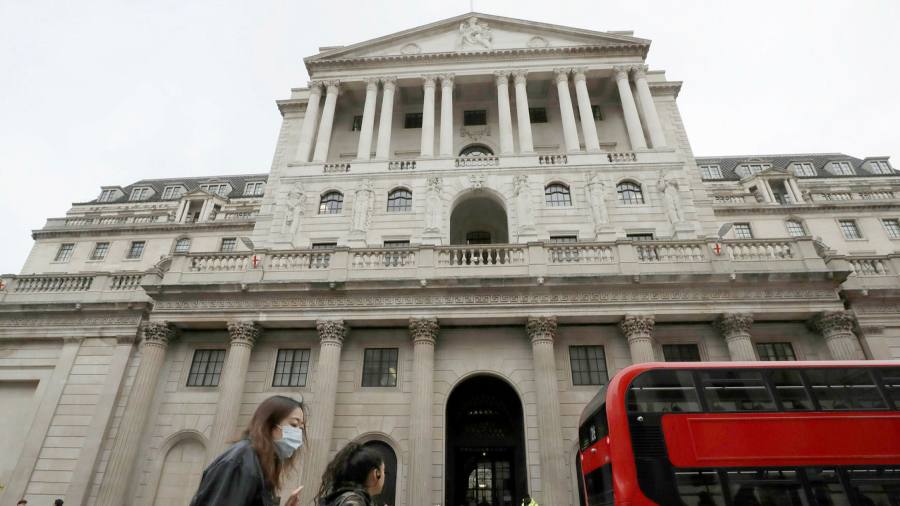 The UK’s 30-year government bond yield has dropped below the equivalent borrowing cost for Japan for the first time, despite a huge expansion in gilt issuance to tackle the coronavirus crisis.

Renewed price gains pushed the benchmark 30-year gilt yield down to 0.6 per cent on Tuesday morning, dipping marginally below the yield of the 30-year Japanese government bond, according to Tradeweb data. UK yields across a range of maturities have in 2020 sunk to all-time lows, with some shorter-dated borrowing costs turning negative, despite expectations that full-year gilt sales will top £400bn, smashing previous records.

The resilience of the UK market suggests investors are prepared to absorb the extra borrowing with little drama, in exchange for the perceived safety of the debt. But returns are likely to be meagre.

“The gilt market has become Japanified to the extent that it doesn’t represent much value for [large] investors,” said Nick Wall, a portfolio manager at Merian Global Investors.

The UK’s Debt Management Office said on Monday it planned to sell £50bn of gilts in August, taking its borrowing for the first five months of the financial year to £275bn, already dwarfing the full-year record of £227.6bn in 2009-10.

Typically, such issuance would be expected to dent prices and push up yields. But the £300bn of bond purchases announced by the Bank of England since late March is helping to prop up the market. Thanks to the level of intervention by the BoE, fund managers say gilts bear a growing resemblance to the situation in Japan, where the central bank has used purchases to pin yields at pre-determined levels since 2016, making government bonds a relatively unattractive investment.

The gilt market has become Japanified . . . it doesn’t represent much value for [large] investors

The UK, which has a much longer average maturity to its outstanding bonds than other big economies, has focused much of the new issuance on shorter-dated bonds. That has helped to support the longer end of the gilt market, where insurance companies and pension funds looking to hedge their long-term liabilities represent a steady source of demand. Meanwhile, other investors have observed the weakness of the UK economy, which contracted by 2.2 per cent in the first quarter, and retreated to the safety of gilts.

“Some buyers have no choice and have regulatory requirements; some are more risk-averse,” said Andy Mulliner, a global bond portfolio manager at Janus Henderson Investors. “The interest rate risk the market is having to absorb is not at the longer end of the curve.”

The gilt rally has contrasted with recent weakness at the long end of the JGB market, where yields have drifted higher as Tokyo continues with its own expansion in debt issuance.

The Bank of Japan’s newly released schedule of JGB purchases for July indicated that it would not be buying more aggressively at super-long maturities.

Shuichi Ohsaki, a rates strategist at Bank of America, said the central bank views an excessively flat curve — where long-term yields are barely above their shorter-term counterparts — as bad for the economy and that it is willing to tolerate the steepening at the super-long end for the time being.

Haruhiko Kuroda, the BoJ governor, has previously said that fiscal and monetary policy would be co-ordinated to prevent long-term yields rising, even in the face of lots of new issuance. But the spread between 10 and 30-year JGB yields has continued to widen for three months to the end of June in the longest phase of steepening for nearly two years.