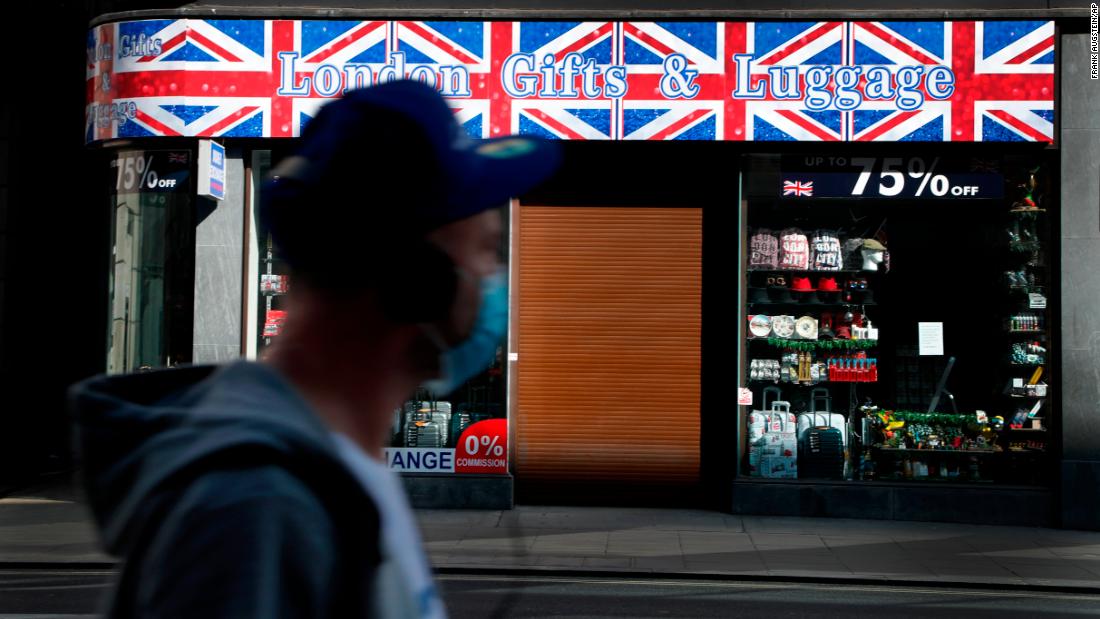 The head of the Confederation of British Industry, which represents 190,000 UK companies, warned Thursday that businesses would be unable to withstand another shock after the coronavirus pandemic hammered their cash reserves and left many fighting to survive.

UK and EU officials are trying to agree new terms of trade after Brexit took effect in January, but progress has been painfully slow and time is running out to prevent a rupture when transitional arrangements expire at the end of 2020.

“The resilience of British business is absolutely on the floor,” CBI director-general Carolyn Fairbairn told the BBC. “Every penny of cash that had been stored up, all the stockpiles prepared have been run down. The firms that I speak to have not had a moment to plan for a no trade deal Brexit at the end of the year,” she added. “As one [CBI] member put it to me — just because the house is on fire, it doesn’t make it okay to set fire to the garden shed.”

British companies have already borrowed nearly £35 billion ($44.4 billion) under government coronavirus relief programs, according to figures released Tuesday by the UK Treasury. And nearly 9 million people — about 27% of the workforce — are relying on the state to pay all or part of their salary at a cost of £19.6 billion ($22.2 billion) thus far.

The United Kingdom is heading for its worst economic crash in more than 300 years because of the pandemic, even as it races towards the self-imposed deadline to get a trade deal with the European Union, its single biggest export market.
Major UK companies have already announced more than 75,000 job cuts, with more coming as partial lockdowns and social distancing continue. UK energy company Centrica (CPYYY) said Thursday that it was cutting 5,000 jobs mostly by the end of 2020, and Bombardier (BDRAF) confirmed that 400 jobs would go at its operation in Northern Ireland. Smaller companies are also being slammed, adding hundreds of thousands of job losses to the total.

Unemployment in the United Kingdom could soar to nearly 15% in the fourth quarter if there is a second coronavirus outbreak, according to the Organization for Economic Cooperation and Development.

The Paris-based agency said Wednesday it expects the UK economy to shrink by 11.5% this year even if a basic free trade agreement with the European Union is reached, and a second wave of infections is avoided.

That is the worst projected contraction among major economies. And if infections spike again and stricter social distancing measures are reintroduced, GDP could collapse by 14%, the OECD added.

Most at risk are companies in the hospitality and travel industries. Many restaurants and pubs fear they won’t survive, even if they’re allowed to reopen next month as planned, because of social distancing rules.

Cabinet ministers are now lobbying to have Britain’s two meter social distancing rule lowered to one meter, in line with World Health Organization guidance, according to a government source briefed on discussions. This will be crucial for bars, restaurants and theaters to reopen, and for ensuring that public transport can operate.

Travel and tourism businesses are furious about the impact of new quarantine rules introduced Monday that require international arrivals to isolate themselves for two weeks. London Heathrow, Europe’s largest airport, said Thursday that it is “no longer sustainable” to protect frontline jobs, as it reported a record 97% fall in passenger numbers in May, compared to the same month last year. It has already reduced management jobs by a third.

Travel and tourism is responsible for almost 4 million UK jobs, or 11% of the workforce, and 9% of UK GDP in 2019, according to the World Travel and Tourism Council. It estimates that 1.2 million of these jobs could be lost in 2020 due to the pandemic.

Given the damage a no-deal Brexit will cause an economy already on its knees, Britain may be left with no other option but to extend the deadline for trade talks. It has until the end of this month to make such a request. Prime Minister Boris Johnson has consistently said he does not want to do this.

But the talks have not been going well and have been further complicated by the pandemic, which has forced negotiators to rely on videoconferencing. Michel Barnier, the European Union’s chief Brexit negotiator, said last week that there has been “no substantial progress” since negotiations began, and that the United Kingdom keeps backtracking on earlier commitments.

David Frost, chief Brexit negotiator for the United Kingdom, said in a statement that “progress remains limited” but insisted the talks have been “positive in tone.”

“If we have a political timescale that takes us to a brinkmanship deal in December that will be catastrophic for British business — they will not be ready,” according to Fairbairn.

The CBI set out proposals for a “jobs-rich economic recovery” in a letter to Johnson on Thursday. The group called on government to prioritize skills-building for young people, invest into the green economy and direct stimulus to small businesses and those focused on high-growth sectors.

The OECD expects unemployment will hit 7.2% in Britain by the end of 2021, even if a second wave of infections is avoided and a trade deal with the European Union comes into force. That compares with 3.9% at the end of the first quarter of this year.