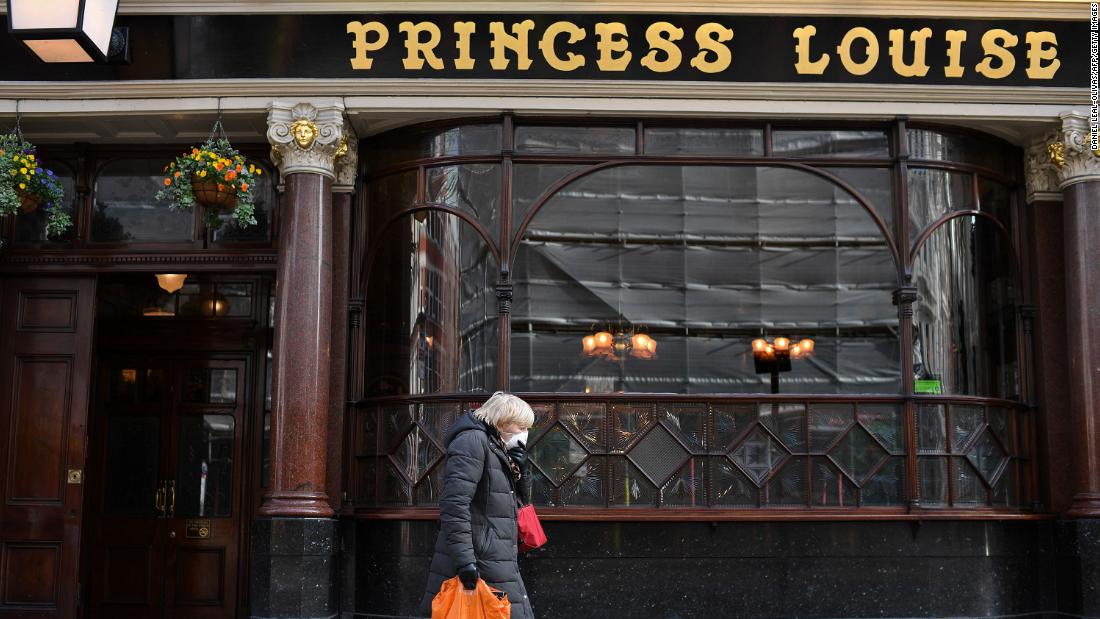 Unveiling an unprecedented intervention by the state in the British economy, finance minister Rishi Sunak told reporters that the government will cover 80% of worker salaries for at least the next three months up to a maximum of £2,500 ($2,900) a month, which is more than the average income.

Sunak said the measures would apply to all companies, large or small. The measure was part of a bigger rescue package for British businesses, including tax relief totaling £30 billion and interest-free loans for up to 12 months. A deep recession is looming as activity across the economy grinds to a halt.

In recent days, the UK government has been criticized for not taking the coronavirus outbreak seriously enough, and relying on citizens to practice social distancing rather than simply shutting down bars and restaurants.

Johnson said establishments would be closed to the public starting Saturday but they could continue to offer food to go. He said he was confident the “tide could be turned” in the fight against the coronavirus outbreak, but people needed to stay away from one another.

Sunak said the government has never had a program on this scale to pay wages and had to build its system “from scratch,” he said, adding that “unlimited funding” is available.

The first payments would be made within weeks, with the program fully up and running by the end of April.

Companies and employees will respond with “relief and determination,” said Carolyn Fairbairn, the director general of the Confederation of British Industry, a business lobby group.

“It marks the start of the UK’s economic fightback — an unparalleled joint effort by enterprise and government to help our country emerge from this crisis with the minimum possible damage,” she said in a statement.

Mike Hawes, CEO of the UK’s Society of Motor Manufacturers and Traders, said in a statement that the measures will come as a “huge relief” to car companies, their workers and families. He said 99% of the UK automotive industry had come to a halt, meaning “thousands of businesses are counting their future not in months or weeks, but in days.”

The measures come on top of programs unveiled by the UK government earlier in the week to support individuals and businesses, including £330 billion in loan guarantees and suspending local business taxes for the retail, hospitality and leisure sectors for 12 months. Mortgage providers have also agreed to delay payments for three months for people affected by the coronavirus.

Britain’s rescue package goes even further than similar dramatic interventions unveiled by governments in Denmark and Australia in recent days.

Companies in Denmark that would otherwise be forced to cut staff by 30% or lose more than 50 people will receive government funds to cover 75% of their wage bills for three months, the Ministry of Employment said in a statement on Sunday. The compensation is capped at 23,000 Danish krone ($3,300) per employee.

Deutsche Bank economists expect UK GDP to contract by 4% this year, as the economy is hit by weaker global growth, a slowdown in Europe, its largest trading partner, supply chain disruptions and a drop in business activity related to social distancing measures.

If the spread and duration of the coronavirus is larger and longer than anticipated, the economy could shrink by as much 6%, making this “the worst recession for a century,” they said in a research note Friday.