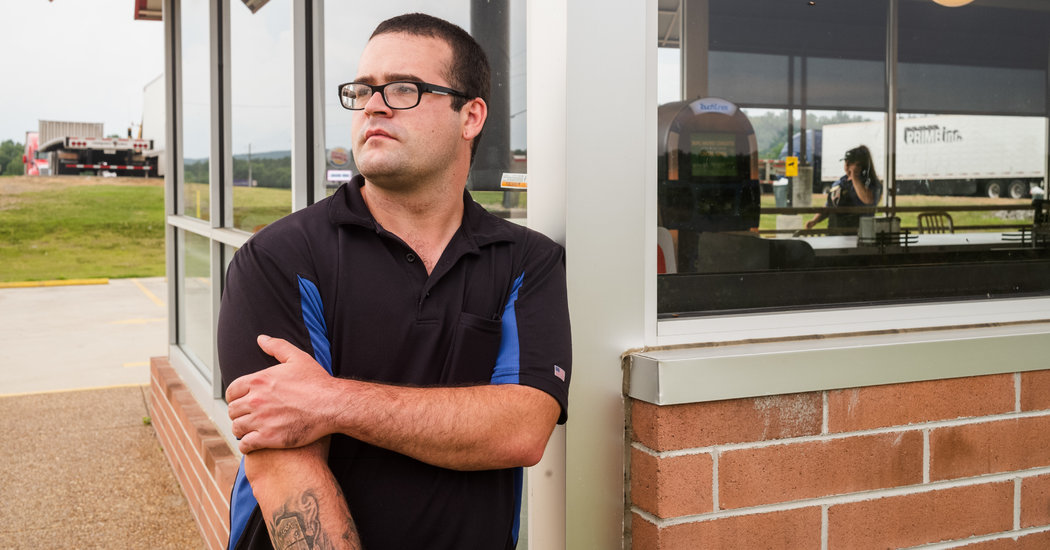 “We’re in a better position than some people,” Ms. Terlingo said. “We’re not the starving ones.”

As businesses reopen, jobless workers are starting to seek in-person help. At job fairs around the country, hospitals are seeking nurses and school districts are looking for bus drivers. CareerSource Florida, a state agency helping job seekers, recently began offering on-site assistance by appointment. Last month, the Alabama Department of Labor set up stations around Montgomery to help people with their claims, but limited the number of visitors and suggested that they bring lawn chairs and snacks to pass the time in line.

Eric Latham, a 26-year-old restaurant worker living in Fayette, spent days calling the Alabama agency after nearly $1,600 in benefits failed to show up in his account. While updating his unemployment claim one week, he noted that he had briefly worked for his employer for one day during his furlough, a detail that seemed to cut off his payments.

“That was two weeks of very little income — that set me back,” he said. “I need it. I have bills. But I’ll probably just have to eat it.”

Mr. Latham returned to work on Thursday, despite reservations about the coronavirus. Reopening efforts are proceeding slowly, as government officials and business owners try to stave off more infections.

Many workers remain in limbo.

Donald Franklin III, 21, was furloughed in March from his manufacturing job in Aliquippa, Pa., 20 miles northwest of Pittsburgh near the Ohio border. He received one unemployment check and has tried in vain to reach the Pennsylvania unemployment office to inquire after the rest of his benefits.

Now home in Ohio, he is worried about having enough money to pay his bills. He received some family money, scaled back his spending and asked for an extension on his internet bill.

Eager to get back to work, he is hoping for a call from his employer, which has begun restoring shifts. But because Mr. Franklin works nights, he is concerned that rioting could lead to curfews that keep him from traveling to his job. He is also nervous that if the stores that carry his company’s products are looted, demand might tumble.