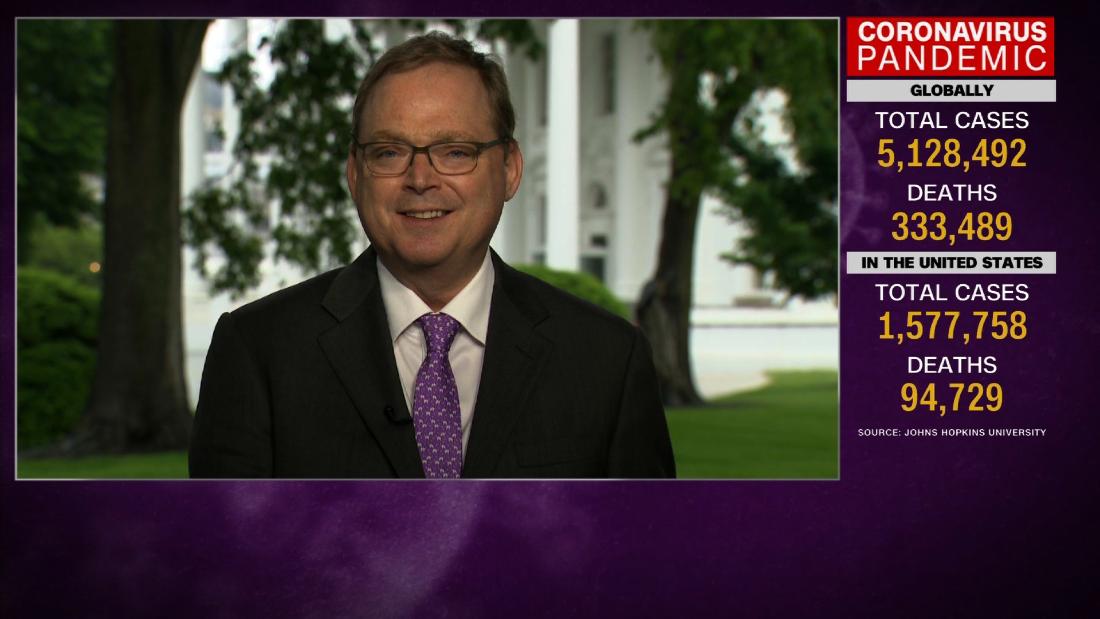 Kevin Hassett, a senior White House economic adviser, told CNN’s Poppy Harlow Friday morning that he thinks the unemployment rate, which hit 14.7% in April, may rise to 22% to 23% by May and edge up a bit in June before heading lower.

“June will be higher,” Hassett said. “That will be the turning point.”

He predicted that Congress and President Trump will agree on a so-called “fourth wave” of economic stimulus “sooner rather than later.”

That would add to the trillions of dollars already set aside by lawmakers as well as the Federal Reserve in order to assist consumers, businesses and local governments struggling due to the Covid-19 pandemic.

Hassett added that now he believes many unemployed and furloughed workers might return to the labor force more quickly than he previously expected. He credited the quick response from politicians and the Fed.

“This was the biggest negative shock ever, but we also had the biggest policy response ever,” Hassett told Harlow.

Stocks have surged since mid-March on hopes of a rapid rebound for the economy. But many experts are skeptical that a so-called V-shaped recovery will materialize.
Earnings estimates for Corporate America continue to plunge, and it’s unclear how much profits will bounce back in 2021.
Renewed worries about US-China trade tensions and strict new security laws in Hong Kong also may the market and economy too. The Senate wants to crack down on publicly traded Chinese companies listed in the United States that don’t agree to open their books for accounting reviews.

“China is getting close scrutiny and we are considering all options,” Hassett said. “We are not going to give China a pass.”