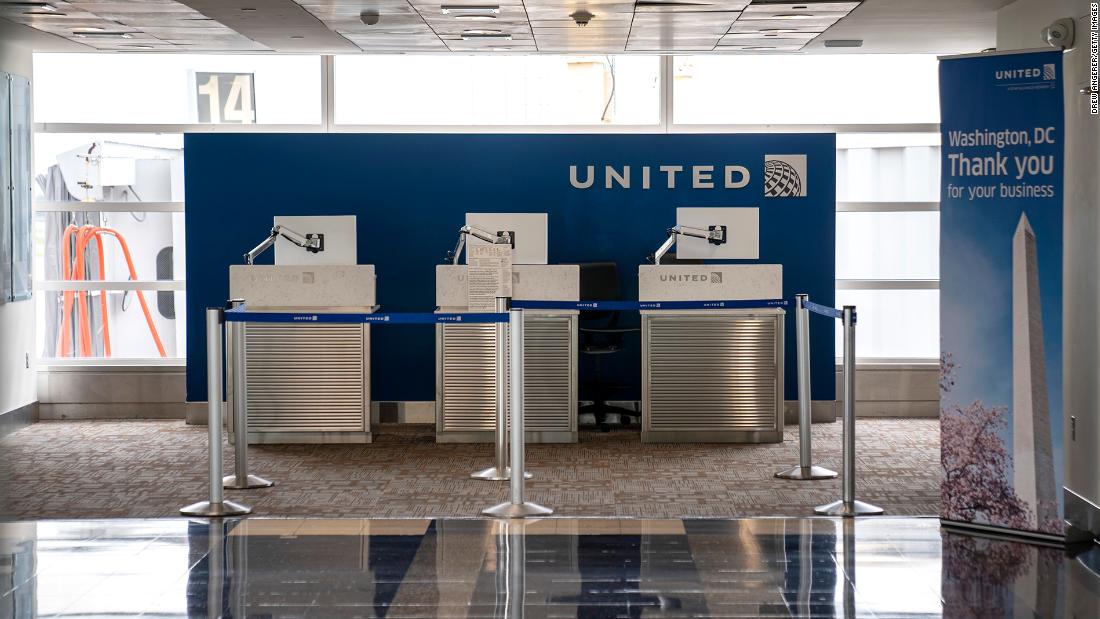 Airlines are not allowed to lay off or furlough employees before the end of September, as one of the conditions of the $50 billion bailout package for the industry recently passed by Congress. At the company’s annual meeting Wednesday, Scott Kirby told shareholders he hopes to reach an agreement with the airlines’ unions by then to keep United’s 100,000 employees on the payroll, even it means reduced hours and other labor cost savings.
“We’ll be taking time in the months ahead to work with our union partners on creative ideas that would involve reduced hours and leaves of absences instead of furloughs,” said Kirby, who had been United’s president and who became CEO at the conclusion of the annual meeting. “I recognize that even though those options are difficult and will need to be widely shared by everyone here at United, it would save jobs, and most importantly, it would allow us to bounce back quickly, which is the best way to ensure everyone’s jobs and stability for our company for years into the future.”

All US airlines have far more staff than they need given the deep cut in air travel during the coronavirus pandemic.

The number of people passing through TSA screening at US airports on Tuesday was just 8% of the number on the same day a year ago.

But bookings are beginning to rebound for the months ahead. United (UAL), Southwest (LUV) and Delta (DAL) have all started to add back some of the flights they had previously cut. United, for example, expects a 75% reduction of its schedule in July, rather than a 90% reduction in the May and June schedule.

It’s unclear when traffic demand will return to 2019 levels, but Kirby said he expects it may take years, and a recovery in air travel depends on having a vaccine for Covid-19.

“By the time we get to October, we’re almost certain that demand will continue to be down significantly,” Kirby said.

“We’ve seen in the headlines our competitors preparing to furlough thousands of employees,” he told shareholders. But he said he believes the airline can reach a deal with its unions to avoid those kinds of cuts.

Most of the major unions at United did not immediately respond to a request for comment on Kirby’s statements.

Todd Insler, the head of the Air Line Pilots Association at United said the union is “committed to working with Scott and this new team going forward to find more voluntary options that will ensure we swiftly return to profitability.”

More than 100,000 employees at the four largest US airlines — United, American (AAL), Delta and Southwest — have agreed to take voluntary unpaid leaves during the pandemic, which are allowed under the bailout bill.

The airlines have also told their nonunion employees to take some unpaid days off the rest of this summer. American and Delta have said they expect to offer buyouts and early retirement packages to find voluntary ways to reduce the headcount.

“In addition to continuing the unpaid leaves, we hope that most of the head count changes that we’re going to need are going to be achieved through these voluntary programs, and we can do that quickly,” said Delta CFO Paul Jacobson in comments to investors on Tuesday.

But Delta’s senior vice president of flight operations warned pilots last week that the airline believes it will need only 7,000 of its 13,000 pilots come this fall. Even with the number of Delta pilots who will hit mandatory retirement age through summer of 2021, and expectations of continued recovery in air travel, Delta believes it won’t need 2,500 of its current pilots in the fall of 2021.