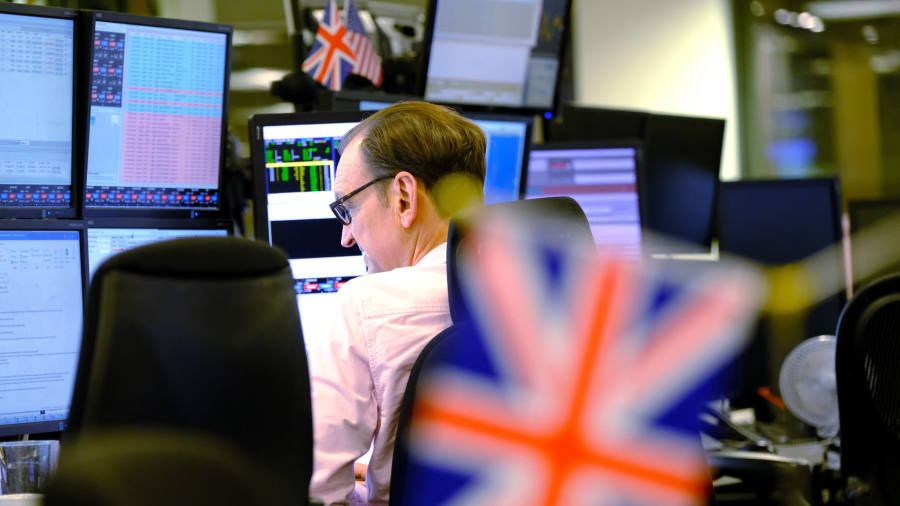 Global stock markets regained some poise on Monday after the Federal Reserve unleashed its most forceful effort to date to contain the financial fallout of the coronavirus, including a pledge to buy US government bonds in unlimited amounts.

Europe’s Stoxx 600 was 1.4 per cent lower after the Fed’s announcement, having tumbled more than 4 per cent in early trading, while London’s FTSE 100 also trimmed its losses. French and German stock markets turned higher. Treasuries led a rally in government bonds, while US futures pointed to small gains at the open. They had earlier indicated sharp declines after negotiations on US stimulus measures hit an impasse at the weekend, triggering sharp falls across Asia.

“The Federal Reserve is committed to using its full range of tools to support households, businesses, and the US economy overall in this challenging time,” the Fed said in a statement. The Fed had already sped up the pace of asset purchases in recent days after its earlier interventions failed to ease the strains in debt markets.

Investors had been waiting for more measures to support markets after their hopes for a $2tn package to support the US economy during the outbreak were dashed on Sunday when senators failed to advance the necessary legislation.

“There has been mounting fear that we would see a repeat of the political dysfunction on display during the Global Financial Crisis — and the US Senate delivered yesterday, as it was unable to pass a stimulus package of very questionable adequacy in a procedural vote. And, as with the Global Financial Crisis, the Fed has stepped in, offering enough ‘bazookas’ to soothe markets for the moment,” said Kristina Hooper, chief global market strategist at Invesco.

Other traders and investors agreed the delay to the stimulus package had echoes of September 2008, when Congress voted down the bailout package known as Tarp, sparking fresh turmoil in markets before it was passed at the second attempt.

“We are seeing moves that are as becoming large as those during the global financial crisis,” said Mohammed Kazmi, a portfolio manager at UBP. “I expect that forces them to act. But even though all this stimulus helps, we will only see stability return once cases of the virus start to decelerate.”

The latest Fed intervention followed a steady stream of bleak news reports over the weekend, showing the outbreak worsening in Europe and a second wave spreading to Asia.

“The ‘coronacrisis’ has pushed the world economy into a deep recession,” said Jan Hatzius, chief US economist at Goldman Sachs, in a note to clients on Sunday. He said the crisis — and governments’ response to it — represents a “constraint on economic activity that is unprecedented in postwar history.”

In Italy, the centre of the outbreak in Europe, the government has ordered all businesses except those deemed essential to close down as the death toll there climbed above 4,000 people. The global tally of those infected with Covid-19 has hit 341,427 with more than 14,500 fatalities.

The moves herald what could be another volatile week for markets, which have been pummelled over the past month, with the coronavirus outbreak showing few signs of easing.

News that Senator Rand Paul tested positive for coronavirus added to unease over how rapidly Congress could approve the stimulus, said Mansoor Mohi-uddin, a senior macro strategist at NatWest Markets. “Investors will be very concerned that if policymakers become incapacitated they can’t push that stimulus through.”

Coronavirus cases in the US have reached almost 30,000 and investors said it was crucial Washington quickly enacted measures to cushion the blow to the world’s biggest economy.

“Policymakers have been very proactive at providing monetary support but fiscal support is coming in fits and starts,” said Johanna Chua, an Asia strategist at Citi. The “UK’s fiscal support is massive but [the] rest of Europe and the US are still slow”.

“No one can be certain how the virus outbreak will unfold”

In Japan the Topix index gained 0.7 per cent after the country returned from a three-day weekend. Traders said dealing floors now assumed that the central bank would intervene heavily at any sign of market capitulation.

The Bank of Japan said after the market closed on Thursday that during the day it had bought more than ¥200bn ($1.8bn) of exchange traded funds, its biggest one-day intervention in history. The yen’s fall past ¥110 per dollar was also supporting the market, traders said.

Brent crude, the international oil benchmark, declined 5.4 per cent to $25.53 a barrel.

The virus’s rapid spread has left investors desperate to quantify its economic impact. Michael Hood, a global strategist at JPMorgan Asset Management, forecast a quarter-on-quarter drop of 14 per cent in US gross domestic product in the first three months of the year.

“Given that no one can be certain how the virus outbreak will unfold, the risk appears to be on the weak side of even these catastrophic numbers,” he added.