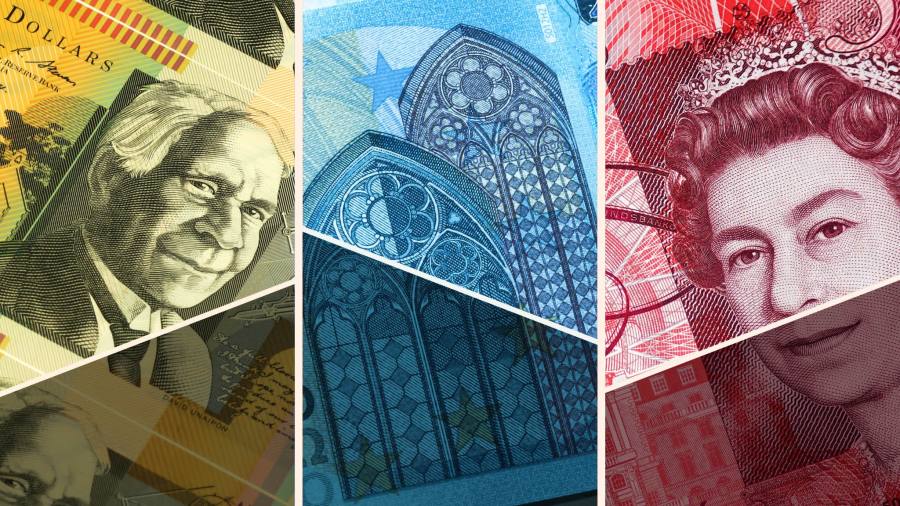 Abnormal moves in currencies shortly before the calculation of daily benchmarks are bumping up costs for investors and could even suggest that high-speed traders are trying to manipulate exchange rates, according to Raidne, a market surveillance company.

Since the start of March, Raidne says, the Australian dollar, sterling and the euro have started to behave oddly in the run-up to London’s so-called 4pm fix — the most commonly used benchmark in foreign exchange, run by WM/Reuters. The fix is a five-minute period of trading used to calculate daily exchange rates that underpin a huge range of transactions.

Price swings within that window have doubled compared with previous months, and the pick-up in volatility starts earlier, Raidne has calculated. The pattern could suggest that computer-driven hedge funds are anticipating orders and tilting exchange rates against the interests of investors and companies that use the benchmarks.

“Something has changed in March; we’ve seen a step-change in the way the exchange rate moves around the fixing,” said Jamie Walton, co-founder of Raidne and former head of the currencies and rates quantitative trading team at Morgan Stanley. “Some of the moves suggest that at least one person is manipulating the market, particularly in the Australian dollar.”

Global currency markets operate 24 hours a day, five days a week, with no equities-style closing price to use as a reference point. Many investors therefore use a handful of fixes as the daily benchmark rate for their currency trades that are a byproduct of buying and selling stocks or other assets.

To manage the risks associated with these often large transactions, banks handling clients’ fixing orders start to buy or sell currencies ahead of the five-minute window in which the benchmark is calculated. A code of conduct agreed by banks, central banks and other market participants deters any efforts to unduly influence exchange rates — a legacy of the benchmark fixing scandal that arose in 2013. But nothing prohibits other investors such as quantitative hedge funds or high-frequency trading firms from seeking to profit from this process.

Refinitiv, which operates the benchmark known as WM/R, said that, as a regulated entity, it had a “robust surveillance and monitoring framework to maintain the accuracy and integrity” of the fix and transaction submissions. It declined to comment on the market speculation.

Raidne is not alone in noting that completing deals at benchmark rates has become more challenging. State Street-owned analytics company BestX also noted in a study this month that price swings around benchmarks had picked up, with investors paying about three times as much for doing deals at the benchmark at the end of March compared with three months earlier.

The higher prices might prompt buyers to transact at other times of day, wrote Peter Eggleston, a BestX co-founder. “If there is discretion to move flow to other times of the day, or use other benchmarks, these market conditions, which are likely to persist for some time, may warrant investigating such options,” he wrote.

One example of unusual market action came on April 1, when the Australian dollar spiked shortly before the London 4pm fix, without an obvious catalyst. It was the third such episode since the start of March. And on Wednesday, both the Australian currency and sterling saw outsized moves during the run-up to the fix and within the calculation period.

Some of these peculiar moves may be a byproduct of highly volatile market conditions since the coronavirus outbreak started shaking up all asset classes in late February.

But Raidne’s analysis has found “excessive moves” around the fix, even accounting for increased volumes as a result of elevated volatility in other markets.

The unusual patterns mean that the implied cost of executing trades around the benchmark has doubled in March compared with previous months, according to Mr Walton.

Currency trades do not carry a commission, but investors and others do effectively pay more for “fix” trades when the rate moves against them. Mr Walton said he has observed a consistent pattern of exchange rates moving in one direction just minutes before the start of the calculation window, before violently turning in the other direction during the fixing.

“Hedge funds are looking for signals to anticipate the fix and push the exchange rate in the opposite direction to profit at the expense of customers,” said Mr Walton. “The result is that the WM/R fix is most likely being pushed against the clients’ flow and adding extra costs for investors.”