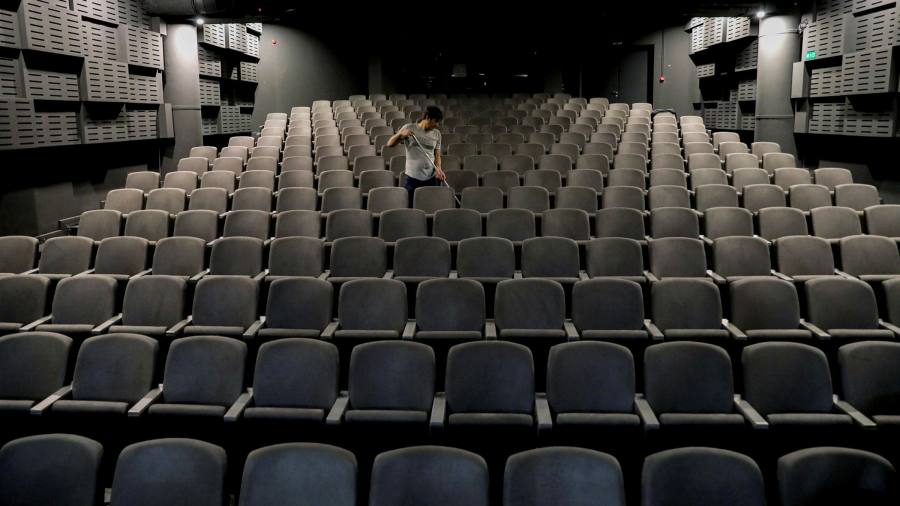 US companies hard hit by the coronavirus raised more than $2bn in debt on Monday, as investors showed a renewed willingness to lend to junk-rated issuers following steps taken by the Federal Reserve last week to prop up the market.

Cinema operator Cinemark, which has closed more than 300 theatres across North America, and cut-price retailer Burlington Coat Factory were among those securing financing, according to people with knowledge of the deals.

Their success is likely to open the door to other, lesser-known and lower-rated companies in need of cash.

“These issuers are trying to take advantage of a little bit of positivity in the market right now compared to where we were before the Fed announcement,” said Andy Forsyth, a portfolio manager at BNP Paribas Asset Management.

“If I am a high-yield issuer and I know I have cash needs over the next few months, today is the perfect day to come to market.”

The moment they see an opportunity to shore up their balance sheet, I think it is rational behaviour to take it

The Fed sparked the biggest rally in junk bonds in more than a decade on Thursday, when it announced its unprecedented decision to purchase exchange traded funds that buy high-yield debt.

The US central bank had already announced it would help prop up the larger investment-grade bond market. It now plans to buy bonds that on March 22 were rated triple B or higher — the threshold for being considered investment grade — including debt from companies that have been downgraded since then, such as Ford.

Both the high-yield bond market and the leveraged loan market have rallied sharply in recent weeks, as the economic rescue efforts from the US government and the Fed have expanded.

The average yield on high-yield bonds had fallen from a high of 11.4 per cent on March 23 to 8.2 per cent on Monday. Yields go down when bond prices go up.

Loan prices had risen from an average of 76 cents on the dollar to more than 86 cents over the same period, according to an index run by the Loan Syndications and Trading Association.

Investors have demanded high compensation and collateral to lend to lower-rated companies, however, given doubt over when business will return to normal.

Monday’s borrowing by Cinemark, Burlington and Sabre was secured against the assets of the companies, which can be turned over to their lenders if they default.

Cinemark lured investors with a coupon of 8.75 per cent on its five-year bond offering, said people familiar with the deal. The new Sabre deal yielded 9.25 per cent, far above the 5.25 per cent interest rate it agreed to pay when it borrowed $500m in 2015.

“Most companies in high-yield realise they are fighting for survival in terms of not having visibility in terms of how they will be impacted and not knowing how well-functioning the high-yield market or the loan market will be,” said Oleg Melentyev, a strategist at Bank of America.

“The moment they see an opportunity to shore up their balance sheet, I think it is rational behaviour to take it. I think companies in more stressed sectors understand this even better.”