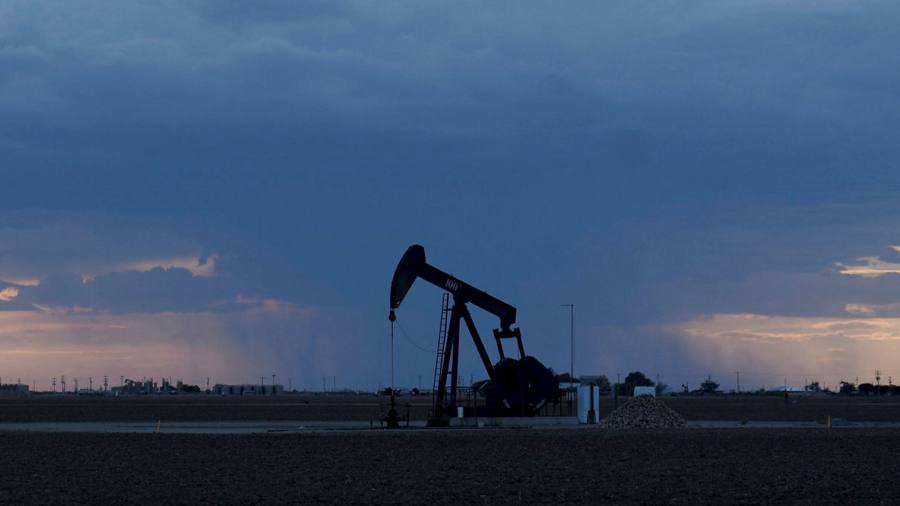 Extraction Oil & Gas, whose share price soared threefold during a frenzy of buying last week, declared bankruptcy late on Sunday, making the large US shale producer the latest victim of the worst oil-price crash in decades.

The Denver-based company filed for Chapter 11 protection as a 30-day grace period on a bond interest payment expired, leaving it in default.

Extraction is the second big US shale producer to go bankrupt during a crude price collapse triggered by soaring Saudi supply and the collapse in global energy demand prompted by the pandemic. Whiting Petroleum filed in early April.

“After months of liability management and careful analysis of our strategic options, we determined that a voluntary Chapter 11 filing with key creditor support provides the best possible outcome for Extraction,” said Extraction chief executive Matt Owens.

The company’s liquidity deteriorated sharply after plummeting oil prices hit cash flows and short-term lenders reduced the group’s credit facility. Extraction warned investors in May that it might not survive as a going concern.

The cuts in capital expenditure the company set out did not reassure analysts, who said this would worsen its liquidity by cutting output.

Extraction produces almost 100,000 barrels a day of oil equivalent from shale wells in Colorado’s DJ Basin. But its expansion efforts, including developing infrastructure for pipelines, and share buybacks left a debt pile of about $1.6bn against assets of $2.7bn in the first quarter.

The restructuring, which did not receive the backing of all of its creditors, will include a debt-for-equity swap, leaving unsecured noteholders in control of the company.

The group said on Sunday that it had obtained a commitment of $125m debtor-in-possession financing, made up of $50m in fresh funds and a roll up of $75m of existing loans.

Extraction was founded in 2012. Its listing in 2016 was the energy’s sector’s biggest initial public offering following the 2014 oil price crash, but its market capitalisation surpassed $4bn shortly after the IPO. On Friday, it was less than $100m.

Last week, retail buyers briefly drove Extraction’s share price up by almost 300 per cent. On Friday, the Financial Times reported that the company’s bankruptcy was imminent.

The oil crash had triggered 18 shale patch bankruptcies by the end of May, according to law firm Haynes & Boone. Seven came last month.