US stock futures down, pointing to another wild week on Wall Street 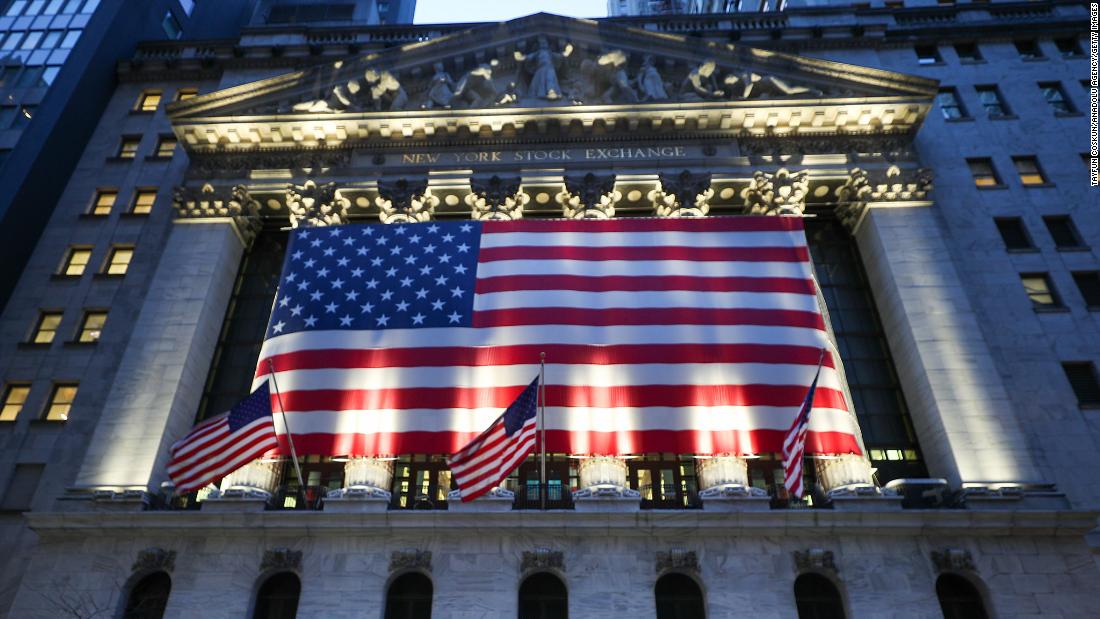 Dow (INDU) futures were down 371 points, or about 1.7%. S&P 500 (SPX) futures fell around 1.8% and Nasdaq (COMP) futures were down around 1.5%.
Stocks turned positive last week — and the Dow even left the bear market after climbing more than 20% from its recent low — as lawmakers and central bankers around the world made progress on measures to bolster economies weakened by coronavirus. On Friday, the US House of Representatives passed and President Donald Trump signed a $2 trillion stimulus package aimed at helping American workers, businesses and industries grappling with the outbreak.
But the virus continues to spread, threatening, among other things, jobs, corporate earnings and travel. Initial US jobless claims soared to 3.28 million, the highest on record, in the week ended March 21.
The United States now has more coronavirus cases than any other country in the world, with more than 136,000 cases confirmed as of Sunday. The Centers for Disease Control issued a travel advisory urging people in New York, New Jersey and Connecticut to “refrain from non-essential domestic travel” for the next two weeks.
Trump announced Sunday that the United States will extend its set of social distancing guidelines until April 30. He said he hopes the country will be on its way to recovery by June 1.