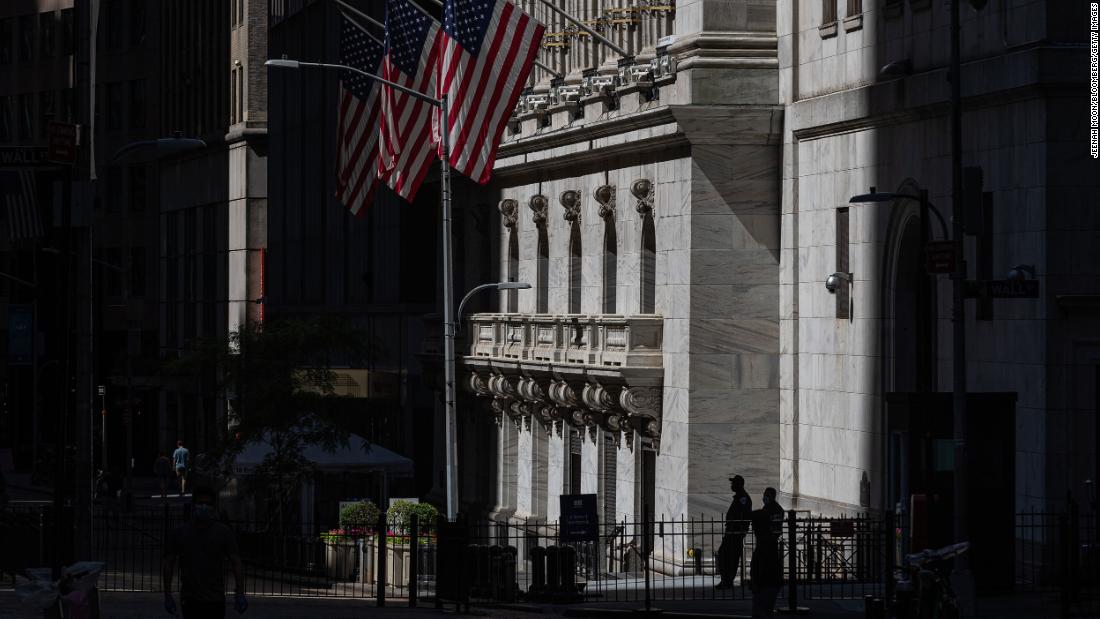 Dow (INDU) futures dropped as much as 321 points, or nearly 1.3%. S&P 500 (DVS) futures fell 1.2%, and Nasdaq (COMP) futures were down as much as 1.1%.
For weeks, Wall Street appeared increasingly disconnected from the rest of the world — big stock gains seemed incongruous with relatively high unemployment numbers and other data showing the real economy is struggling.
But last week, markets caught up with reality. On Thursday, all three indexes posted their biggest sell-offs since March.

However, US stocks bounced back on Friday, paring some of their steep losses from the prior session. The Dow closed 1.9%, or 477 points, higher. The S&P 500 ended up 1.3%, and the Nasdaq Composite finished 1% higher.

The National Bureau of Economic Research also officially declared last Monday that the longest economic expansion in American history is officially over, and the recession began in February.
As much of the United States begins to reopen following coronavirus lockdowns, scientists and health experts are warning about the potential for a second wave of the virus, which could have devastating effects for the economy. Several US states that reopened weeks ago are now reporting a rising number of infections and hospitalizations.
A second wave could undermine the extreme optimism about the economy that had catapulted US stocks towards record highs.

–CNN’s Matt Egan and Anneken Tappe contributed to this report.