US stocks close lower again for worst week since 2008 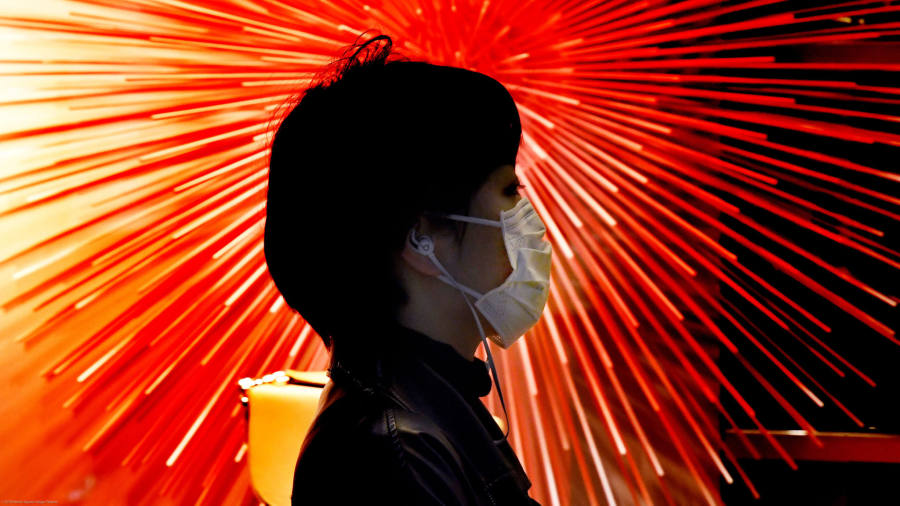 Global stocks gave up four months of gains this week as investors were seized by anxiety over the coronavirus, wiping one-tenth off equity values on mounting concern that the outbreak will stunt economic growth and corporate profits.

The S&P 500 fell 0.8 per cent on Friday, bringing its losses to 13 per cent since it hit a record high on February 19 and marking the worst week for global equities since 2008. Demand for the 10-year Treasury note, a haven for investors in times of stress, pushed its yield to 1.114 per cent, a new record low, before settling at 1.163 per cent.

The Federal Reserve issued a statement at 2.30pm stating it would “act as appropriate” to support the economy in response to the “evolving risks” posed by the spread of the coronavirus.

The Stoxx Europe 600 and the FTSE 100 both dropped by 3.4 per cent on Friday while MSCI’s Asia Pacific index fell 2.6 per cent, leaving global markets down by 11.2 per cent for the week.

“There is fear in the streets,” said Patrick Kaiser, portfolio manager for Brandywine Global Investment Management. “No one wants to have exposure over the weekend.”

The World Health Organization raised its risk assessment over coronavirus to “very high” but refrained from talking about a pandemic. Michael Ryan, a senior WHO official, said: “This is a reality check for every government on the planet. Be ready — we can avoid the worst but our level of concern is at the highest level.”

First cases of the flu-like illness, also known as Covid-19, were reported in countries as far afield as Mexico, Nigeria, Iceland and New Zealand as the number of confirmed infections rose to nearly 84,000 and deaths from the virus reached more than 2,800.

Iran suspended its parliament after at least four members became infected, and in Japan the governor of Hokkaido, an island home to 5m people, declared a state of emergency.

In Europe, the German authorities put 1,000 people under quarantine at home in North Rhine-Westphalia after the state registered 14 new cases, and some 50,000 people remain locked down in Italy’s industrial north.

Worries about the economic impact intensified as governments and businesses raced to contain its spread.

A decision by the Swiss authorities to ban events attended by more than 1,000 people led to the cancellation of the Geneva Motor Show, which had been due to start on Monday, and the Baselworld trade show for the Swiss watchmaking industry.

US stocks staged a late rally in the final minutes of trade after initially dropping 4 per cent when markets opened. Energy, financials and materials stocks were the worst performing sectors for the week. American Airlines was the worst performing US stock for the week, losing 31.5 per cent, while Citi and Bank of America lost 17 per cent, the most of the big Wall Street banks.

Utility companies, typically a safe harbour for equity investors in times of market strife, were the worst performing stocks on Friday, surprising veteran traders. “There are really unique things happening the market,” said Jim Smigiel, head of portfolio strategies group at SEI Investments. “Those rules you have in your mind . . . have been broken.”

An index of European travel and leisure stocks tumbled 19 per cent from last week in the heaviest decline since the terrorist attacks in September 2001.

“Whereas, just a week ago, investors were regarding the coronavirus as being predominantly a Chinese issue, it is now understood to be a fast-spreading global concern,” said Paul O’Connor, head of multi-asset at Janus Henderson Investors.

Bank of America has predicted global growth will slow in 2020 to below 3 per cent — the weakest pace of the post-crisis era, while Goldman Sachs said that US corporate profits would stagnate this year, slashing its previous expectation for earnings growth.

Gold had been in back in heavy demand this week, as a hedge against sliding stock markets, but it fell on Friday with the price easing 3.7 per cent to $1,584 an ounce, its biggest one-day drop since 2013. “We attribute this to forced selling aimed at offsetting losses elsewhere and covering so-called margin calls,” said Carsten Fritsch, an analyst at Commerzbank.

The Vix index, one of the most closely watched measures of expected volatility in Wall Street stocks, jumped to as high as 49 — its highest since early 2009 — before easing to 40 by late afternoon. It has risen almost three-fold in the past week as traders look to hedge against further tumult.

“This is very difficult for central bank policymakers to handle,” said Dan Ivascyn, group chief investment officer at Pimco. “You have to respect the volatility in the markets when fear takes over.”

Investors have aggressively sold the riskiest US corporate debt — a market that is watched closely by the Fed as a proxy for investor sentiment and financial conditions. The premium in yield demanded to hold so-called junk bonds has lurched higher to 4.6 percentage points, from 3.7 points last Friday.

Oil prices fell further on Friday with Brent crude, the international benchmark, dropping 3.3 per cent to $49.99 a barrel. West Texas Intermediate, the US marker, fell 4 per cent to $45.21, its lowest level in four years.