US tech stands out as investors’ ‘most crowded’ trade 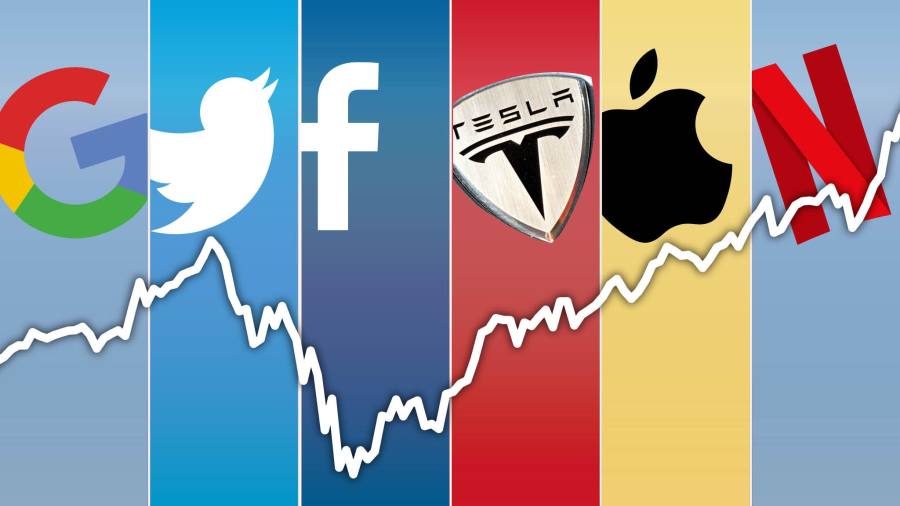 Fund managers are increasingly nervous about the rush into US tech stocks, with almost three-quarters of investors surveyed by Bank of America describing the popular bet on the sector as the markets’ “most crowded trade”.

In its monthly survey of investors, who between them manage $570bn, BofA described US tech and growth stocks as “the longest ‘long’ of all time”, as no other trade, such as positive bets on US government bonds or on bitcoin, has ever been singled out by such a large proportion of respondents.

The result reflects growing fears that such companies have become overvalued as buyers have piled in.

Stocks in large US tech companies, including Apple, Amazon and Netflix, have hit record highs in recent days, after becoming a haven for investors this year when coronavirus upended the corporate sector.

The NYSE Fang+ index of Big Tech companies has risen by almost half in 2020. It traded at a record intraday high on Monday, as did the broader Nasdaq Composite, which is now 14.5 per cent above the starting point of the year. By contrast, the benchmark S&P 500 equity index is still 3 per cent lower than at the start of January.

The proportion of investors worried about excessive valuations across the whole stock market dipped slightly from last month, but remained elevated, at 71 per cent.

Investors increased their already-overweight exposure to tech and pharma sectors in July, but they were wary of energy, banks and UK stocks, with exposure below historical levels.

Some investors appear to already be protecting themselves against a reversal in fortunes for the tech stocks. Investors pulled almost $500m last week from a highly leveraged exchange traded fund that tracks the sector.

A resurgence of the virus remained the biggest threat to equities, according to respondents to the BofA survey, which was conducted shortly after the first US states began to reverse reopening plans in the face of a rise in Covid-19 cases.

Fund managers were more downbeat than last month about the prospects for a swift economic rebound from the virus. The proportion expecting a V-shaped recovery fell to 14 per cent from 18 per cent. The most widely held view was for a slower U-shaped rebound.

Fears of a second economic hit from the virus rose sharply, however, as 30 per cent of fund managers expected a W-shaped trajectory, up from 21 per cent.

The caution was reflected in cash levels, which ticked up slightly to 4.9 per cent, after falling in June when investors shifted into higher-risk assets. Nearly two-thirds of investors said they would like to see chief executives strengthen their companies’ balance sheets.