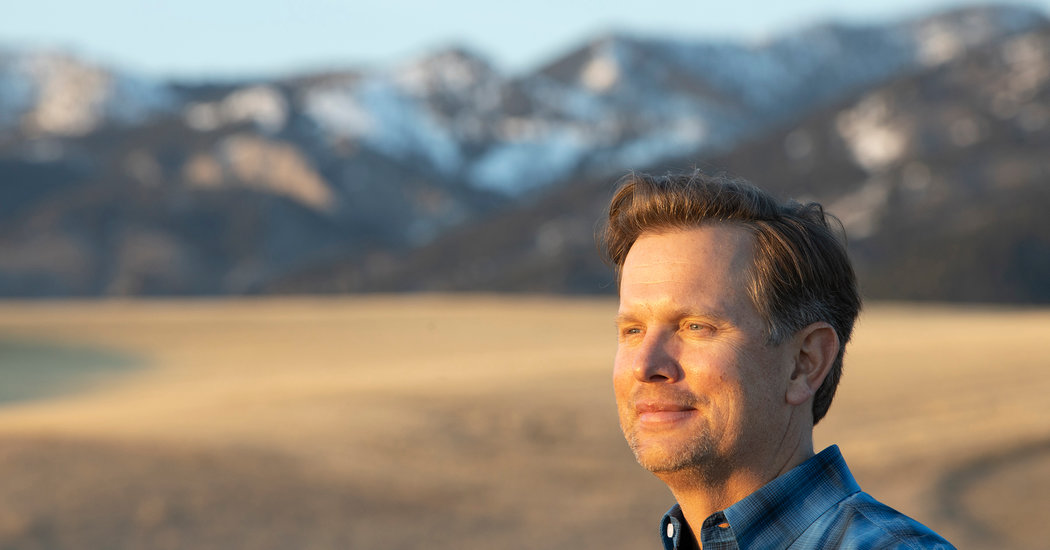 Will Price grew up traveling the world, the son of a globe-trotting banker, and became a venture capitalist in Silicon Valley. But when he wanted to raise a family, he moved to Montana and started a fund of his own.

“We moved just to get out of the Bay Area,” said Mr. Price, founder and general partner of Next Frontier Capital. “I wanted to bring capital to places where capital hadn’t previously invested.”

Mr. Price, 48, is part of a growing wave of V.C. professionals leaving the congested, costly coasts for quieter, less expensive locales where they are helping fund start-ups in places like Montana, Nebraska, New Mexico and North Carolina. No longer do ambitious young entrepreneurs have to relocate to California, New York or Boston to build a business. Start-up ecosystems coalescing across the United States have sparked a surge in small businesses, many with national or even global ambitions.

The trend, focused largely on software companies or online businesses, has been facilitated by cloud computing, which gives anyone with an internet connection and a credit card access to almost unlimited computing power. Beyond that, experts agree that a few key ingredients are necessary to get an innovation hub rolling: a nearby research university, local wealth and an airport with flights to the coasts.

In Montana, Mr. Price discovered several businesses that were profitable and growing. Submittable, a company based in Missoula, automates the processing of all kinds of online submissions, including job applications and peer review journal articles. When Mr. Price periodically visited its offices, he noticed another company that kept taking more space in the building. That was LumenAd, which sells software for digital advertisers so they can compare things like video views that are counted differently on different ad platforms.

“No one in Silicon Valley had ever heard of them before,” said Mr. Price, although the company was No. 29 on Inc.’s 2019 list of the 5,000 fastest-growing U.S. start-ups. Mr. Price persuaded Ryan Hansen, the company’s founder and chief executive, to let him invest. The subsequent $2 million funding round brought in strategic board members, who have helped Mr. Hansen, 34, look beyond regional markets to a global ones.

“Covid-19 will accelerate the demographic shift away from coasts,” Mr. Price said, echoing a sentiment heard from other V.C.s that the demand for capital may dip in a recession, but the inland trend will continue.

The big coastal venture firms, the Sequoia Capitals and Greylock Partners, do invest in start-ups in the interior of the country. But their appetite is generally conditional on being able to evaluate the businesses based on financial metrics: How much does it cost to acquire a customer? What’s the customer churn rate?

It typically takes several million dollars in revenue for companies to develop meaningful data, so the challenge for entrepreneurs between the coasts is how to raise enough money to build a business that has a track record to interest outside investors.

“It’s a catch-22,” said Mr. Price. “Without a local source of capital to get start-ups over that hurdle, the big firms will never look at you.”

These new hubs are following the trajectory of Silicon Valley, which got its start in the mid-1950s. But Silicon Valley — and New York City and Boston, the other places where start-up capital is concentrated — have been victims of their own success. Real estate prices have soared, salaries have surged and competition at all levels has intensified. For a young person, it is now almost impossible to buy a house in Silicon Valley or New York.

Even Mark Zuckerberg, the founder of Facebook, has said that he would not start a company in Silicon Valley these days. “The infrastructure exists for people to do stuff like this in more places,” he told a crowd in late January at a conference in Utah.

Tore Steen grew up outside of New York City and worked in Silicon Valley until the dot-com bust of 2001. After that he spent a few years in Atlanta before deciding with his wife that they wanted a less stressful lifestyle. They moved to Portland, and Mr. Steen, 51, worked at a website analytics company before the 2008 financial crisis interfered. “We made the tough choice not to pack up and scurry back to the Bay Area, because this is where we wanted to raise our boys,” he said.

Mr. Steen found an opportunity with a digital identity company, Janrain. Then, in 2013, he left to co-found CrowdStreet, a commercial real estate investment platform. His partner, Dino Vendetti, is another transplant from Silicon Valley, who had started one of the first early stage venture funds in Oregon years earlier.

Mr. Steen’s story is being repeated across the country, where venture funds are setting up to fund smart people who are coming out of local universities or corporate offices, or who are returning after years working in larger cities.

“After the financial crisis, the careers of many people stalled, and they moved to lower-cost, higher-quality-of-life places to reinvent themselves,” Mr. Vendetti, 58, said. He moved to Bend, Ore., in 2011 after years working in California’s venture capital industry. He visited 10 Western cities on start-up scouting trips and found that there were outstanding entrepreneurs in all of them struggling to find funding because there was insufficient local venture capital.

Many promising cities have angel investor groups formed by local investors. They are enough to get an entrepreneur started, but not to scale up to any size. “There’s usually a gaping hole in what’s classically called early stage venture capital,” Mr. Vendetti said. Having a $25 million to $50 million fund in a market is critical to completing the equation.

Without that, the most promising start-ups move to the coasts where the talent and money from their success stays. “The wealth that gets generated gets reinvested in the next wave of funds and start-ups,” said Mr. Vendetti, adding that very little of it makes its way back to the regional markets that the entrepreneurs came from.

In Canada, Jordan Jacobs, managing partner and co-founder of Radical Ventures, said that Toronto, too, had suffered from a lack of venture capital. Start-ups were steadily siphoned off to Silicon Valley. But the growth of artificial intelligence research in the university-rich region led even California funds to encourage A.I.-related start-ups to stay. They encouraged him to start a fund that could build start-ups into which they could then put money. “What was missing was local capital,” Mr. Jacobs said.

Mark Kvamme, the co-founder of Drive Capital in Columbus, Ohio, has $1.2 billion under management. He grew up in the Bay Area, worked at Apple in the early years, started and sold a company and went into venture capital with his winnings. Then, in 2010, Ohio Gov. John Kasich, a friend, asked him to come work on economic development. Mr. Kvamme never left.

“I think the best market for venture capital happens to be Middle America,” he said, adding that if the region were a country, the Midwest would be fourth largest by gross domestic product and include nearly half the U.S. population.

In 2019, Mr. Kwame, 59, said 6,000 companies came looking for capital. The Midwest could support a dozen more funds of the same size, he said. “If we had co-investors here, this place would be just going crazy.”

His investments include several robotics companies because there is so much manufacturing in the Midwest. One is a fully robotic vertical farm that produces leafy greens, spun out of Carnegie Mellon University. The Pennsylvanian start-up’s 60,000-square-foot solar-power warehouse grew 500,000 pounds of produce in its first year of operation.

Craig S. Smith is a former correspondent for The Times and hosts the podcast Eye on A.I.