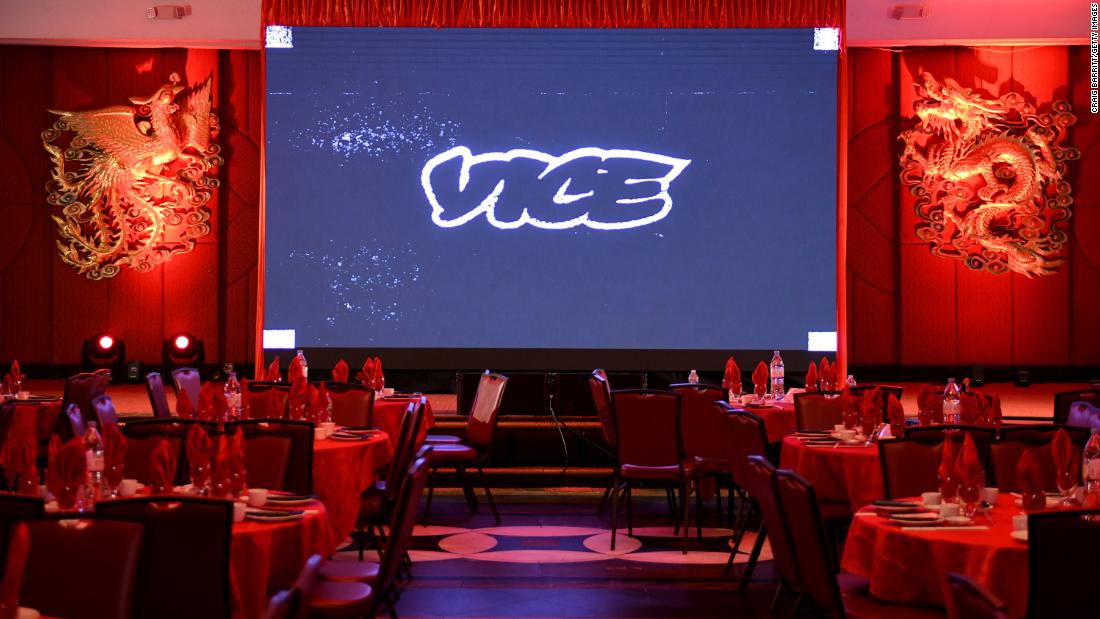 The NewFronts is an annual event during which digital media companies and advertisers strike deals based on upcoming content and products. The gatherings are typically held in venues around New York City, but this year’s NewFronts moved online because of the coronavirus pandemic.

Refinery29 was once a dominant presence at NewFronts. Its 2016 presentation, for example, included a light show and dancers on stage with an appearance by Academy Award nominated actress Gabourey Sidibe.
After participating in NewFronts every year since 2015, the company sat out on last spring’s event to focus on individual meetings with clients and on expanding its made-for-Instagram event, 29Rooms. When Vice Media acquired Refinery29 in October, CEO Nancy Dubuc described the media companies at the time as “two of the strongest independent voices in the industry.”
This year’s NewFronts started days after Vice Media announced that it had launched an internal investigation into allegations of toxic workplace behavior at Refinery29. The female-centric media brand was recently the subject of a lengthy investigation by CNN Business that included accusations that editor-in-chief Christene Barberich made some editorial decisions that some said had the effect of diminishing Black women and other women of color who worked at Refinery29 in addition to other allegations of inappropriate workplace behavior.

When asked about Vice’s omission of Refinery29 at Wednesday’s presentation, a spokesperson said in a statement, “The serious challenges of this time demand a focus on great journalism and news and therefore, our Newfronts highlighted our work in those areas. We have publicly and privately addressed the issues raised at R29 and continue to do so. We are strongly committed to real change and are hopeful that many in the industry, including CNN, are as well.”

The only mention of Refinery29 on Wednesday came toward the end of a 26-minute long presentation when Vice News Tonight correspondent Krishna Andavolu interviewed Dubuc.

“We’d had a transformative couple of years to really be coming off of all of the work that we’ve been doing throughout 2019, including the acquisition of Refinery29 and the expansion of Vice News and the building out of all of our lines of business,” Dubuc said. “I’m proud of how resilient and nimble the team has been.”

During that conversation, the screen cut from Dubuc and Andavolu to a short sizzle reel that featured a few seconds of images related to Refinery29.

Another CEO who presented at NewFronts earlier this week has also had to grapple with racism claims at his company. On Tuesday, Condé Nast’s chief executive Roger Lynch said the magazine conglomerate, which owns brands such as Vogue and The New Yorker, is committed to increasing diversity and that he will hire a new executive to lead that charge. Earlier this month, the editor in chief of Bon Appétit, one of Condé Nast’s most celebrated brands, stepped down after accusations of bias and a discriminatory culture.

“As society changes, Condé Nast is changing. You’ll see it in our content, our journalism,” Lynch said. “First up is change at Bon Appétit.”

On Wednesday, Vice Media announced launch of “The 8:46 Project,” billed as a commitment to expanding reporting on systemic racism, and “The 2030 Project,” a 12-month paid program for young people to produce content about the future across the company’s brands. The company also promoted the launch of Vice World News, which will include “hundreds of hours of international television, digital and audio news programming for audiences worldwide.”

In a separate NewFronts presentation later on Wednesday, Jesse Angelo, Vice Media’s president of global news and entertainment, said media companies should be more “transparent” about their diversity problems.

“We at Vice publish a diversity and inclusion report,” Angelo said. “Does that mean we’ve done enough? No. We certainly need to do more.”

In the conversation with Andavolu, Dubuc touted the diversity at Vice Media.

“Our organization is 40% non-white, which for any company frankly is a pretty impressive statistic. We have a much younger organization just by the nature of who we are and how it began,” Dubuc said. “What sort of drives it is that constant innovation.”