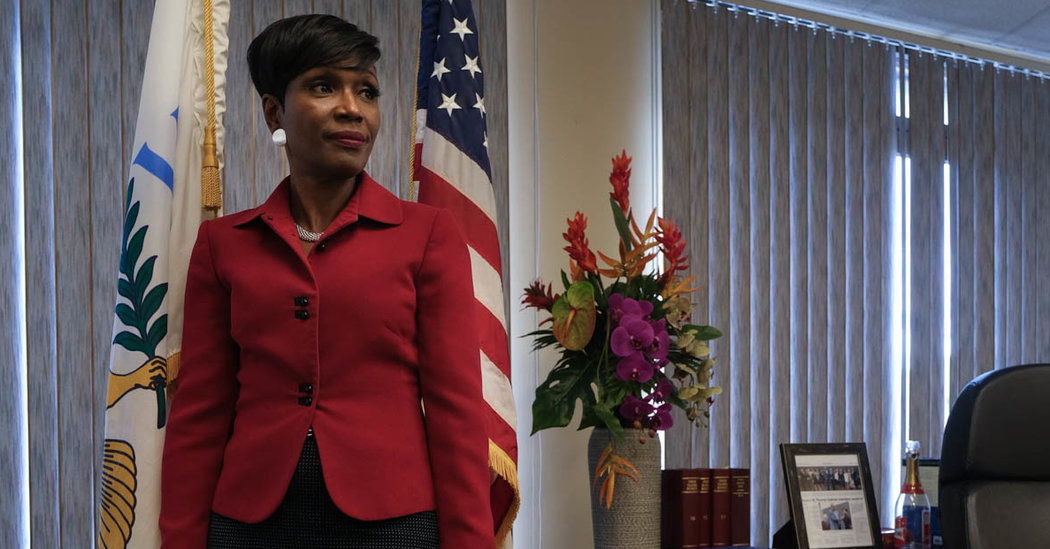 A top law enforcement official in the U.S. Virgin Islands contends a small bank set up there by the convicted sex offender Jeffrey Epstein engaged in a series of unexplained transactions involving tens of millions of dollars before and after his death.

The attorney general for the Virgin Islands, Denise N. George, said in a court filing last week that representatives for Mr. Epstein’s estate “have not explained these irregularities” over the transactions. Ms. George offered that as one reason she was opposed to lifting a criminal-activity lien she placed on much of the financier’s $600 million estate because of the federal sex-trafficking allegations against him before he died.

The transactions — totaling $39 million — involved Southern Country International, which Mr. Epstein established in 2014. The bank was an international banking entity permitted to handle money only from nondomestic customers, and Ms. George said some of the transactions appeared to violate the bank’s charter.

Andrew Tomback, one of a team of lawyers working for the estate, did not respond to a request for comment. But in an email included as an exhibit by Ms. George’s office, Mr. Tomback said the issues raised about the bank transactions were “based upon both incomplete information and faulty assumptions, and thus are incorrect.”

In the filing, made Thursday, Ms. George said her office could find no record of a $15.5 million loan the estate said Southern Country had made to Mr. Epstein to pay for his criminal defense. The estate had cited the loan as the reason for some $12 million in net transfers to the bank in December.

Her office also said there was an unexplained transfer of $24 million from the bank to Southern Trust, a company that Mr. Epstein founded and said was engaged in DNA research and analysis.

In April, the estate said Southern Country had repaid a loan late last year to a company associated with Mr. Epstein’s estate, but that filing did not disclose the name of the company or the amount of the payment.

“It is perplexing that one set of transactions is confirmed by relevant records, but that the questioned $15.5 million loan is not,” lawyers for Ms. George’s office wrote in a letter included in the exhibits.

In the same letter, the lawyers also noted that accounts controlled by Darren Indyke and Richard Kahn, the coexecutors of Mr. Epstein’s estate, had deposited about $9 million into the bank in November. Both men were longtime business advisers to Mr. Epstein.