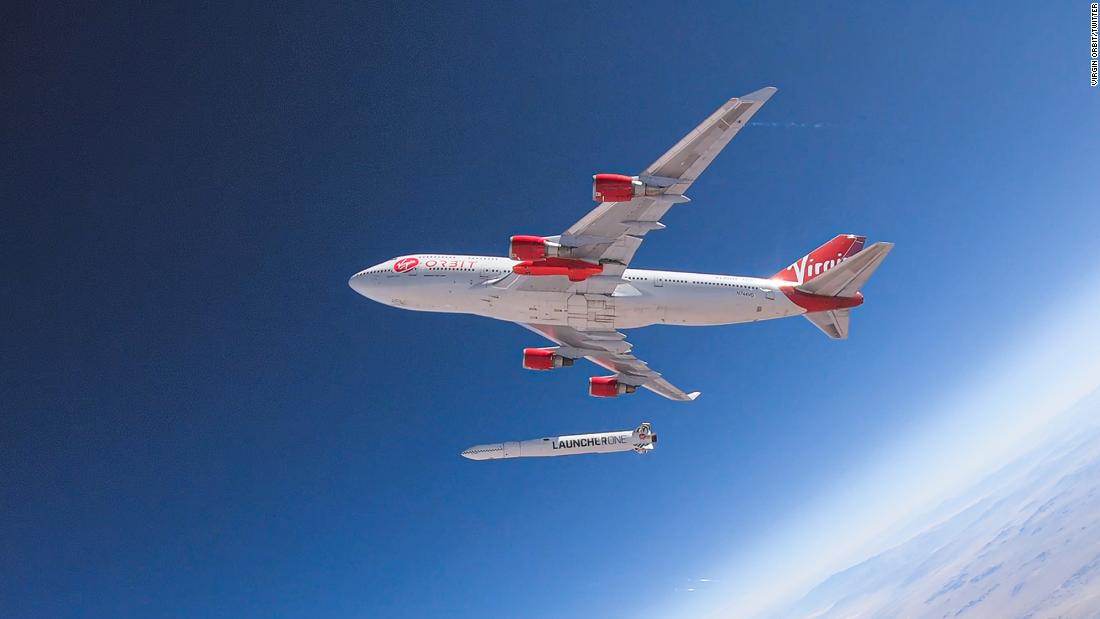 The launch would have seen the rocket — Launcher One — “ignite its engine mid-air for the first time,” according to a news release. However, the rocket experienced an issue.
“We’ve confirmed a clean release from the aircraft,” Virgin Orbit tweeted. “However, the mission terminated shortly into the flight.”
The company later tweeted that the rocket experienced an anomaly in its first-stage flight.
“As we said before the flight, our goals today were to work through the process of conducting a launch, learn as much as we could, and achieve ignition. We hoped we could have done more, but we accomplished those key objectives today,” the company said.

Virgin Orbit indicated in a news release that the “mission safely terminated,” but what happened to the rocket is unclear.

The company wants to fire satellites into orbit using rockets that launch mid-air from under the wing of a plane. The company previously said the demo “marks the apex of a five-year-long development program.”

“Launching from the Earth to space is mind-bogglingly difficult,” it said in a news release. “Thousands of components all need to function as planned while controlling high energy and flying at incredibly fast speeds. The vehicle’s structures must be robust enough to tolerate traveling at up to 18,000 mph without disintegrating; the temperatures and pressures of its propellants can’t be too high or too low; every internal valve must click open and closed in perfect synchronicity…”

Virgin Orbit did not respond to request for further comment on Monday.

– Jackie Wattles contributed to this report