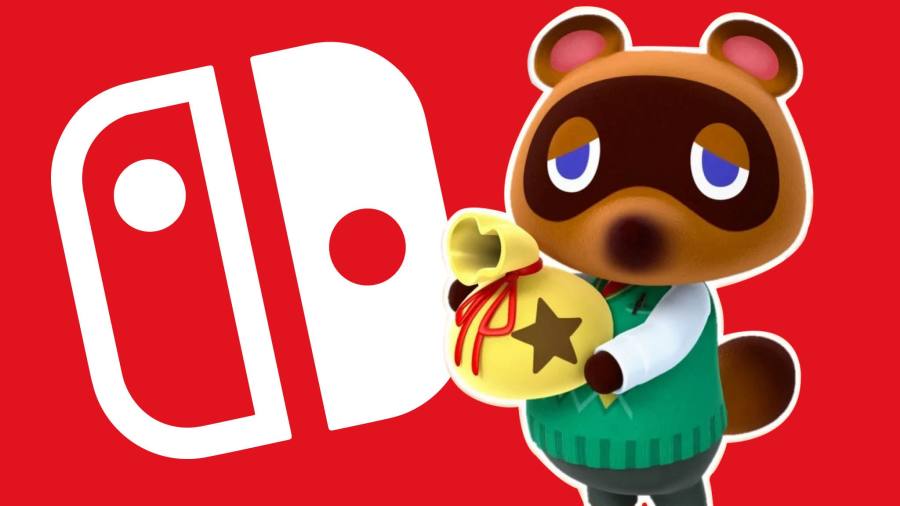 Savers at the Bank of Nook are being driven to speculate on turnips and tarantulas, as the most popular video game of the coronavirus era mimics global central bankers by making steep cuts in interest rates.

The estimated 12m players of Nintendo’s cartoon fantasy Animal Crossing: New Horizons were informed last week about the move, in which the Bank of Nook slashed the interest paid on savings from around 0.5 per cent to just 0.05 per cent.

The total interest available on any amount of savings has now been capped at 9,999 bells — the in-game currency that can be bought online at a rate of about $1 per 1.9m bells.

The abrupt policy shift, imposed by an obligatory software update on April 23, provoked fury that a once-solid stream of income had been reduced to a trickle with the stroke of a raccoon banker’s pen.

“I’m never going to financially recover from this,” one player wrote on a Reddit online forum. “Island recession incoming,” said another.

The shock Bank of Nook rate cut mirrors efforts by monetary authorities around the world to ease the effects of coronavirus by cutting rates and lowering longer-term borrowing costs through vast bond-buying programmes.

Total worldwide stimulus announced in recent months comes to about $14tn, according to the IMF, after adding in various government spending packages. Such activity has given a big lift to asset prices, from stocks to junk bonds.

“We used to think this easing was all temporary but we’ve clearly crossed the Rubicon and it’s now permanent,” said Albert Edwards, a strategist at Société Générale.

“Now that the [Bank of Nook] has cut interest rates to near zero, their next logical step is quantitative easing. It’s essential that players try to hook their game up to their printers as it might start churning out money,” he joked.

The latest instalment in the Animal Crossing series, which was launched by the Kyoto-based games maker in late March for use on its Switch console, has proved to be a well-timed addition to its catalogue as customers look for diversions during lockdown. The game thrusts the player on to a chirpy, violence-free ecosystem of insect collection, home improvement and resource extraction, where economic activity is often dependent upon bank lending.

It did not take long, however, for players to spot that they could defraud the game’s bank by depositing large sums in saving accounts and then “time travelling” into the future by tweaking the console’s internal clock. The bank duly pays decades of compounded interest, making rapid bell millionaires.

People familiar with the situation said the Bank of Nook rate cut was an attempt to curb that practice. Nintendo has made no official comment on the matter.

As many users pointed out online, the much lower interest rate means that the most effective way of making money is now to gamble on the game’s internal “stalk” market — a bourse in which the only commodity is turnips, sold to investors during a single session on Sundays. The root vegetables rot and their value drops to zero after a week.

Players can also make money by catching and selling tarantulas, which fetch 8,000 bells apiece. However, the spiders are hard to find, appear only after 7pm local time and are dangerous, as a bite causes players to faint.

Users on the Nintendo Life discussion site said that in several respects, the behaviour of Nintendo, the Bank of Nook and its customers had echoed the experiences of Japan’s financial industry and its now 20 years of life under near-zero interest rates.

Savers were informed about the cut in a short message from the bank’s raccoon-like manager, Tom Nook, who apologised for “any inconvenience” and offered a compensatory gift of a floor mat shaped like a bell.

As some users went online to question the economic rationale behind the rate cut, others railed at the “brutal capitalist instincts” of the financier and his monopolistic position on the imaginary island.

One user suggested a protest against the bank in which everyone withdrew their savings and instead stashed them under the mattresses of their virtual homes. But others said the logic behind the bank’s move was sound.

“It’s a change to keep the game realistic,” Yellowbeehive said on Reddit. “With interest rates on home loans being 0 per cent it makes sense that interest rates on savings would be minimal. The Bank of Nook isn’t a charity and has multiple investments to maintain.”