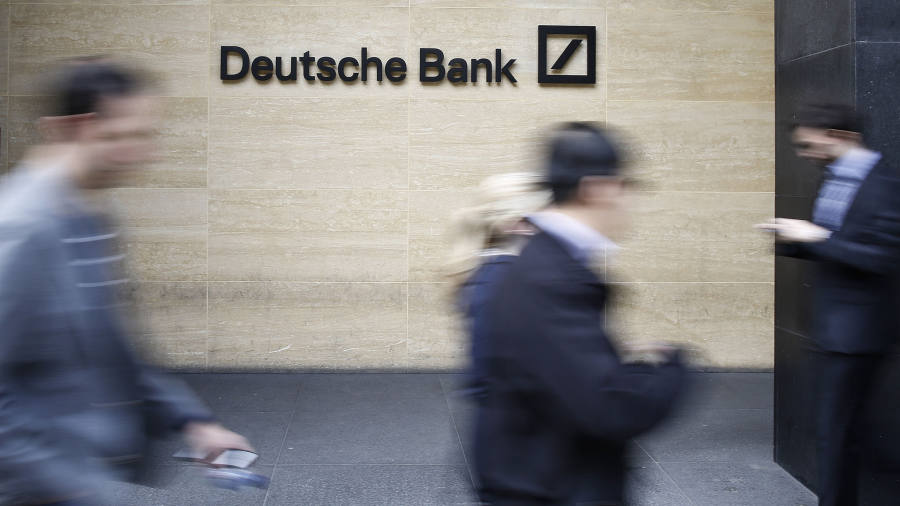 Fading demand for risky European bank debt has undermined a new bond from Greece’s Piraeus Bank, sending its price below 80 cents on the euro less than a month after it was issued.

Strong appetite for riskier bank bonds at the start of this year led to a spate of deals from lenders that had previously struggled to access the market. Last month Deutsche Bank, for example, successfully issued its first “additional tier 1” (AT1) bonds for six years.

But the spread of the coronavirus has severely weakened bids for such bonds, in what analysts at CreditSights described as a “gruelling week” for European bank debt.

The sell-off threatens to inflict losses on investors who have this year piled into riskier bonds from financial institutions at record-low yields. While AT1 bonds were one of the best returning fixed-income assets last year — with ICE Bank of America’s index posting total returns of more than 17.5 per cent — investors are now sitting on losses so far in 2020.

Financial institutions issue different types of debt that vary in terms of how exposed they are to losses during a crisis. The AT1 bonds at the bottom of this capital structure are the most equity-like because the bank can write them off in times of stress and they have a perpetual maturity, meaning the principal does not need to be repaid.

Greece’s Piraeus Bank has none of these riskiest bonds outstanding. However, the bank did sell €500m of “tier 2” bonds — which rank slightly higher than AT1s — at a yield of 5.5 per cent on February 12, after receiving more than €3.5bn of orders. On Monday, the bond’s price fell to just 79 cents on the euro, meaning it has lost more than one-fifth in value in a little over three weeks. The bond’s yield, which moves inversely to its price, has now climbed above 10 per cent.

One hedge fund manager described this as a “frankly shocking performance” for such a recently issued bond. He added that demand from Asian investors for riskier bank debt had helped fuel the frenzy at the start of the year. “The presence of Asian funds has been marked on recent bank capital issues,” he said. “The reach for yield has been strong.”

Greece’s financial sector is still extremely fragile, with more than 40 per cent of Greek banks’ loans considered “non-performing” following the country’s deep financial crisis. Investors have shown more willingness to back Greek banks recently, however, as the EU recently approved a government scheme designed to help lenders rid themselves of toxic assets.

Greece’s Alpha Bank, for example, was able to issue €500m of tier 2 bonds last month, which are now trading at 90 cents on the euro.

CreditSights data shows that European banks have issued over €10bn of AT1 bonds this year. The highest proportion has come from Italy, with four banks raising a total €3.5bn.

Intesa Sanpaolo locked in the lowest coupon yet seen on an Italian AT1 bond, when it paid just 3.75 per cent to raise €750m on February 20. That bond has also traded down sharply in recent trading, quoted at just 92.5 cents on the euro on Monday, equating to a yield of around 5.5 per cent.