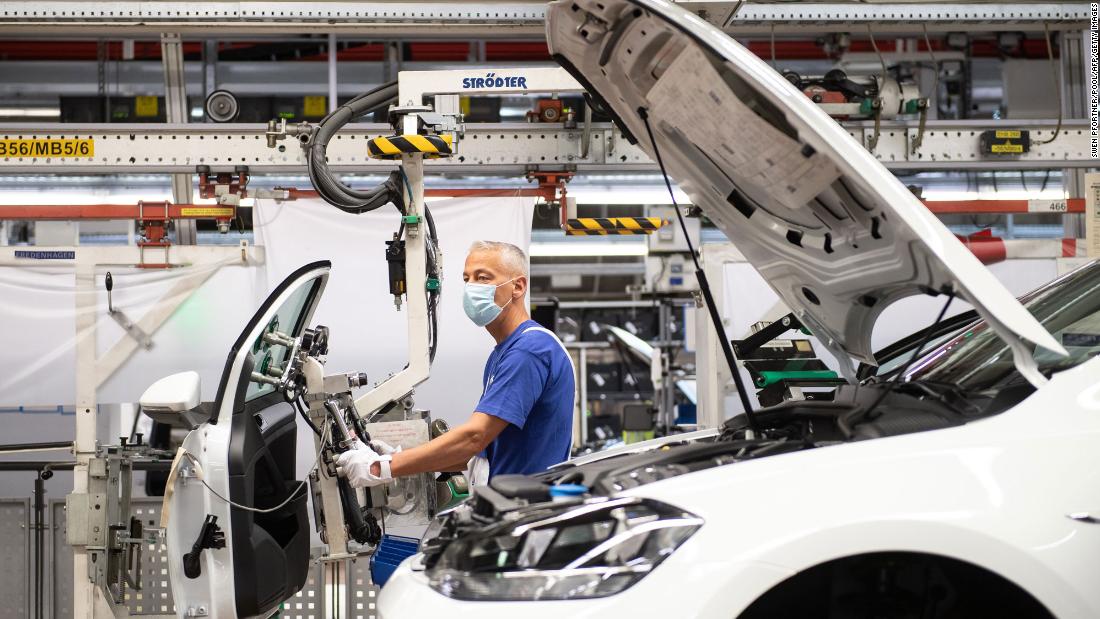 The world’s largest carmaker said Wednesday that first-quarter operating profit plummeted to €904 million ($978 million) from €3.9 billion ($3.3 billion) a year ago, as vehicle sales fell. It warned that profit for the full year would be considerably below 2019, but still positive.
Volkswagen (VLKAF), which also owns the Audi, Porsche and Seat brands, said group vehicle sales fell 25% to 1.9 million. Deliveries to customers were down 23% at 2 million.

“The global Covid-19 pandemic substantially impacted our business in the first quarter. We’ve taken numerous countermeasures to cut costs and ensure liquidity and we continue to be robustly positioned financially,” Volkswagen’s chief financial officer Frank Witter said in a statement. “The Volkswagen Group is steering through this unprecedented crisis with focus and determination,” he added.

Carmakers have had to contend with a slump in demand for vehicles and huge disruption to their operations, as measures to curb the coronavirus pandemic shut down factories and kept customers at home. Ford (F) on Tuesday posted a $1.9 billion loss for the first quarter, warning that this would balloon to $5 billion in the current quarter.
Volkswagen and other major carmakers have begun gradually restarting vehicle production across Europe. The German automaker opened its biggest plant in Wolfsburg, Germany on Monday after the longest shutdown in its 82-year history. Almost all of its factories in China, the world’s biggest car market, are already back at work.

The group has made 100 changes to the way it operates, as it tries to restart business without risking the health of hundreds of thousands of workers. “The health of our employees and suppliers remains the clear priority here,” said Witter.

Volkswagen said it expects sales and profit to be “severely below the prior year, but still to remain positive.”

Volkswagen and other German carmakers, BMW (BMWYY) and Daimler’s (DMLRY) Mercedes-Benz, are expected to fare better than rivals because of their heavier exposure to China’s recovery from the pandemic, Ferdinand Dudenhöffer, founder of the Center Automotive Research at the University of Duisburg-Essen, told CNN Business last week.
Car sales in Europe will take at least 10 years to return to 2019 levels, Dudenhöffer said.