Volkswagen will begin reopening its European car plants next week 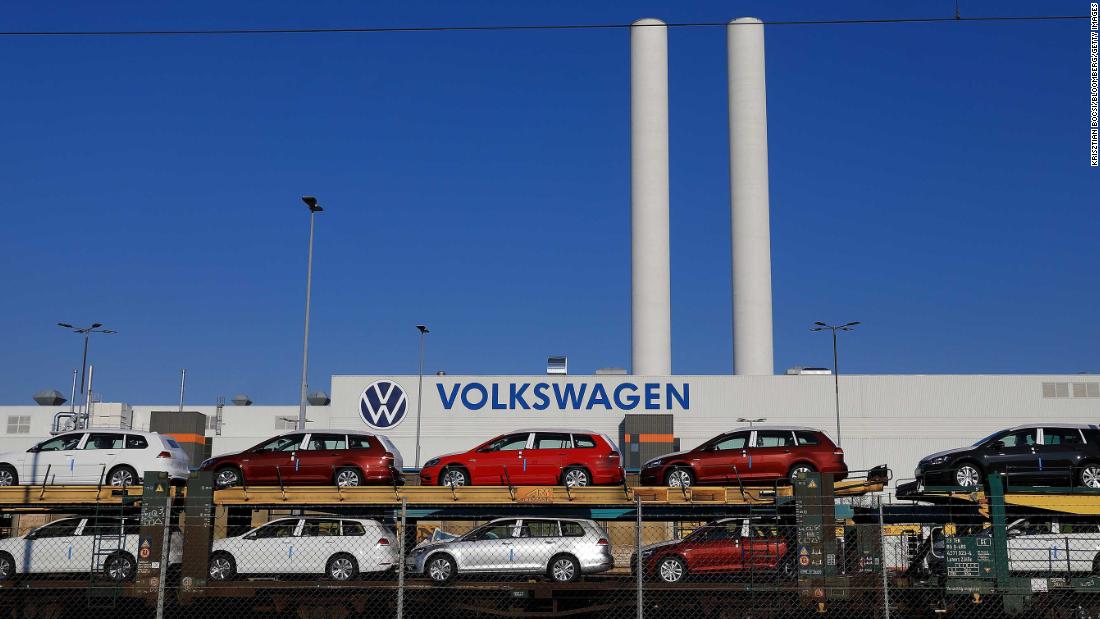 Volkswagen (VLKAF) said in a statement Wednesday that production of its passenger car brands will resume at plants in Zwickau, Germany and Bratislava, Slovakia starting the week of April 20, after a month-long shutdown.

Other plants in Germany, Portugal, Spain, Russia and the United States will restart production the following week, with South Africa, Argentina, Brazil and Mexico expected to follow in May, the company said.

“With the decisions by the federal and state governments in Germany and the loosening of restrictions in other European states, conditions have been established for the gradual resumption of production,” Ralf Brandstätter, chief operating officer of the Volkswagen brand, said in a statement.

Italy, Denmark, Austria, Spain and the Czech Republic are also beginning to ease limits that were placed on daily life to curb the spread of the coronavirus. Around 300,000 nonessential workers are estimated to have gone back to their jobs in Spain’s Madrid region on Monday.
The lifting of restrictions will be a relief for the auto industry, which was already facing a steep recession before the coronavirus pandemic shuttered plants and brought manufacturing in Europe to a standstill.

But restarting production at busy factories will be a challenge. Volkswagen said it has put in place 100 measures to keep the risk of infection among employees as low as possible. The company employs about 490,000 people in Europe, the majority of its global workforce of around 670,000.

“We have never developed, produced and sold vehicles under these conditions before,” said Bernd Osterloh, chairman of Volkswagen’s works council.

“This is why I expect our managers to ensure that employees are thoroughly familiar with the new procedures. Taking the time to answer questions is more important now than daily production figures,” the company’s top labor representative added.

Production will be resumed in line with the availability of parts, government requirements in Germany and Europe and the demand for cars, the company said. Employees at Volkswagen plants in Germany will initially work reduced hours.

Volkswagen said it has already resumed production of parts in several locations in Europe in order to safeguard the supply to China, where 32 of its 33 plants have reopened. No cases of coronavirus have been reported among employees in China, it said.

— Eoin McSweeney contributed to this article.